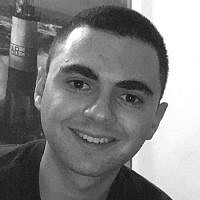 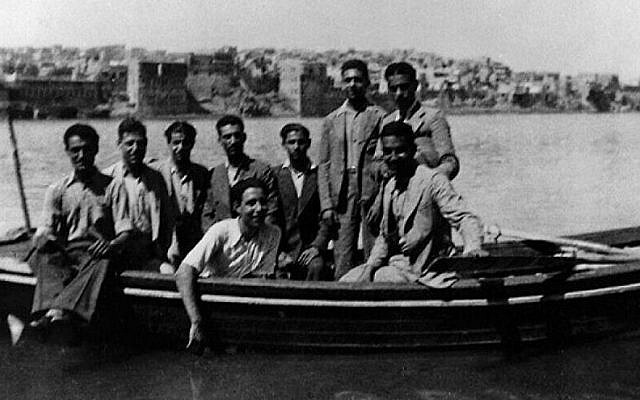 This November CAMERA on Campus launched the #MizrahiStories campaign to celebrate, commemorate and educate on the experiences of Jewish communities settled in the Middle East, North Africa and Asia since Biblical times. In Hebrew, these groups are labelled as Mizrahim, literally: Jews of the East, though indeed technically speaking North Africa is not East of Israel, this has become the most widely used term. Until the seventeenth century, Mizrahim composed the majority of the world Jewish population, and today they make up over half of Israeli Jews. Towards the end of the 1940s and into the 1950s, around 850,000 of Jews (over ninety per cent of these communities)  were forcibly uprooted from their homes in the Muslim world, where they had existed for over 2000 years in some cases. Most fled to Israel, where they sought refuge and a new life. This story is a largely untold one, even within the British Jewish community, where over eighty per cent are of Ashkenazi descent and thus most attention is directed toward their historic communities in Europe. The Mizrahi story is even less well known in the international community, who often focus disproportionately on the Palestinian exodus.

On November 17, CAMERA on Campus UK, Birmingham Israel Society and University College London Friends of Israel virtually hosted Dr Itamar Marcus, the chair of Palestinian Media Watch. While chairing the event, I asked Marcus how the Mizrahi exile is perceived within Palestinian society, and whether politicians and media deny that these stories of persecution and expulsion even occurred, as they often do with the Holocaust. Marcus explained how many leaders, Palestinian and otherwise, occupy a  culture of silence when it comes to the Jewish exodus from Muslim lands. Many, including western intellectuals, propagate the “Golden Age of Coexistence” myth debunked by historian Bernard Lewis, and easily proved otherwise by the evidence for events such as the 1941 Farhud Pogrom in Iraq, in which hundreds of Jews were killed or injured. Many of them also demand that these Jews return to their countries of origin immediately so Palestine can be fully liberated. Marcus expressed his impression that, as long as the Palestinian leadership continue to deny and rewrite history with fabrications, and reject any Jewish claim to the land, it is very difficult to imagine a path toward peace.

But, why are Mizrahi Jews presented in this hostile and distorted manner? Marcus’ presentation exposed the shocking levels of incitement, the glorification of terrorism and appalling anti-Semitism (a hatred that does not discriminate between Ashkenazi and Mizrahi) that is unfortunately almost ubiquitous in the Palestinian media. These themes are not just consigned to certain groups like Hamas and Islamic Jihad that many in the West understand to be extreme, but also pervade the supposedly moderate Palestinian Authority. Marcus demonstrated how PA figures are often guilty of engaging in duplicitous and hypocritical language. Nowhere better can this be evidenced than the behaviour of PA President himself, Mahmoud Abbas. Abbas likes to speak in the innocent language of peace, equality and justice when addressing international forums such as the UN – but dons a markedly different tone when addressing his own constituency. Marcus presented videos of Abbas proclaiming that the actions of Jews themselves caused their persecution in Europe, and by extension, the Holocaust, labelling them as usurers. We saw him extolling acts of ‘martyrdom’, otherwise known as suicide bombings and terrorism, whilst erasing any Jewish connection to the land.

Another takeaway from Marcus’ presentation was the prevalence of religious fundamentalism within Palestinian media and how this informs its antisemitic rhetoric. When discussing the conflict in their native language, Palestinian public figures rarely frame it as a dispute over borders or territory, but rather make the argument that this an existential centuries-old conflict between good and evil, between ‘Allah’ and ‘Satan’. The antisemitic Islamist sentiment of PA radicals have always seen Jews as the other, including Mizrahi Jews, and thus do not only want “European” Jews to leave.  It is a religious duty in their eyes, obligated by Islamic scripture, to wage a genocidal Jihad on the Jewish state. No clearer are such sentiments expressed than by Mahmoud Abbas’ personal adviser on religious and Islamic affairs, Supreme Sharia Judge Mahmoud Al-Habbash, who routinely calls for terrorism and belligerence, using religious doctrine as justification. By labelling Israeli Jews as ‘transgressors’, Al-Habbash proclaims that, according to the Quran, they are suitable targets for bloodshed.

Marcus’ presentation made clear not only the need for more education on the internal realities of the Palestinian regimes in both Gaza & the Palestinian Authority but the need to incorporate the neglected Mizrahi struggle into our understanding of the Arab-Israeli context inside and outside of the region.

About the Author
I am a British Jewish student studying mathematics at the University of Birmingham in the U.K. In my spare time I represent the Union of Jewish Students (UJS) on the Board of Deputies of British Jews. Additionally, I am the chair of the Birmingham Israel Society, a student led initiative dedicated to educating the wider population around the culture, politics and history of the modern Jewish state. In a similar capacity I am a fellow for CAMERA on Campus.
Related Topics
Related Posts
Comments