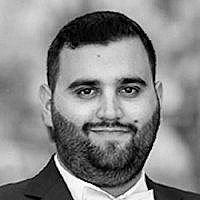 For many years, I have had to explain Modern Orthodox Judaism to friends and family who don’t fully understand the concept. As a linguist, I love the innately paradoxical term, “modern” – meaning new and up to date; and “orthodox” – meaning following an ancient, traditional doctrine.

Despite many of the ideological differences found between these sister sects of Judaism, there is one glaring issue in common, an issue that, in my opinion, is set to become more and more problematic over the coming years.

Tzniut – modesty – is the hot-topic of the day and it’s about to set a fire under every major influential figure in Modern Orthodox Judaism.

The reason? A gross double standard currently prevalent among us who feel we can live our life on the border of traditional values and modern realities.

Maybe it’s because I’m from a Southern Californian beach-town. Maybe it’s because my family is Ba’alei T’shuva. Maybe it’s because I went to a non-denominational Jewish day school, and was the only Modern Orthodox kid in, well, the whole school. But I have always had an issue with equality and Judaism. In my youth, I thought it was unfair that girls didn’t have to wear tzitzit, yet I got bullied for it. At my bar-mitzvah, at the time already somewhat more mature, I spoke about the gift of extra mitzvot bestowed upon man, and the gift of the knowledge of self-worth bestowed upon women. The further educated I became in my Judaism, the more I understood that the dichotomy of Judaism was not a one of inequality, but rather of simple differences. Men and women were different, but still equal.

But in these past few months, that kid in me that took issue with the differences between men and women has come back.

The #MeToo movement brought many extremely important issues to light. The Modern Orthodox response was appalling. As my own friends and family began sharing their own stories of facing sexual assault, they were met by heavy opposition from the Modern Orthodox community telling them they shouldn’t spread Lashon HaRah – slanderous speech – using a long-standing Jewish ideology to defend the indefensible.

Fast forward to the issue that led me to finally speak out. On May 18th, 2020, the temperature in Israel was 40°C (104°F) and a group of pre-teens showed up to school in shorts as a means of dealing with the excessive heat. The girls were not allowed to join their peers in their classroom, despite having spent 2 months of learning from home due to the COVID-19 pandemic and being excited to return to a semi-normal routine.

The event has since taken Israel by storm, with young women from all over the country wearing shorts to school in protest of the horrific response to the original case.

The loudest silence has been found in the Dati Leumi community of Israel, who have in general barely commented, with outgoing Education Minister and Dati Leumi Rabbi – HaRav Rafi Peretz – eerily reticent. Categorically outspoken leader of the Dati Leumi political party -Naftali Bennett – who happens to be a resident of the city where the story broke – has been equally unheard, while his female deputy Ayelet Shaked ignores the issue to focus on her new role in the Knesset’s opposition.

It’s not just the Dati Leumi party that has stayed silent on the issue, but also Dati politicians from a plethora of camps, and influential rabbis of the community.

On the one hand, as a Dati Leumi Jew I understand being uncomfortable with the shorts that the girls wore to school. The argument is easily made that these shorts do not follow the traditional guidelines of tzniut as they have been practiced for millennium. It is due to that fact that I will not focus on whether or not it was correct to punish these girls for their choice of attire (although I must note that it was not a religious school, rather a state-run, non-denominational school).

Instead, I am electing to focus on the double standard that makes the silence of the Dati Leumi community all the more problematic. Whereas Haredi (Ultra-Orthodox) Jews have very clear-cut rules regarding tzniut, both for men and women, as does Reform Jews, Modern Orthodoxy has fallen behind the curve. You’ll never see a Haredi man walking around topless in the middle of Jerusalem, nor will you find a Reform Jew on a Tel Aviv beach yelling at a young woman to put on more clothes.

Yet, in the Modern Orthodox community, it wouldn’t take long to find a young man going for a jog in European-style short-shorts that leave little to the imagination, while it is scandalous for a young woman to work out in similar attire.

There is only one reason for this glaring, problematic double standard – the objectification of the female figure.

As I prepared for my wedding, my friend and advisor noted to me that many young Dati men are surprised to discover that their wives are equally as attracted to their husbands’ bodies as husbands are to their wives’ bodies. This is the shocking reality of the Dati Leumi community, in which women’s bodies are over-sexualised, yet men’s’ bodies are not.

While Modern Orthodoxy has made waves in women’s rights, such as appointing female Rabbaniyot, and in tzniut largely through the programme of Yoetzot Halacha, there is still much work to be done. While Modern Orthodox men enjoy the freedoms of “modernity” women are still disproportionately expected to uphold “orthodox” tradition.

Modern Orthodoxy is at a crossroads – currently facing its next big problem. It is either time to accept the same stringencies on men as we do on women, or to allow equal expression without degradation. If Dati women are not allowed to wear short shorts, neither should it be acceptable for Dati men. Regardless, it’s time to educate the Modern Orthodox community about the beauty and sexuality of all people and prepare the next generation of Modern Orthodoxy to be – at last – truly equal.

About the Author
Ari was born in California to an American father and Canadian mother. At 18, he moved to Israel to attend yeshiva and serve in the IDF's CoGAT unit. After his release, Ari married his wonderful wife Rebecca and began studies at Hebrew University in International Relations and Linguistics. All views expressed are his own and reflect no official position.
Related Topics
Related Posts
Comments