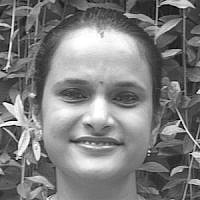 The Blogs
Debalina Ghoshal
Apply for a Blog
Please note that the posts on The Blogs are contributed by third parties. The opinions, facts and any media content in them are presented solely by the authors, and neither The Times of Israel nor its partners assume any responsibility for them. Please contact us in case of abuse. In case of abuse,
Report this post.

This year marks the twenty-fifth anniversary of Indo-Israeli relations. This year would mark a historic event as Prime Minister Narendra Modi would visit Israel scheduled to take place in June. This visit is historic as it would be the first ever visit of an Indian Prime Minister to Israel. One of the integral components in strengthening bilateral relations is defence and military cooperation. And as Modi prepares for his Israel visit, strengthening defence cooperation would surely be an important agenda.

Ever since Modi came into power in 2014, India has been more outspoken about the burgeoning relations with Israel. Since the elections in May 2014 until November 2014, Israel exported $662 million worth Israeli defence equipment and weapon systems to India. Israeli Defence Minister, Moshe Ya’alon has also visited India in February 2015 followed by Indian President PranabMukherjee’s visit to Israel the same year. Later in November 2016, Israeli President Reuven Rivlin visited India. In all these visits, increasing defence cooperation was a major focus.

India’s ‘Make in India’ agenda involves the strategy of concentrating on co-development and co-production as well as transfer of technology. Israel has been a supportive partner to strengthen India’s ‘Make in India’ agenda. India has made progress with the purchase of Spike anti-tank missiles which it chose over the US Javelin missiles. After much negotiation with Israel over pricing of the weapon system, India and Israel have agreed to cooperate and in May 2016, India reached an agreement to acquire 275 launchers and 5500 spike missiles from Israel. It has been decided that after the initial off the shelf of a humble number of missiles, India’s Bharat Dynamics Limited would produce the same at home for the two decades. Prior to this, the same year in February, India’s private firm Punj Lloyd Limited and Israeli Weapon Industries have agreed to collaborate on joint venture to develop small arms. Indian Army’s special forces already use the Israeli made 5.56mm Tavor assault rifles that have greater capability in counter terrorism operations.

Israel also agreed to collaborate with India on missile defence cooperation to develop an integrated missile defence system. Israeli Aerospace Industries (IAI) and BEL agreed to co-develop a mobile radar system for the Prithvi Air Defence system. In 2015, India’s DRDO and Israel’s IAI has agreed to co-develop Long Range and Medium Range Surface to Air Missile (MR-SAM) systems.  India has already successfully test fired the Israeli Barak-8 surface to air missile system that has a range of 70 kms and are capable of intercepting missiles that are targeted against sea-vessels.

Modi’s visit to take the cooperation ahead

Modi is expected to ink a deal of $2.5billion to develop jointly MR-SAMs. Also in the pipeline are the plans to develop third generation Spike Anti-tank guided missiles, Spyder quick reaction SAM, and to acquire two additional Phalcon Airborne Warning and Control Systems. India has already deployed the Israeli made Unmanned Aerial Vehicles (UAV) for surveillance purpose, but also in 2016, to enhance its deep strike capability, India has signed a deal with Israel to acquire the HeronTP unmanned combat aerial vehicle that would be capable of launching guided munitions and tactical missiles.

India’s defence cooperation with Israel in the coming years will only grow from strength to strength. Both India’s private sector enterprises like the Tata Advanced Systems and Mahindra and Mahindra to name a few and public sector ones like the Hindustan Aeronautical Limited and Bharat Electrical Limited are actively cooperating with Israel to gather technological expertise from Israel in order to make India self-sufficient in its defence sector. For Israel, India is a big defence export destination as well as there is a scope for big business opportunities in the Indian defence market.

About the Author
Debalina Ghoshal is a Research Fellow with the Centre for Human Security Studies, Hyderabad.
Related Topics
Related Posts
Comments