Last December, after my mom had had the second of several strokes, we were in the hospital room, TV on, her in bed and me sitting by her side. On the news Trump appeared, talking about walls and immigrants.

My mom had pretty strong political opinions, but she wasn’t known for expressing them the way she did that day. A stream of invective flew out of her mouth, as she grimaced and exclaimed what a travesty Donald Trump was, all of him, his racism, his hatred, his sexism, his hair. This was many months before he was the nominee, before his “sex tape” came out, before so many spectacular new lies came out of his mouth. But she had plenty enough experience to recognize abusive men.

Moments later a black nurse came in, and she surprised us both with approving words about Trump. It was all I could do to steer the conversation to safer territory.

It was horrible for us that my brother and I lost my mother this year. But I’m glad she didn’t suffer through this election. Just as I was glad in 2008 that my father didn’t live to see the financial crash that wiped out most of his estate.

My father was a self-made businessman in every sense. He grew up fighting in gangs in Manhattan’s Hell’s Kitchen, dropped out of high school, and eventually got a break selling insurance. Three times he built a brokerage firm and sold it to a bank. He would have never accepted Trump as a self-made man.

During my father’s illness, he cursed even less than my mom. Not that he was shy about cursing – he was happy to say something if he thought it would shock someone. But even when he was lying in hospital, and I had to chase down nurses two and three times at all hours to get him his pain medication, he didn’t curse about it. The only time I did hear him curse, during that whole interminable stretch of time, was when we were watching the Phillies and the shortstop made an error.

That year the Phillies won the World Series, but Dad died before he got to see his beloved team triumph. So, you win some, you lose some. It doesn’t matter when you pass on to what the Jewish faithful call “Olam Ha-emet” – the world of truth. No matter when it happens, you will miss out on some triumphs, just as you’ll miss out on some horrors.

My mother, as it has turned out, missed many months of horrors, months where she might have stared in disbelief at the TV, cursing and swearing. But, if God allows us, she will have missed out on something else, something that would have meant more to her than anything I can imagine (besides of course the lives of her sons and her sister, and their partners, and her nieces and nephews and most of all her grandson). She will have missed out on voting for and seeing elected the first woman President of the United States. 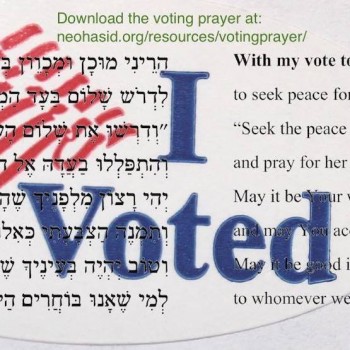 My father, unlike the rest of his family, never voted, but he might have supported Trump. One time, he declared to me that he didn’t listen to crazy extremists like Rush Limbaugh. No, he was partial to more reasonable people like Sean Hannity (!), who is a media mouthpiece for Trump. But if/when Trump loses, my father could console himself with knowing how relieved the rest of us felt. I think he could have lived with that.

So, America, let’s make my mom ecstatic on Election Day.