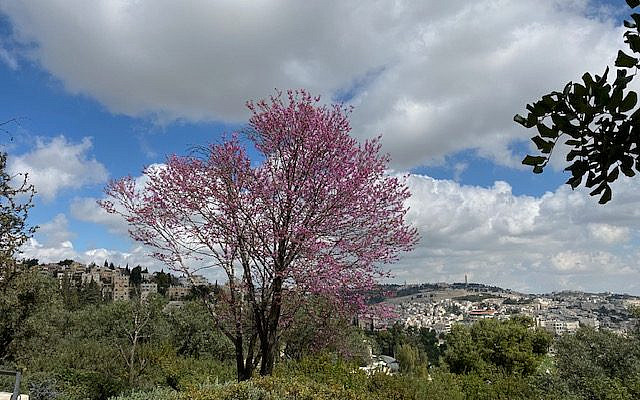 The return of the Jewish People to its ancestral homeland after 2,000 years has been nothing short of a miracle. Our people retained a dream of returning to the Land of Israel, and succeeded in fulfilling the dream in the 19th and 20th centuries which led to the establishment of the state in 1948.

But we are reminded many times in the Torah—including in the Torah portion of Behar- Behukotai which we read  on this coming Shabbat (Leviticus 25:00-32:27) that our hold on the land of Israel is conditional on our moral behavior as a sovereign entity in our own state. Indeed, in this famous Torah text, we read that the land of Israel belongs to God, and the Jewish People are but “strangers/ residents” with Him (Leviticus 25:23). Moreover, we are also commanded to bring redemption to the land.

The idea of the conditionality of our hold on the land is also expressed beautifully in a creative passage in the Haggadah of the Hashomer Hatzair Kibbutz Movement for Passover, which I introduced to our family Seder a few years ago. Here, we find the following innovative Israeli version of the famous “introduction” to the Seder:

The authors of this passage were keenly aware that even if we are fortunate to have returned to live in the sovereign Jewish state of Israel, in which we can control our destiny, this does not mean that we are entirely free. Indeed, we are still “slaves” to old ways of thinking which we brought with us from the Exile and to new ways of controlling other people even though we should have known better, given our own history.

It is quite clear from the Torah in other famous passages as well that the land will  expel us if we don’t behave ourselves!

As we all know too well, many empires and peoples and religions have come and gone in the Land of Israel. There is, therefore, no divine or historical imperative that the Jewish People will retain sovereignty forever in this land. On the contrary, the Torah text reminds us again and again that only if we live up to the terms of the Covenant that was given to us on “the mountain” of Sinai (Behar, the name of our Torah portion in Hebrew, actually means “on the mountain”) will we endure in this land.

Much of the Torah talks about how the Jewish People will redeem the land of Israel and thus bring redemption (geulah) to the people and the world. In this week’s Torah portion, Behar-Behukotai, there is extensive discussion of the principles of land tenure, especially the sabbatical year and the jubilee. According to one contemporary commentator,

The Holy Land, like the holy people who will inhabit it, needs a Shabbat to replenish it and bear witness to God’s ownership of it. Chapter 26 in Leviticus threatens that if the people Israel do not live by God’s ways, the Land will be devastated by enemies and ‘make up for its Sabbath years’ (Leviticus 26:34).” (Rabbi Harold Kushner, Etz Hayim).

What does it mean “to bring redemption to the Land”?   How does one redeem the land?   How is redemption of the land connected to leading a proper ethical personal and national life?

According to Rabbi Samson Raphael Hirsch, the great Modern Orthodox commentator of the Bible, who lived in Germany during the second half of the 19th century

The early Zionist pioneers redeemed the land with their hands and feet. Many of them, both secular and religious Jews, saw the land as holy, special, and unique. There was also a concept that was characterized by a famous Hebrew Zionist song which said that “we have come to the land of Israel to build and to be rebuilt”, i.e. both spiritually as well as physically.

But are we permitted to redeem this land by impure, unethical means?  Is it morally “kosher” (legitimate) that a man who is indicted in three major corruption cases could be allowed to continue to be the Prime Minister of this state, even if the Supreme Court of Israel has recently decided that it is legal? At least one retired Supreme Court Judge, Eliyahu Mazza, does not think so:

In this ruling, the Supreme Court of Israel missed an opportunity that may not recur any time soon, to lay some kind of moral foundation for Israel’s institutions of government… I’m convinced that several of my veteran colleagues on the court from that period (1991-2005) would also have granted the petitions. (HaAretz, May 8, 2020)

Is it ethical to continue to rule over another people in territories occupied through war more than fifty years ago without according them civil and human rights? Is it moral to fail to treat the Palestinian Arab citizens of the state fairly in the 73rd year of the state of Israel?

The Prophets of Israel—whose spiritual presence is enshrined in Israel’s Declaration of Independence–warned us over and over again that if we don’t build a society that is based on social justice for the widow and the orphan and the stranger (non-Jew) in our midst that we will fail in our task of living up to the ethical demands of our Covenant with the Divine Presence.

Our hold on this land, therefore, is conditional on our moral behavior, as individuals and as a people. This will include the need to treat the minorities in our midst with dignity and with recognition of their humanity now, and in the future.