Citing the above line, in which God states to Moses; “I will make you a God unto Pharaoh” (The JPS translates the same verse as: “And the LORD said unto Moses: ‘See, I have set thee in God’s stead to Pharaoh…”) the famous first century Jewish Philosopher Philo of Alexandria wrote:

Did not Moses enjoy an even greater partnership with the creator of all things, having been found worthy of being called by the same form of address?” Moses, he claims, was; “the most perfect man that ever lived.”

Even though some of the young females in the Egyptian court might have thought him divine and his mum, Mrs. Yocheved Levi, thought that he was God, he was just an incredible man with close links with the boss. 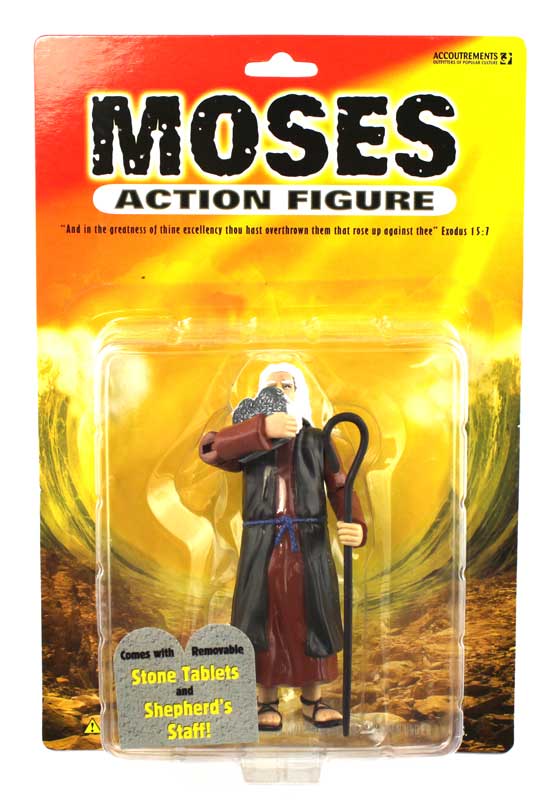 Freud in his famous book, Moses and Monotheism, claims that not only was Moses not God, but that he was not even a Hebrew! He posits that Moses was an Egyptian who learned monotheism from Akhenaten and was inspired to lead a revolt of foreign slaves in order to over throw his symbolic father! (Oedipus, shmoedipus, as long as he loved his mother)

In conclusion, Rabbi Moshe Reiss in his article “The Women around Moses” states that:

Moses is the foremost of all prophets of Israel, and the outstanding personality of the Bible. God calls upon him to take on “the role of God” (Ex. 4:16; 7:1). He is known as Moshe Rabbenu, as “the Man of Faith,” as “The Servant of God,” and as “The Man of God.” He is God’s lawgiver, and God declares him to be the one to whom “My household is entrusted” (Num. 12:8). He is warrior, a statesman, prophet and a mystic – a truly remarkable personality.