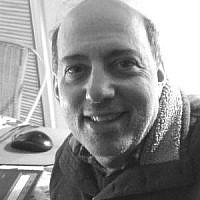 So recently, in the aftermath of a widely-publicized decision to expand the non-Orthodox portion of the Kotel (Temple Western Wall) for non-Orthodox prayer, Member of Israel Knesset Moshe Gafni made insulting remarks about Reform and Conservative Judaism. Gafni maintained he would refuse to recognize the historic decision and that non-Orthodox Jews are “a group of clowns who stab the holy Torah.”

Group of clowns? Strange analogy. Gafni is no doubt familiar with the famous story in the bibical book of II Samuel chap 6, describing King David dancing before the Ark of the Lord as it was being brought up to Jerusalem. David wore a linen ephod and danced and celebrated before the Lord with all his might (6:14).

A person watching the King dance in this manner might indeed have easily mistaken him for a clown — someone in a simple costume (or even lack of costume), jumping and dancing in a rustic way, perhaps even amusing onlookers with his antics and his full-hearted enthusiasm for the Lord.

As the story relates, one person who was not amused was King Saul’s daughter, Michal, who watched David from a window. The Bible breaks your heart when it describes Michal’s dismissive reaction to David’s positive energy — “she despised him in her heart” (6:16).

Later she confronts David: “How the King of Israel has distinguished himself today, going around half-naked in full view of the slave girls of his servants as any vulgar fellow would!” David affirms simply “I will celebrate before the Lord.”

So what have we? Essentially, we have the King of Israel being called by Princess Michal a “clown who stabs the holy Torah”. And what did he do to deserve this disparagement? He celebrated the Lord and the Lord’s holy Torah.

In similar manner, Gafni describes non-Orthodox who merely want to celebrate God and His holy Torah in pretty much the same location 3,000 years later and in similar terms as “clowns who stab the holy Torah.”

Well, unfortunately for Gafni, it appears that he is on the wrong historic side of this issue — Book of Samuel is pretty clear with whom God sides:
“And Michal daughter of Saul had no children to the day of her death.” (6:23)

The moral of this story and of all stories is that whether we are Princesses, Members of Knesset, or Commoners, we arrogant judges can never be sure who is really the clown and who is really the king — it’s God who decides.