One of the more bombastic campaigners against Israel and Zionists in the UK has shown the extent to which he’s lost the plot. In an extraordinary Facebook post Asghar Bukhari claims the Mossad broke into his home and stole his shoe! 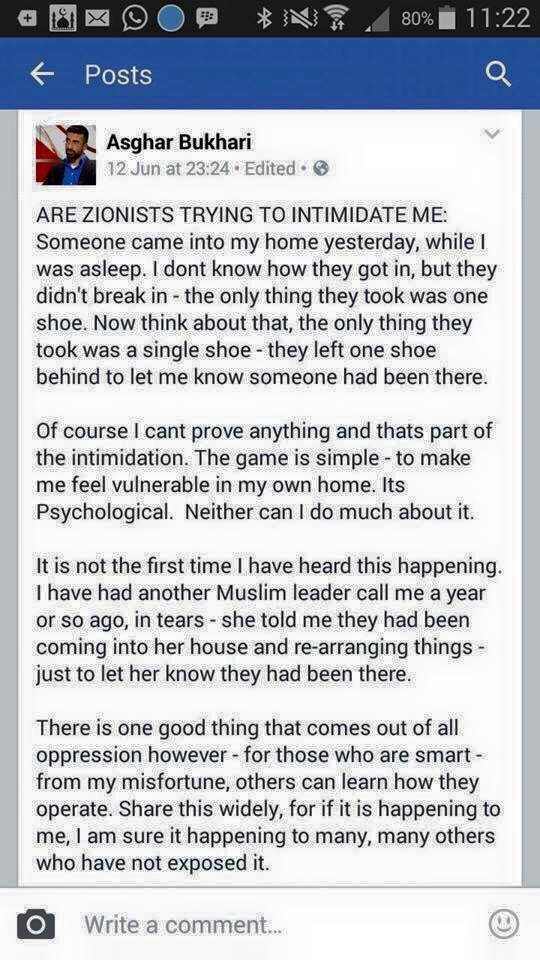 Bizzarely Bukhari has actually been invited onto media outlets such as Sky News to speak about Muslims in the UK or to rail against Israel. He runs an organisation which claims to fight for the rights of Muslims. In reality it serves as a platform for which Bukhari can make outlandish claims and generally make a fool of himself.

The battle against Israel in the UK has certainly spawned some bizarre characters. One of them is this man. He first rocketed to fame when he gave money to the infamous Holocaust denier David Irving.