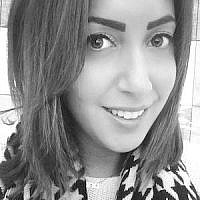 Last night I sat at home with my roommate watching a new film called ‘The Best Of Me.’ It is an adaptation from the book written by Nicholas Sparks. You know, the one who wrote ‘The Notebook’ or ‘Safe Haven.’ The tear jerker kind of stories.

I felt like I needed one of those last night while I sat at home unwell feeling sorry for myself. I felt like I wanted to feel something, as that does not happen often, me having feelings that is.

Now if you have watched any of these films before, you will know that it is usually the same kind of story. There is a deep love that somehow gets broken up, usually involves a lake and someone dies. So that happened in this film. I will break it down for you. Two teenagers meet at school, he comes from a bad family and she comes from a good wealthy family. Her dad doesn’t want him seeing her, his dad beat him up. He goes and lives with an old widowed sweetheart and he becomes like a father to him and the girl. A fight happens, someone dies, the boy goes to prison, tells the girl not to see him blah blah. Years later, the old man dies and wrote a letter and both the boy and the girl came back to their old home town and obviously fell in love again, well, they never stopped loving each other. They jumped in the lake, had sex and then went back to their lives and he died. She was heartbroken. Boom.

Most of the movie I was saying to my friend that it was awful, such a lame story but then, let me tell you, I cried like a baby. Oh I forgot to mention that her son nearly died and needed a new heart and it just so happened to have come from the love of her life that died which they only found out a year later. Again, I cried like a little defenceless child. Wailing and balling my eyes out.

Now let me tell you something, I was not crying because it was ridiculously sad. No no my friends. I was crying because this shit doesn’t happen in real life. Who do you know had a childhood sweetheart, went their separate ways, were reunited and the love was still there?

These movies are great don’t get me wrong but it is complete false advertisement. These films make us believe that there is true love out there for us. Yes there may be true love but not like this. That one day, a man is going to love us so much he will build a house and put a story in the newspaper, just so we will see. Or will still love us after our psycho ex husband runs into town and burns your new man’s house down and tries to kill his kids but it is all good, he still wants you. Or someone will knock on your front door while your husband is upstairs and pretend to be singing Christmas carols when in fact, he is standing there with signs declaring his love for you. No one is going to write you letters for a year and then read them all while sitting in the rain. Oh and which girl is going to leave her filthy rich man especially after he just gave her the most expensive necklace in history for a peasant she met on a boat?! Do me a favour!

This does not happen. None of this happens. I had love once and I had my heart broken. I moved to another country for 3 months to get away and what happened when I came back? Did the guy rush to tell me he loved me or years later end his new relationship for me? No! We had sex a couple of times and that was it. Because that my friends is reality.

Movie love cannot be depended on. In case you hadn’t noticed, no one gets out of their car whilst an epic love song is playing, runs in slow motion to the love of their life and twirls around dancing in puddles. The only person that will run after you in an airport is airport security, not your crush and not everybody looks like they just came off the front of GQ magazine when they are about to have sex.

How I see it, when you want a partner and you are ready for that true love, you want someone who you can trust, who can sit next to you in a room and feel so comfortable you don’t even need to talk. Who can make you laugh from the stupidest things. Who you can depend on in times of need. Relationships work best when they are drama free. My mum has always told me, that if it is difficult in the beginning, it is always going to be so forgot those ones. Good advice Mother.

I have said this before, but always be you. Do not pretend to be someone you are not or act like someone you have seen in a movie. You are you and you are fabulous!