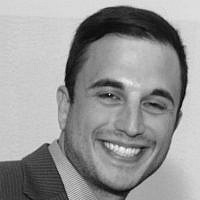 The Blogs
Sam Katz
Apply for a Blog
Advertisement
Please note that the posts on The Blogs are contributed by third parties. The opinions, facts and any media content in them are presented solely by the authors, and neither The Times of Israel nor its partners assume any responsibility for them. Please contact us in case of abuse. In case of abuse,
Report this post.

I’m ashamed that my grandfather (zichrono livracha), who fought in most of Israel’s wars, was never able to see the dream of peace come to fruition; A man who had given up so much to defend the Jewish State. He dreamed of a day where missiles weren’t pointed at Tel Aviv and without future generations living in fear. But my Grandfather was only one man in our great Jewish nation and unfortunately there were many before him and there will be many after him who will never see peace.

While I agree that President Abbas may not be a prime partner for peace and that he is interested in maintaining the status quo – even if it harms his people – I firmly believe that peace is not made with friends. You make peace with your enemies. In a conflict that has raged on for so long, it is quite clear that there are going to be many differences and disagreements. When Yasser Arafat was running the Palestinian Authority, we only dreamed of having someone like Mahmoud Abbas in power.

We complain about many things on the Palestinian side as to why we have no partner for peace – Hamas controls Gaza, incitement, terrorism, corruption, etc. In no way would I defend the actions of the Palestinian Authority, but why should we expect anything to change before they come to the negotiating table? How does this even make sense in our minds? Of course change needs to happen, but it’s not going to come on it’s own! Menachem Begin did not make peace with Sadat because they were friends. Egypt was to us then, what Iran is to us today – a mortal enemy that threatened our very existence.

I am a firm believer in the Zionist dream and an ardent supporter of the State of Israel. Having said that, I believe we can and must admit that not everything we do is right. If we believe in two-states for two peoples than we must not build over the green-line as part of our prior commitments. Additionally, the IDF should not be controlling Palestinian cities as this was only supposed to be a temporary arrangement under the Oslo Accords. We must do what we believe is right, not because of what our detractors say or international observations, but because we don’t want to be in control of another nation.

The Israeli-Palestinian conflict is in a stalemate, I think this fact is quite clear. The world isn’t interested in hearing about it anymore and we are headed towards a binational state. Anyone who believes in Zionism should be standing up right now and speaking up! A binational state will destroy Israel’s Jewish demographic. Israel will no longer be a Jewish State and everything that our forefathers have fought and died for will have been for nothing.

It’s ridiculous to think that we don’t know how the conflict is going to be solved. There are only limited solutions! There will be a limited land swap, East Jerusalem will be the Palestinian capital and there will be a symbolic return of refugees while the large majority will be compensated by international donors. These terms have already been decided on for many years!

It takes brave leaders to make peace and I do believe that Prime Minister Netanyahu is a courageous man. I think he is more than capable of bringing Israel to what others have only dreamed of; to what Yitzhak Rabin died doing and what Ariel Sharon could not finish. I know that every Israeli Prime Minister to date wanted to bring peace to the Middle East, but none have with Prime Minister Netanyahu has – the legacy of his brother who died for the State of Israel during the Entebbe Operation.

Prime Minister Netanyahu, I implore you not to let Yoni’s death be in vain, or the deaths of tens of thousands who have fought and died for Israel. In the great words of Moshe Dayan, “If you want to make peace, you don’t talk to your friends. You talk to your enemies”. Pick up the phone and accept President Abbas’ offer to return to the negotiating table unconditionally, for Am Yisrael.

About the Author
Sam Katz is the former Managing Director of the Canadian Network for Israel Affairs. Sam has personally sat down to discuss foreign affairs with Canadian Prime Minister Stephen Harper, Israeli Prime Minister Benjamin Netanyahu, along with other current and former Israeli & Canadian members of parliament.
Related Topics
Related Posts
Comments