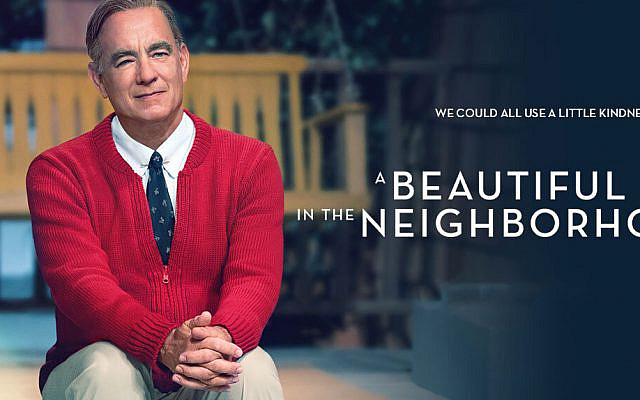 Only recently did I realize how the Mr. Rogers of my childhood was decades ahead of his time. The 2019 movie “A Beautiful Day in the Neighborhood,” with Tom Hanks, highlights his incredibly moving and surprisingly familiar values. Mr. Rogers prays for people by name, loves every child and adult exactly for who they are, and without criticism, like a good rebbe, helps them believe in themselves, open their eyes to the people around them, and heal even the most broken relationships.

In the movie, Mr. Rogers helps a cynical journalist reconsider his deep-seated anger towards his father, and on the way shed some of his callousness towards the world.

In the Torah and in our lives, Egypt is a metaphor for such struggles – to emerge from Mitzrayim – our Mei Tzarim – our “narrow waters.”   How important it is to recognize where we are narrow and stuck, and to know that there are other possibilities!

The Chassidic master Rabbi Mordechai Leiner (“Mei HaShiloach”) suggests that this is why idol worship is such an anathema to Judaism. We are not allowed to be static and stuck like idols, but ever-evolving in our thoughts, opinions, and behaviors – works in progress, not slaves to habits and pre-conceived notions.

The nascent Jewish people in Egypt are so worn by hard labor that they experience “kotzer ruach” – shortness not only of breath, but of spirit – an inability to feel their own essences. They cannot hear the optimistic prophesies of Moshe, who himself is not yet sure of his abilities.

God helps Moshe finds his voice and role as leader, and teaches the Jews with each plague, that they are indeed distinguished from the Egyptian culture that they have been immersed in for 210 years.  “Vehiflati…” – “And I will set apart, on that day, the land of Goshen, where my People dwell…” (Shmot 8:18)

The purpose of the plagues was first and foremost to build the self-identity of the Jewish People –  a precondition to becoming a free nation that could bring knowledge of God, justice, and morality to the world.

These combined requirements of building strong personal identity, while reviewing our actions and evolving through current circumstances, are the basis of Jewish existence.

For Fred Rogers, a musician and Presbyterian Minister turned television host, it meant reaching out to neighbors of all races and religions (a radical thing in those days), and to pained or cynical people. When the burden became great, he would not lash out at others or write angry posts on FB, but self-soothe by swimming laps or pounding on the low keys of his poor piano!

For us, getting unstuck from Egypt can mean leaving behind both guilt and blame, spending less hours on our cellphones, more hours celebrating our traditions, and enjoying and appreciating our family and neighbors, even those with different political views!

With masked mouths in the meantime, but with open minds and hearts.

To a rejuvenating month of Shvat, and Shabbat Shalom!