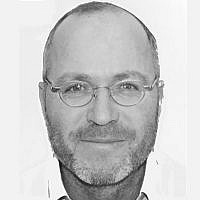 The Blogs
Ariel Kahana
Apply for a Blog
Please note that the posts on The Blogs are contributed by third parties. The opinions, facts and any media content in them are presented solely by the authors, and neither The Times of Israel nor its partners assume any responsibility for them. Please contact us in case of abuse. In case of abuse,
Report this post. 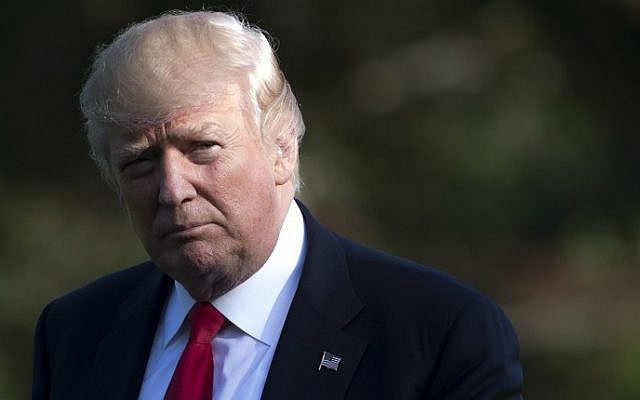 We are one step away from what might be a historic moment without us realizing it. Near the end of this month, President Donald Trump will visit Israel for the first time. Also at the end of this month, Israel will celebrate its 50th anniversary of the liberation and reunification of Jerusalem. At the same time, President Trump will have to decide whether or not to execute the “Jerusalem Embassy Act”.

This 1995 legislation that was approved by the vast majority of Congress says the following:

Although the wording clearly mandates the embassy should be relocated from its current position in Tel Aviv, Presidents Obama, Bush and Clinton broke their campaign promises and signed waivers to suspend this act every six months during their terms, for a total of 36 waivers so far. The Washington establishment had told them that recognizing Jerusalem as Israel’s capital would harm the peace process. None of the three former presidents executed the “Jerusalem Embassy Act”, nor did they bring peace.

Many US presidents have launched Middle East peace initiatives during their terms, including Obama, G.W. Bush, Clinton, H.W. Bush, Reagan and Ford. All of the initiatives collapsed. Peace was only made when the two sides sat down together without using brokers, namely the peace deals with Jordan and Egypt. Not only did those respected US presidents not make history in the Middle East, they also failed to do right by Israel.

But doing right is exactly the tremendous opportunity President Trump now has. It is up to President Trump whether or not he wants to secure his place in history. He can continue the unsuccessful legacies of his predecessors. Alternatively, he can try doing something different, an option that will put him in the same position as President Truman, who recognized the State of Israel eight minutes after it was established.

As Jews, we remember certain foreign leaders favorably for the good they did on behalf of the Jewish people throughout history. Cyrus the Great allowed us to build the Second Temple. Although he conquered the world, Alexander the Great treated all nations equally and respected the Jews for their religion. Napoleon wanted our people to come back to their homeland. Lord Balfour established the diplomatic basis for creating the State of Israel.

In all those cases, advisors and experts urged them not to do what we know today surely had to be done. In fact, all those historical figures went against the stream. And that is why President Trump is the right person at the right time for the job of moving the US Embassy from Tel Aviv to Jerusalem, thereby recognizing Jerusalem as a united city under Israeli sovereignty.

And it’s not only the Jews who want this to happen. Hundreds of millions of people around the globe are desperate to see Jerusalem in the hands of its rightful owners. Such a move will send a clear message to the entire world that this president stands for what is right; that he stands by his word; that he is unafraid to do what he believes should be done (such as ordering the missile strike in Syria) even if it means going against the Washington establishment or swimming against the stream.

This action will also clarify to the Islamic extremists that the United States backs countries that grant true religious freedom to all people and respect all religions (unlike the Palestinian Authority which pushes Christians out of its territory). Such a move will put President Trump on the right side of history.

It’s well known that Arab countries might not like the decision. Then again, they didn’t like the establishment of the State of Israel, either. And when it comes to the peace process, it is clear that a deal with the Palestinians is unobtainable in any case. So why not do the right thing in the meantime? It’s better both for the president and for the US to use the bird in their hand now rather than chasing after the elusive one in the bush.

In order to make history, all President Trump has to do is…nothing. He should simply not sign the waiver, thereby enabling the legislation to come into force. In this context, the other option, that of actively signing the waiver that will once again prevent Jerusalem from receiving the status it deserves, is inconceivable.