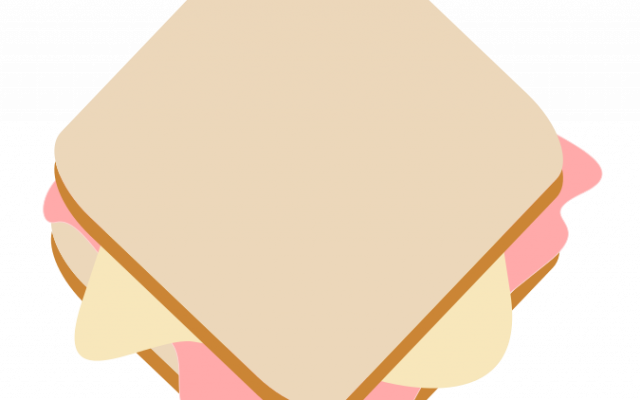 A Ham Sandwich - For illustration only, no ham was used in making this picture

Some time ago, a friend mentioned to his rabbi that his pregnant wife was having dreams of eating a ham sandwich. Did she eat some ham, the rabbi asked? My friend was horrified, of course not, he replied. Now it was the rabbi’s turn to be horrified. Her body is telling her that the baby needs something in the ham, he said. Not only can she eat it, she must eat it.

That is the Judaism that I was brought up on. In Judaism, life is paramount; the Torah and its many commandments are to live for, not to die for. All the commandments, whether it be driving on Shabbat or eating some pork, go out the window when life is at stake. The only exclusions that are not allowed are killing someone to save your own life, and adultery. If threatened with death if you don’t commit adultery, you must choose death.

This idea is known as pikuah nefesh – the preservation of human life overrides nearly every religious rule. If a person’s life is in danger, the Torah’s commands to do, or not to do, an action no longer apply.

Martyrdom is alien to Judaism. While there has been no shortage of Jewish martyrs, the vast majority died at someone else’s hand. Very few took their own lives.

But lately, we see a new phenomenon, Jews who seem unable to follow the clear precepts of the Torah they claim to follow.

Hundreds of ultra-Orthodox worshippers broke into the tomb of Rabbi Shimon Bar Yochai on Mount Meron. The tomb had been closed by the police as the crowded conditions would have been perfect for spread of COVID-19. These Jews were happy to endanger their lives, to say nothing of the lives of others, to celebrate Lag Ba’omer. Similar celebrations took place in Bnei Brak and Jerusalem’s Mea She’arim. Perhaps it is not a coincidence that Mea She’arim and Mea culpa, a Latin phrase that acknowledges having done wrong, both start the same way.

In Brooklyn, hundreds of so-called ultra-Orthodox Jews violated coronavirus social distancing restrictions and took to the streets to mark Lag Ba’omer without a thought for the danger to their lives.

And where were their leaders, their rabbis? With the virus spreading, Rabbi Chaim Kanievsky, the foremost leader of Lithuanian ultra-Orthodoxy, declared that study halls should remain open, as “cancelling Torah study is more dangerous than coronavirus.” Many a doctor would dispute this claim.

Some members of the Orthodox community took the rabbi’s words to mean that they were immune from the virus. “The Torah protects us. We don’t need to do anything,” a yeshiva student said.

Several other ultra-Orthodox leaders issued a call for people to increase their Shabbat observance. This would, they claimed, “tilt the scales and beat the coronavirus.”

An even more astonishing piece of nonsense came from Rabbi Gershon Edelstein, a leader of the Lithuanian branch of non-Hasidic ultra-Orthodoxy. He explained that his community was bearing the brunt of the COVID-19 pandemic because God judged them more harshly than secular Jews, who, presumably did not know better. Why anyone would take notice of these ravings is beyond me.

The penalty the ultra-Orthodox have paid for listening to their leaders has been severe. Their much higher than average infection rates have been attributed to overcrowded living conditions and the initial refusal of rabbis, like Edelstein, to promote social distancing and shut synagogues and yeshivot.

We see many ultra-Orthodox Jews ignoring the Torah. Moses, Moshe Rabbenu, near death, prophesied that the people of Israel would experience hard times, would go into exile, but would eventually return to their homeland. During the days of the Babylonian exile, the prophets Isaiah and Ezekiel encouraged the people of Israel with a promise of a future gathering of the exiles to the Land of Israel. Now that this promise has been fulfilled, and while many have heeded the call for a return to Zion, we still see Jews remaining in the flesh pots of Brooklyn in defiance of the Torah they profess to accept.