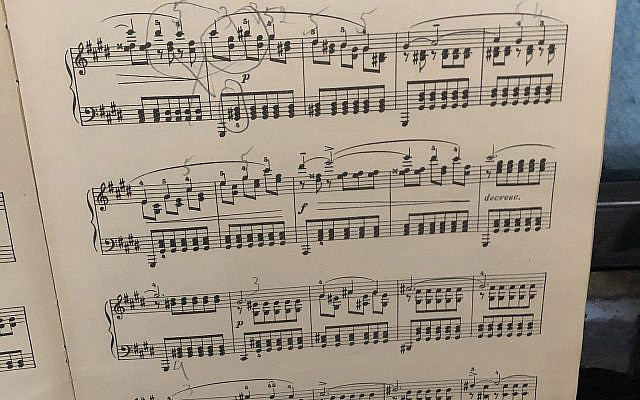 Of late I have been spending rather a lot (too much) of my time in dentists’ surgeries. Some of the time I have been too frazzled and stupefied (stupid?) to say anything, and have passively committed myself, body and soul, to the expert care of the professional in charge of first anaesthetizing then torturing me.

But now, after many months of supine acceptance, I have managed to gather up some courage, and on my latest visit to the dentist who is dealing with the latter stages of my treatment I actually asked him to change the channel playing the awful popular music that was in the background while I underwent a lengthy procedure. I must admit that I have never managed to be so bold while at the hairdresser, but that is another matter altogether.

Like me, this dentist is originally from England, though from a different (younger) generation. He told me that he, too, has to have some kind of music in the background while working, mainly to distract him from the noise of the drills he uses. I suggested that his assistant turn the dial on the radio to Israel’s classical music programme, and was even able to give her its exact location. For some unknown reason, she was unable to find it (I told her it was FM), but what she did find was Classic FM, straight from Blighty.

Relaxed and happy, I reclined in the patient’s seat as the strains of the second movement of Dvorak’s symphony no.9, ‘From the New World,’ wafted over me.

“This always reminds me of the Hovis advertisement,” the dentist said.

Hovis? Admittedly, Dvorak incorporated the strains of the spiritual ‘Going Home’ in that symphony, but luckily for me, I left the UK long before some bright advertising executive established that particular connection with industrialised bread, thereby ruining that particular piece of music forever for millions of people.

Or am I being too purist? Instead of regarding the music as something abstract and pristine in and of itself, perhaps using Dvorak’s music in a commercial has made it part and parcel of the British heritage, along with fish and chips and ‘Land of Hope and Glory.’.

And then it dawned on me that this has always been the case. Because my parents took my sisters and myself to see the Walt Disney film, ‘Fantasia’ at the Classic Cinema in Baker Street in the 1950s, whenever I hear Beethoven’s symphony no.6, known as the ‘Pastoral’ symphony, I have visions of little winged centaurs cavorting in a magical countryside, sheltering from the rain and the storm, and delighting in the rising sun at the end. The same goes for Ducas’s ‘Sorcerer’s Apprentice,’ who was, of course, Mickey Mouse himself.

There is a segment of the music Tchaikovsky wrote for the ‘Nutcracker’ ballet that was used in a TV commercial for margarine many years ago, when I still lived in England. And although I have attended several performances of the ballet, I can never get the words ‘Treat yourself to bread and Magic/After all, you do deserve the best’ out of my head when I hear it.

There was also an advertisement for fish paste which used the March of the Toreadors from Bizet’s ‘Carmen.’ Was it sacrilege or benevolence? I still can’t decide.

To this day, whenever I hear Verdi’s Requiem, whether in live performance or on the radio, I cannot fail to remember the precise point at which the first side of the first LP had to be turned over on the record-player we had in my parents’ home, and to which my father liked to listen every Sunday while he worked at his desk in the next room. I can’t remember if the full set consisted of three or four records, but I do know that it was my job to ensure that the full recording was played to the end.

Who knows? Maybe those bright sparks devising TV commercials have done more to popularise classical music than they realise.