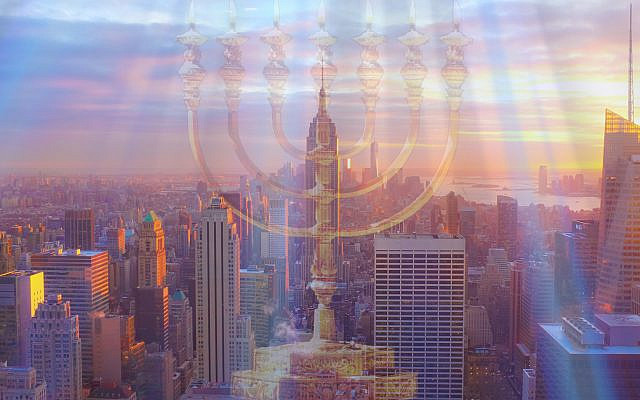 In 1973 at a formal dinner honoring West German Chancellor Willy Brandt, then Prime Minister Golda Meir told the audience: “Let me tell you something that we Israelis have against Moses. He took us 40 years through the desert in order to bring us to the one spot in the Middle East that has no oil!”

That statement has been challenged since the recent discovery of oil deposits under Israeli soil, but it highlights the fact that Israel was never known for its natural resources. However, in the ancient world, by virtue of her being situated between three continents, Israel was a major trade route. As a result, Israel attracted people from all over the world and so its greatest natural resource was its exposure to other peoples and cultures. This became a double-edged sword. Israel’s location allowed Jews throughout the centuries to be exposed to and to benefit from other people’s ideas and advances in science and technology. On the other hand, those same influences may have, at times, been responsible for drawing the minds and souls away from Judaism in favor of other ways of thinking and living. The Chanukah story is perhaps the greatest example.

We’re all familiar with the story: The Syrian Greek tyrant Antiochus outlaws the practice of Judaism and forces our ancestors to worship their Greek gods and subscribe to the prevailing philosophy of Hellenism. What many don’t know is that Hellenism originally took root in the Jewish community during the second Temple era through simple exposure to another people’s culture and belief system. Yes, it ended up being imposed upon us, but before that Jews under Greek rule were giving up Judaism on their own.

How are we supposed to deal with outside influences? Must we seclude ourselves to ensure we preserve our own Torah way of life? Some Chasidic and other such groups believe this is the way to go. Many of us perhaps consider ourselves too “enlightened” to do that, but the American Jewish community has a serious intermarriage and assimilation problem today. You can see it in the many Chrismakuh gifts you can now buy for Jewish people celebrating both Chanukah and Christmas. This issue is not simply an ancient one. How does the Torah teach us to deal with this great challenge?

Yosef does not hide who he is or in what he believes. He stands before Pharoah in polytheistic Egypt and invokes his belief in the one and only God. In all the time Yosef lives in Egypt, he continues to identify and to live as a Jew, as the son of Jacob. Our Sages teach that Yosef kept the “dmut yonku” – the image of his father Jacob and the traditions of his family alive. And it never seemed to hold him back.

On the contrary, the more Yosef invokes God’s name, the more successful he becomes. To this day, we bless our sons on Shabbat to be like Yosef’s two sons, Menashe and Ephraim, the first Jews to be raised in exile and in a foreign land but who were raised in a uniquely Jewish way. Our Sages teach that when Jacob and Yosef were reunited, Jacob studied Torah every day with his grandsons and so we bless our children that they grow up the same way, even as they are exposed to different cultures and ideas.

When we look at Yosef’s life, we see someone who contributed to the greater good outside of his own people. Yosef saved thousands of lives in Egypt and the surrounding areas by predicting a famine and executing a food-saving and distribution plan. Throughout he maintained himself as a devoted Jew by being proud of who he was and not being ashamed of his roots and heritage. At the end of the day, Pharoah made Yosef viceroy because he saw great talent. The fact that he had a different belief system didn’t impede his success. To the contrary, people saw him as a person of conviction, which developed for him even more respect. Yosef’s life teaches that we can be part of the greater society and still maintain our distinct Jewish way of life; that to remain faithful to our observances we do not have to seclude ourselves from outside influences.

But it’s not easy. Living in both the secular and Jewish world poses serious challenges and if there’s any time that highlights this challenge here in America, it’s at the end of December – during the Chanukah/Christmas time when too many of our Jewish brothers and sisters seem to have the same feeling for both holidays.

One of the great Jewish historical mistakes was thinking that the more we become like everyone else, the more respected and accepted we will be. Jews under Greek rule said the same thing: the more Greek, the more Hellenist we become, the more cultured and sophisticated we will be seen, and ultimately the more accepted we will be. History has taught us just the opposite. Our non-Jewish neighbors learn to respect our Judaism when they see we do. That’s why Yosef became a success and why everything he touched turned to gold. God was with him in every step of his life, because he never forgot who he was, where he came from, and what his father Jacob had taught him.

If we think abandoning or covering up our identity or traditions will help secure that new job or keep us in a certain relationship, we are repeating the same mistake our ancestors made in the days of the Greeks. We are abandoning the very values that enable us to be truly successful in the world. That is why the ultimate counter to the Hellenists were the Maccabees because they had pride in their Judaism. Famously, Macabeim was an acronym for “Mi Kamocha B’elim Hashem”- “who is like you among the gods Hashem” for they were proud of what they believed in and weren’t afraid to pronounce it to the world. That’s why we place our menorahs in the window of our homes, facing the world, to demonstrate our pride in being Jewish. Jewish pride is ultimately what saved our people then and it is what is so desperately needed today.

May we all be blessed with true success in our lives and as we light our Menorahs, let us reflect on the message of Chanukah, of Jewish pride, the only thing which will ensure that the light of our Torah continues to shine in the hearts and homes of Jews throughout the world.

About the Author
Rabbi Mark Wildes, known as The Urban Millennials' Rabbi, founded Manhattan Jewish Experience (MJE) in 1998. Since then, he has become one of America’s most inspirational and dynamic Jewish educators. Rabbi Wildes holds a BA in Psychology from Yeshiva University, a JD from the Cardozo School of Law, a Masters in International Affairs from Columbia University and was ordained from Yeshiva University. Rabbi Mark & his wife Jill and their children Yosef, Ezra, Judah and Avigayil live on the Upper West Side where they maintain a warm and welcoming home for all.
Related Topics
Related Posts
Mark Wildes