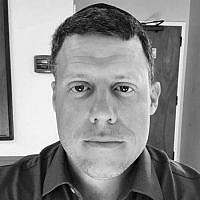 I have always loved being an American and the ideals we, as a nation represent. The land of the free and home of the brave. When I was younger, though, I never thought about enlisting even though both my father and grandfather served. The former was drafted during Vietnam and the latter fought in Normandy during World War II. My thoughts changed in high school when I sat down and talked to army recruiters. I was young, wanted my independence to travel, and see the world and felt a strong sense of pride that I could carry on the tradition started by my grandfather. The ARMY could give me all of these things, so in 1999 and at 18 years old, straight out of high school I enlisted.

During the 13 years I served my country (from 1999-2012) in the United States Army I was a Religious Affairs Specialist (56M), formerly known as a Chaplain Assistant.
Out of all MOS (Military Occupation Specialty) in the Army, the 56M MOS had some of the biggest misconceptions regarding duties and responsibilities. When a civilian hears my former job title, many assume it was a desk job; that I just did the paperwork for the Chaplain (ordained clergyman/woman of multiple faiths) or that I did not experience any form of combat. These assumptions, at least during wartime, however, couldn’t be further from the truth.

If you search on the US ARMY website, my former MOS is described as “Providing much-needed support to the chaplains during missions and everyday activities.”

Our primary purpose is “…support for the unit ministry team programs and worship services.” While this is a good overview, there is much more to what I did during my service and I hope this article can clarify not only my service but any other 56M out there who has been underappreciated or misrepresented.

The number one and most important role of a 56M is to protect the Chaplain. Other duties, during peacetime you could compare to an executive assistant. They consisted of things like typing memos and letters, making phone calls, and setting up appointments for people to see the Chaplain. Other duties included peer counseling and setting up religious services and meetings. In the theatre of operations (warfare) however, the Chaplain goes where the soldiers go and a 56M goes to protect the Chaplain. We would go, for example, to places from anywhere to the front lines to Forward Operating Bases (FOB) and Main Air Bases which are commonly known as military bases. Religious support teams can also be assigned to different military units. These include, among others, special forces (i.e. Green Berets), infantry (the mainland and combat force of the USAF), and signal units (communications).

I was deployed twice to Afghanistan. The first deployment, from 2006 to 2007, I served in an infantry unit based out of Kandahar Airfield on the Kandahar Province.

The unit’s mission was to train the Afghanistan National Army to defend itself against the Taliban. During my second deployment, from 2010 to 2011, I was with a combat engineer or sapper with a similar mission just in a different province. In both deployments’ soldiers were spread out on different bases and outposts and as it was the Chaplain’s job to visit every soldier no matter the location, it was my job to make sure the Chaplain could visit each solider and stayed safe doing it.

One of my combat experiences, there was many, and the one I remember most vividly was from my first deployment at Camp Apache. The camp, a small outpost in Qalat, Afghanistan, was pretty active in engaging the enemy.

After settling in, I participated in training to scout the post, know where the bunkers were (where the Chaplin would go if there was an attack), and practiced mounting up on the HESCO wall (basically a blast wall) to watch out for invaders. Later that night, the Chaplain, a couple of soldiers and I were in our huts relaxing and chatting away when we hear a loud boom. Seconds later, we heard the rocket siren going off. A rocket siren starts low and goes up and down in volume, it also sends shivers down your spine once you realize what it means. We were being attacked by the Taliban.

We put on our gear and as we practiced earlier we got the Chaplin safely to the bunker. I returned to the HESCO wall to defend the base.

During this time there was gunfire throughout the camp and multiple rockets exploded a mere 50 meters away. On top of the wall, armed with my M4 in the ready position, I for the first time in my military career believed I was going to die. I thought of my kids growing up fatherless. How they may never see me again and how I may never be able to tell them I loved them again. The fight lasted for a good while until the Quick Reaction Force came in and held off the Taliban.

I remember this day like it was yesterday. I had been in other situations being in CONVOYs that got hit with ambushes, but this experience I will never forget. I was awarded a Combat Action Badge, which you can only receive for being in combat. The attack also resulted in me being diagnosed with PTSD and anxiety problems. 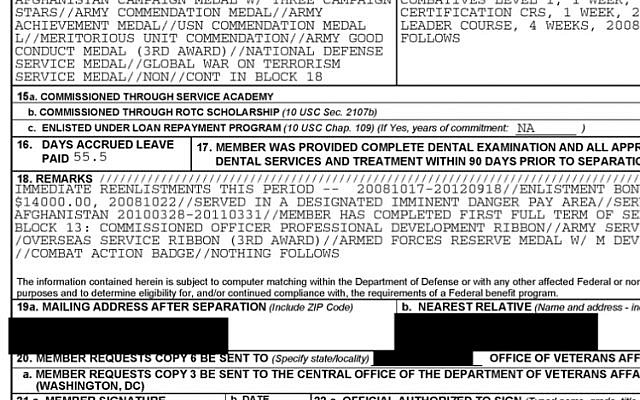 I used to have dreams I was back on the wall, rockets, and gunfire going off all around me and then I would wake up and have to remind myself where I was and that everything was okay. To this day I still only sleep 2 to 3 hours before waking up, can’t stand when people walk behind me and am taken back to the attack when I hear fireworks.

As a 56M, you always have to be alert and ready to ensure the Chaplain’s safety. Chaplain assistants throughout the Army’s history have sacrificed their lives (like Staff Sgt Christopher Stout who lost his life in 2010 when insurgents attacked Kandahar to ensure American religious freedom. I am proud to say that I not only carried on my family’s military legacy, but I also am proud of my service and of being a 56M.

The above was co-authored by Jen Fanton.