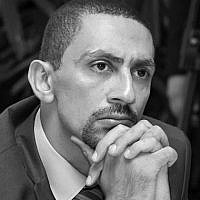 The Blogs
Ahmed Meligy
Apply for a Blog
Please note that the posts on The Blogs are contributed by third parties. The opinions, facts and any media content in them are presented solely by the authors, and neither The Times of Israel nor its partners assume any responsibility for them. Please contact us in case of abuse. In case of abuse,
Report this post.

Egypt`s Copts are a solid part of the society and they have been there for thousands of years. They are not going anywhere and they own Egypt the same as every Muslim. 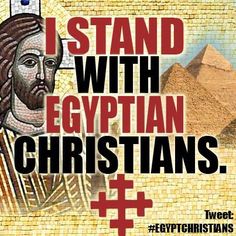 Everyone who knows me and is familiar with my work over the past six years will tell you how much I oppose the Egyptian president for countless reasons. The number one reason is the jailing of anyone who would dare to criticize the regime, no matter how right or polite the criticism may be. The latest example occurred on April 12th. The criminal court in Egypt sentenced a lawyer to 10 years over Facebook posts criticizing the regime. Yes, 10 whole years in prison over Facebook activity.

Also you have to know that there is no opposition in the political spectrum in my Egypt, and with a “yes yes” parliament that approves whatever decision the government or the president issues. Now with the new developments regarding my Egypt´s stability and well being I have to put my differences aside because my Egypt is going through an impossible situation, and it needs us to be united no matter what. My dream for a free Egypt has to be put on hold for now. The Egyptian government will have my support until we get through our war with ISIS because we are that close to falling into a civil war if we are not united. 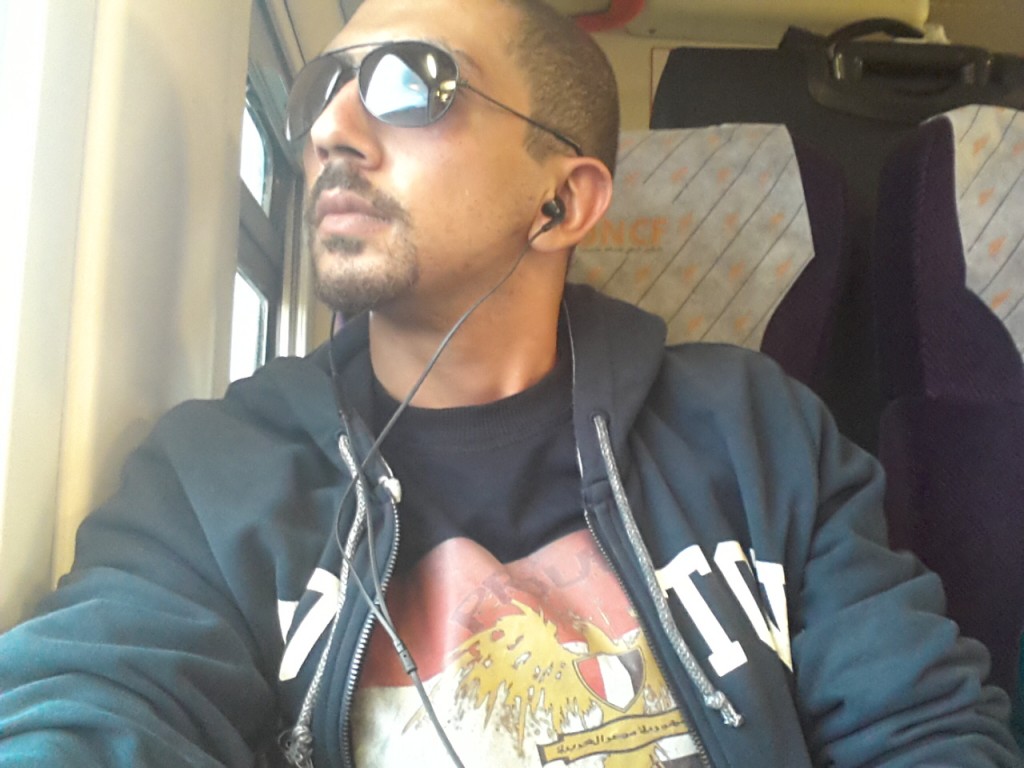 With ISIS bombings all over the country since July 2013, we are exhausting our military and depleting our economy. Labeling my Egypt a hot zone has killed one of our main sources of national income which is tourism. This led to the unemployment of millions of Egyptians who worked in the tourism industry. Since 2013, ISIS has been targeting only military and police personnel, avoiding any civilian casualties. Because of the government oppression, especially of the Bedouins of Sinai, ISIS is getting more recruits than they could ever dream. Like I mentioned in my article “Generation Jail,” when ISIS realized that their strategy is not working and that the Egyptian military is still strong and supported by the Egyptian people, they changed their approach and focused on the copts of Egypt. ISIS did this to destabilize the Egyptian society, hoping for clashes between Muslims and Christians that may lead to a civil war in Egypt.

In December 2016,ISIS carried a bombing at a chapel adjacent to Egypt’s main Coptic Christian cathedral in Cairo killing 30 people and injuring dozens during a Sunday Mass. This was one of the deadliest attacks carried out against the Christian religious minority in Egypt.

Then in February, hundreds of Egyptian Christians fled their homes in the northern part of the Sinai Peninsula, fearing attacks by Islamic State militants. The group’s North Sinai affiliate had killed at least seven Coptic Christians in the restive peninsula in less than a month. These families left their homes, lands, businesses and schools because of what ISIS was doing to them by storming their homes, stealing everything they can, and killing everyone inside — in very evil ways like burning them alive.

Then on April 3rd when Sisi of Egypt met with the American president at the White House, this visit made it very clear to ISIS and the rest of the world that the US government is fully supporting the Egyptian regime. And Trump promised to supply Egypt with all the weapons it needs for our war on terror. 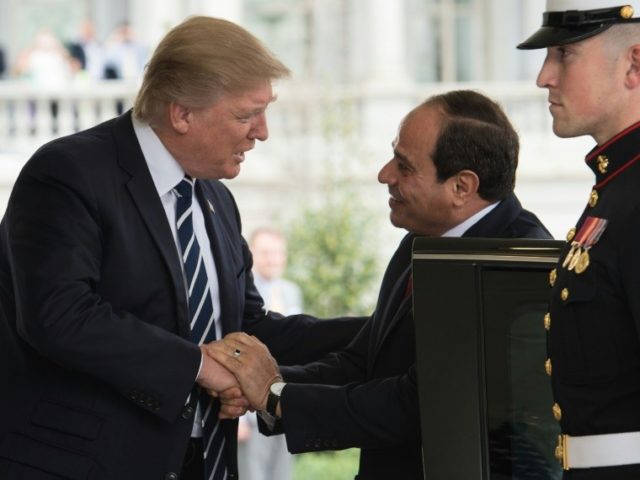 On April 9th, twin bombings carried out by suicide bombers, hit two churches in the coastal city of Alexandria and Tanta city. At least 43 people were killed and scores of worshipers injured on the Palm Sunday attack. Thank God that it missed a ceremony presided over by Pope Tawadros II in Alexandria’s St. Mark’s cathedral. 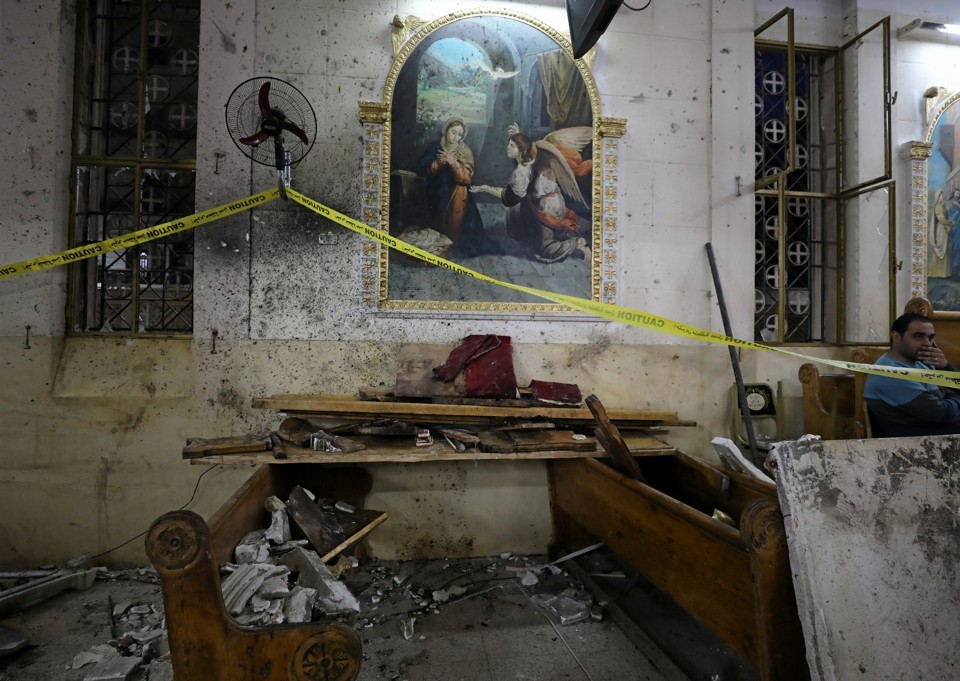 I strongly believe that the latest wave of attacks against the Copts of Egypt is only a start, and there will be more especially after Sisi`s visit to the White House.

Sadly the Egyptian government response was declaring a three month state of emergency. The newly declared state of emergency allows Egypt’s rulers greater policing and surveillance powers. It authorizes the creation of special courts, enables authorities to take special measures to secure public order and allows the “military governor” to refer cases to military courts. Sadly with a heavy heart I have to say we have no other option in order to defeat ISIS.

About the Author
Ahmed Meligy is an Egyptian peace activist who started opening a dialogue with the Israelis right after the revolution in 2011, since then Ahmed shifted his career from a Salesman in the medical sector to a Peace activist promoting dialogue between Israelis and Arabs, his participation in forming the very first online peace movement Yala-Young-Leaders and his writings at the Jerusalem Post gave him a great audience from all over the spectrum which pushed him further to visit the Death Camps in Europe, study Conflict analysis and peacebuilding by the US State Department and the United state Institute for Peace. Now he is publicly speaking and sharing all about his Jewish experience in every possible platform in Europe and the U.S such as Synagogues, Mosques, Universities, Public gatherings and Conferences helping the people to reach out to one another for a dialogue.
Related Topics
Related Posts
Comments