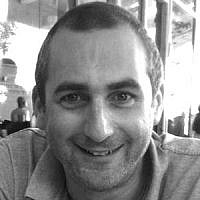 The Blogs
Tzvi Ben-Eliahu
Apply for a Blog
Advertisement
Please note that the posts on The Blogs are contributed by third parties. The opinions, facts and any media content in them are presented solely by the authors, and neither The Times of Israel nor its partners assume any responsibility for them. Please contact us in case of abuse. In case of abuse,
Report this post.

As a new arrival in Israel, one is confronted with a daunting list of decisions or choices to make. Some feel very big; some feel comparatively trivial. And, since this is Israel, none are easy.

Of course, it is nothing short of miraculous that we are the privileged generation for whom Aliya and “choice” come together. For the overwhelming majority of Jews today, coming (or not coming) on Aliya is merely an exercise of personal preference. And I can only wonder what the early pioneers would think as they see today’s new Olim grappling with such tough choices as Macabbi or Klalit, Orange or Golan, Skoda or Mazda, Yes or Hot (both pretty rubbish by the way!).

For me, the most profound choice (other than the decision to come home in the first place) is one which is put in front of new Olim literally on arrival. It is the choice of personal identity. Arriving in a new country, to start a new life – the opportunity to adopt a new identity, to re-invent oneself – can be very tempting. (As an aside, I deliberately use “identity” rather than “name” as very often, of course, a new identity involves the assumption of our Hebrew names whose use was hitherto reserved to religious events).

And, whilst I can understand the motivation for re-invention, I’d like to suggest that for many of us (and certainly for me) the choice of identity is less about the “new me” and more about the “real me”. And far from breaking with the past, the decision to adopt a new identity is often motivated by an acute appreciation that, for the Jewish people, the past and the future are inextricably connected.

Everyone has their favourite street in Israel. And my favourite is Route 60 also known as Derekh Ha’Avot. Why? Because this is the route that our forefathers followed in biblical times when traveling between Shechem, Hevron, Yerushalayim and Beer Sheva. I’m not seeking to make a political point here. I am sharing a simple fact. Here, in the uber-modern State of Israel, we are literally following in the footsteps of our Fathers. In this context, Hertzl, Ben Gurion, Dizengoff, Ben Yehudah, Weitzmann, Jabotinsky and the multiple other street names we see in every city, every day, form part of the same historical chain – no less significant than Derekh Ha’Avot.

Living here in Israel heightens one’s personal awareness that each of us is a link in that chain. And that our strength derives from our acknowledgment of our past, and our responsibility for the future.

For this reason, our chosen identity is a non-trivial (and clearly very personal) choice. I’m not precious. And I haven’t lost my sense of humour. And, I know that for some people (including my work colleagues in the UK) I will always be Howard. And that’s absolutely fine.

But, at the same time, for me it is important to stand up – proudly – and declare. I am Tzvi ben Eliahu. The son of my father. And it is through his merit and the merit of generations before him that today I have the privilege to live in the Land of our Fathers – playing my own small but significant part in strengthening the eternal bond between Am Yisrael and Eretz Yisrael.