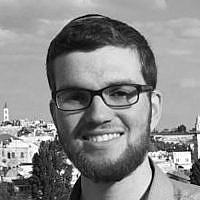 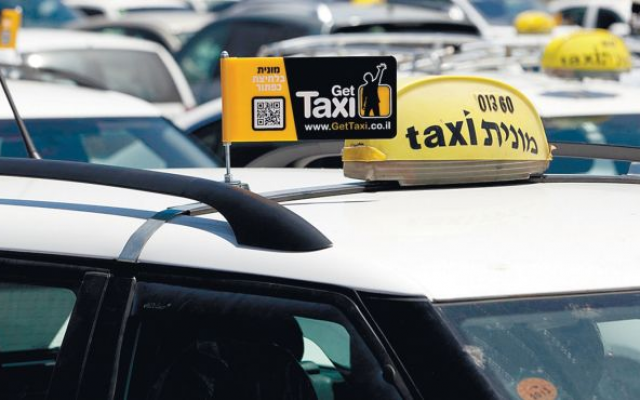 “Time for another blog post,” I thought while looking at the profile of the driver that Gett paired me with.

I was on the second leg of my trip back from Evyatar, a new town built near the Tapuach junction following a terrorist attack by the junction that killed Yehuda Guetta, a 19-year-old Israeli yeshiva student just the month before. My screen read: “F. Rajabi,” and displayed an Arab man standing in front of a drawing of the Dome of the Rock and who likely did not approve of the construction of a new Jewish town in the middle of the Shomron.

The Mercedes taxi pulled up, and, after boarding, Rajabi asked for my name.

“Shechem,” he told me in Hebrew. “You know, where Yosef HaTzaddik is buried.”

How could a resident of the Area A city of Shechem, or Nablus, hold a job as a Jerusalem taxi driver? I didn’t ask. I was far more fascinated to learn about this man’s life in a city of religious and contemporary significance, a place where Arabs live under the governance of the Palestinian Authority, yet its residents are subject to a curfew several nights a year so that Jews can enter under Israeli military protection to pray at the Tomb of Yosef.

I had a 40-minute trip with Rajabi from Mevaseret Zion to my home in Jerusalem, but I skipped the small talk and went straight to the real questions.

“As you mentioned, Kever Yosef is located inside of Shechem, a city that the PA controls. How, then, is it possible for Jews to enter the Tomb of Yosef?”

Rajabi did not look happy. “There’s an agreement between the PA and the Israeli forces,” he explained. “No one [i.e., residents of Shechem] is happy about it. Whenever the Israeli forces enter to enforce the curfew, the youth come out to throw rocks and fireworks.”

“Abu Mazen lets the Israelis in,” he continued, “He lets them into Kever Yosef. He lets them into Jenin and Ramallah to arrest a terrorist. He lets everyone in.” Rajabi wasn’t taking a second to breathe. “Why? So that when he wants to fly somewhere, the Israelis will take him through their country securely! We don’t want the PA here,” he sighed. “If we had elections, we would choose someone else.”

This wasn’t the first time that I had heard this rhetoric. When talking to Yousef, for example, a Muslim whose shop I frequent in the Old City, he bemoaned that the PA does not care about its people, spending only a fraction of its funds on Palestinians, while the bulk of its finances supports Abbas’s children who live comfortably in Europe. But if Abbas wasn’t the preferred leader for Rajabi, who was?

“Ismail Haniyeh,” he responded without hesitation.

So, Rajabi, my taxi driver, was a Hamas supporter. And we had not even entered Jerusalem yet. For some reason, though, I wasn’t worried. He was just a taxi driver with a different view on the conflict and we were only two people discussing politics; I was just experiencing an only-in-Israel taxi story and living out another conversation piece for my blog.

But Hamas is not just another political institution like the PA. It is a terrorist organization that fired more than 4,000 rockets at Israel during the May bombardment. So, I had to ask him, “You are aware that we don’t want Hamas because they shoot rockets at us, right?”

“Look,” Rajabi began to defend Hamas, “the problem with Israel is that they don’t want to give any control to anyone else. They have to be above everyone. And then they shoot rockets at us [i.e., Gaza]. Are we not supposed to fire rockets back?”

Rajabi viewed Israel as the oppressors and Hamas as merely avenging its people. His perspective was in line with newscasts on Silwanic.net and the Quds News Network, where the IDF is known as the IOF (Israel Occupation Forces) and Israel is written in quotations as if it doesn’t really exist.

“Let me tell you how the whole war [during Ramadan] started.” Rajabi looked at his rear-view mirror to make sure I was listening. “Netanyahu knows that the Muslim tradition every Ramadan after prayers is to go have a party at Sha’ar Shechem (the Damascus Gate). Yet, Netanyahu ordered police to put up fences and close off Sha’ar Shechem. For what reason? And he also allowed Jews to go up to Har HaBayit (the Temple Mount) even though it was full of Muslims. For what reason? It’s because Netanyahu wanted the Jews to fight with us,” he said, and continued his dissenting view. “You see women crying over their sons; it’s not just stam. You see Arab homes being destroyed [in Gaza] and others being evicted in Sheikh Jarrah. And Hamas shouldn’t fire back? Leave the topic already! Do you hear what I’m saying?”

“I hear what you’re saying.”

“It’s not enough to just hear it,” Rajabi squeezed the steering wheel and said emphatically, “I’m speaking the truth!”

It was as if Rajabi and I lived in two separate realities. Israel: the aggressors? Which side calls for the complete destruction of its opponents? Which side claims to protect its citizens while shooting rockets from hospitals and schools? Which side shot the first rockets at 6 p.m. on Yom Yerushalayim (Jerusalem Day)? Was Israel correct in every action they took over Ramadan? Perhaps not — for there is not one good man on earth who does what is best and doesn’t err — but surely it was Israel that defended itself from Hamas and not the other way around! Still, I was glad to have this exchange with someone who held a view other than my own.

We finally entered Jerusalem. I began telling him my thoughts, that I was actually very happy to be in a taxi with someone from Shechem because it — “Oh, I’m not actually from Shechem,” he said, cutting me off. “I said that just to scare you.”

“So much for ‘speaking the truth,'” I thought.

Our ride continued through Jerusalem’s winding roadways for 15 more minutes filled with Rajabi’s animated descriptions of why Hamas’s actions are only as a result of Israeli aggression, his vision for a Palestinian state within the ’67 borders, and how ultimately all of our issues stem from Netanyahu. As he unloaded my bags from the taxi, he wished me well and told me that I seemed like a “good guy.” I wonder if he was “speaking the truth” about that too.

About the Author
Shlomo Deutsch is a Yeshiva student who often finds himself conversing with very different people. His typical morning could include: praying at the Kotel with a group of 'settlers', followed by listening to Mohammed, his former (long story) 17 year old Muslim friend, dream about his ‘right of return.’ He would then call the US to catch up with his Open Orthodox chavruta as he walks to Mea Shearim to learn with a friend from Lakewood. Shlomo listens to all these opinions and tries to make some sense of them here on his Times of Israel blog.
Related Topics
Related Posts
Comments
Advertisement