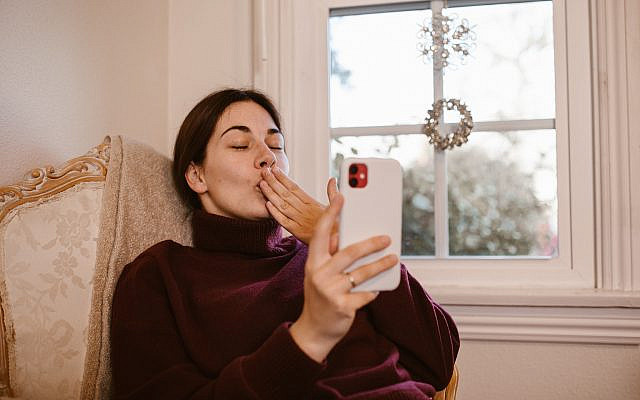 Is it not what she intended? (Free for Use Photo by RODNAE Productions from Pexels)

The times are not easy for the Times of Israel blog writer.  As the eighteenth-century writer, Jane Austen, might have put it, you need both Sense and Sensitivity.

Firstly, the blog must make sense. This old and well-used advice is always helpful:

Well, let me tell you straight up front, today I don’t have much to tell you. So now I’m going to tell you what I do have to say.

The most important is sensitivity. It is difficult to avoid offending someone, somewhere. I sometimes get the feeling that there are readers out there who are looking for something to be offended about. Well, this blog is offense-free. It is even carbon neutral.

The words mens reus and actus reus come to mind. Many readers will have been thinking about them all day.

Actus reus non facit reum nisi mens sit rea,
(The act is not culpable unless the mind is guilty.)

This fairly abstruse Latin phrase means that a person cannot be found guilty of committing a criminal offence, unless it has been proved that they have carried out a ‘guilty act’ with a ‘guilty mind’. Perhaps a more modern word will make this clearer — intent. The difference between manslaughter and, much more serious, murder, is intent; did you really mean to kill him or was it just an accident.

We have seen just how important this little word can be, as prosecutors from the Democratic party try to prove that former President Trump intended to incite his many supporters to attack the Capitol. Trump claims that he was misunderstood, and thousands rioted by mistake.

Still in the US of A, President Biden tweeted his intent to sign executive orders to fight the coronavirus pandemic. Perhaps, instead of letting the virus know his intention, he should just get on with his plan. Let the virus be surprised.

Also big on intent is our very own prime minister, Binyamin Netanyahu. He declared his intention to carry on with annexation despite the many voices intent on bringing him down. He must miss the last US president, who appeared intent on fulfilling his every desire.

Sports fans will be glad to know that Tyson Johnson, a wrestler, signed a letter of intent to continue his athletic and academic career at Dakota Wesleyan University next year.  Meanwhile, that other Johnson, the one with the rather unkempt blond hair, is making a trip to India next month. This is widely seen as a statement of intent that Global Britain views a world beyond the confines of the European Union.

As I turned on my workstation this morning, I had no intention of writing this blog. But while I was intent on my breakfast, it seems to have written itself.

And for the sake of equality, I hope there will be no unintended consequences.