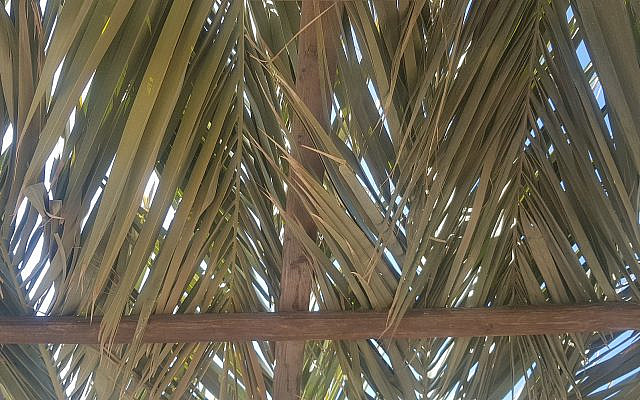 Skhakh Not From Stolen Land (courtesy)

Tractate Sukkot makes it clear that one is forbidden to use a stolen lulav (Closed palm frond. One of the 4 species we wave during the holiday of Sukkot/Feast of Booths. Leviticus 23:40) a stolen sukkah (temporary Sukkot dwelling. Leviticus 23:42), or stolen skhakh (thatching) for one’s sukkah. (Babylonian Talmud Tractate Sukkot 27b, 29b, 30a, etc.) There are long discussions as to whether there are exceptions. For example, theoretically a thief can use stolen building materials if s/he makes monetary compensation However, this is only true if s/he is willing to pay. The discussion is also complicated because there are two reasons that it is forbidden to use a stolen lulav or skhakh. The fact that the  commandment in Leviticus is “”You shall take for yourselves on the first day” leads to a conflation of the discussion regarding theft, borrowed materials and public domain. The rabbis also ask whether this only applies to the first day of this seven day holiday(Many celebrate eight days outside of Israel.)

However, the second reason is much clearer. To use a stolen lulav is a mitzvah ha’ba’ah b’aveira – performing a mitzvah via a transgression.  The Talmud teaches that for this “there is no remedy.” (Sukkot 30a)

Or Sameakh further argues against those claiming that it is OK to use a sukkah stolen from a non-Jew because, even according to the first reason, a borrowed and a stolen object are entirely different matters:

Because it is not “yours,” and it is not similar to a borrowed sukka, in which the borrower enjoys temporary proprietary rights. And the proof is that when a person borrows an article for a certain period of time, and he comes to return the article to its owner during that period, the owner must surely reacquire the article by way of a kinyan. (Or Same’ach 5:25).

It is not enough to perform mitzvot by rote. We must perform them ethically, and also ask what the mitzvah is meant to teach us.  For years we held demonstrations against administrative home demolitions where the rigged system makes it nearly impossible for Palestinians in the Occupied Territories, as well as for many Palestinians who are Israeli citizens to build legally. Just yesterday, a Palestinian from the South Hebron Hills was telling me about the current wave of demolitions in the midst of the Covid crisis.

In recent years, we have also raised the issue of those Israelis in need of public housing.  In both cases, the fact that we live in a fragile Sukkah for a week must sensitize us to those who lack a stable roof over their heads all year long.

Back to the stolen lulav and skhakh.  As far as I am concerned, a lulav or skhakh that comes from a settlement are forbidden stolen goods. Using them is truly a mitzvah ha’ba’ah b’aveira.

Some lands even the State of Israel knows are stolen, as we saw in the recent Mitzpe Kramim High Court decision. Thankfully the High Court also struck down the “Legalization of Theft” law (Officially “The Law for the Regularization of Settlement in Judea and Samaria,”) in June.  The law aimed to prevent the dismantling of settlement structures on land which Israel recognizes as privately owned land, if the building was done “innocently.” Having led Israeli human rights organizations working in the Occupied Territories for over 25 years, I can definitively say that building on Palestinian land is almost never “innocent.” If the State/settlers didn’t know in advance that they were building on private land, they didn’t try very hard to check.

Much of what Israel has declared as “state land” is also private Palestinian land wrongly declared.  Finally, international law as objective interpreters understand it, mandates that true state land be used for the benefit of the occupied people. In other words, settlements built on state land are also an act of theft.

The Talmud and Shukhan Arukh deal with a Sukkah built on stolen land, but I have not found a discussion regarding products grown on stolen land.  There is an argument that land can’t actually be stolen, apparently because the assumption is that there will eventually be a reckoning. Even those who say that one technically fulfils the obligation to be in a Sukkah if the Sukkah is on stolen land, add that this is a “reprehensible act.” (Sukkot 31a).

I am suggesting that there must be an addition to the existing halakha.  A lulav or skhakh grown on stolen land must be treated like stolen property.

Although my requirements go beyond what is “halakhically kosher,” I believe that a “real” sukkah must be actually built out of natural materials on the ground. I don’t go for “permanent” roll out skhakh either.  Many of us in Israel like to use palm fronds for skhakh. But here is the problem.  The fronds sold in Jerusalem leading up to the holiday are all from settlements in the Jordan Valley.  I found one Palestinian man selling skhakh, but he disappeared a few years ago. Luckily, a side benefit of the fact that my work includes the protection of Palestinian shepherds in the Jordan Valley is that for the past two years I have bought from Palestinian tree owners.

It is no problem finding three of the four species grown inside Israel proper (Etrog, myrtle, willow). The challenge is the lulav, again from the palm tree. I sent pictures of the lulav to the Palestinian tree owner, but he couldn’t help. Likewise, Israeli sources that had lulavim from inside Israel in the past said that this year their lulavim were from the Jordan Valley.  The situation was even more complicated because, although my Covid test came up negative and my quarantine technically ended today, I have a dry cough and some lung congestion, and felt that it would be irresponsible of me to potentially endanger others by going to the local shuk arba’at ha’minim – the markets that spring up around Israel.    So, I had the privilege of “v’shinantem l’vanekha,” of teaching my son how to search for a kosher lulav.  All of my children have been taught to think for themselves, and by no means agree with me on everything. I respect their right to make their own decisions, but take seriously my responsibility to teach them what I believe God demands of us. 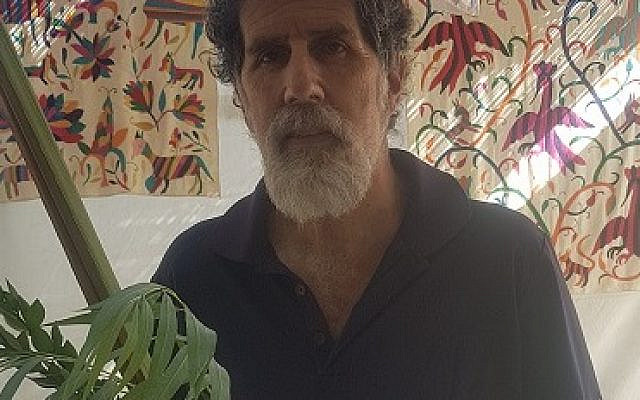 On this Sukkot, may we all learn to avoid theft of any kind, and be careful not to think we have fulfilled a commandment by committing a transgression.  May God spread God’s Sukkah of Peace over all humanity and planet itself.  May we work harder to spread the sukkah of a physical roof over every human being all year round.