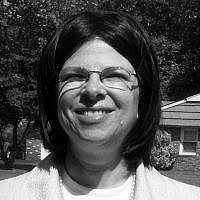 The Blogs
Gertrude Regina
Apply for a Blog
Advertisement
Please note that the posts on The Blogs are contributed by third parties. The opinions, facts and any media content in them are presented solely by the authors, and neither The Times of Israel nor its partners assume any responsibility for them. Please contact us in case of abuse. In case of abuse,
Report this post. 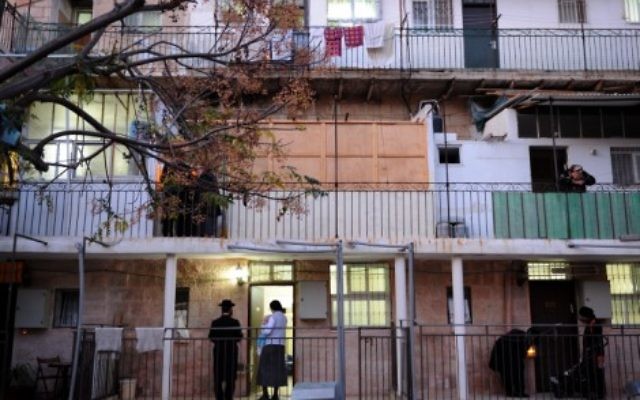 This post is a response to “Nachlaot, where pedophiles roam free,” by Elana Kutscher. In it, I examine the main points made by Elana and analyze their validity.

Elana claims that there are pedophiles in Jerusalem’s Nachlaot neighborhood and that this was reported to the police over a year ago, but that the pedophiles are still there. The implication is that the police did not really do enough about the problem.

On the contrary, the police took immediate action as soon as they were notified about the initial suspected pedophile in November 2010. Afterwards, when neighborhood residents reported more suspects in the summer of 2011, the police again took action and arrested a group of suspects. If anything, the police were overzealous in their pursuit of potential suspects. They arrested several more individuals in January, 2012, simply because of public pressure, even though there was no substantive evidence.

She states that the police say this is the largest pedophile ring in the history of Israel, and that over 100 children have been abused.

In fact, the position of the police is that there is NOT a pedophile ring in Nachlaot at all – and there is not a ringleader. The police DO believe that there were pedophiles molesting children in Nachlaot, but that each one acted on an individual basis, and not as part of an organized group. The concept of a pedophile ring was the figment of the over-active imaginations of worried parents. They also claimed that this imaginary pedophile ring was producing movies of pedophilia for financial profit. No such movies were ever found. No forensic evidence of any sexual molestation was ever found either, even for those suspects who were indicted. The indictments were based entirely on the testimony of the children.

Not all the children who gave testimony were actually abused. Though more than 100 children testified that they were abused, much of that testimony was corrupted by the improper methods the parents used to obtain it. Some mothers went door to door, trying to convince as many parents as possible that their children were molested. The children were also shown pictures of the suspected pedophiles.

She tells us that some pedophiles were convicted, and that one received a 5 year sentence.

None of the suspected pedophiles has yet been convicted. Several have been indicted and are currently standing trial.

She states that others who are known to be pedophiles are walking around freely, due to lack of evidence.

There were several innocent people who were interrogated, on the basis of rumors and gossip. Since these people were innocent of any wrongdoing, they were later released.

She states that Israel needs a sex-offender registry, similar to what the US has.

Thus, in the US only someone who has been convicted would be placed in such a database. It would be a violation of the civil rights of those who have been accused of a sex offense to put them into such a database prior to conviction. However, Elana and her friends would also like to put the names and photos of every person who is the subject of gossip in Nachlaot (or elsewhere) on such a database, even in the absence of any substantial evidence against them. That would definitely be considered a severe violation of civil rights in the US. 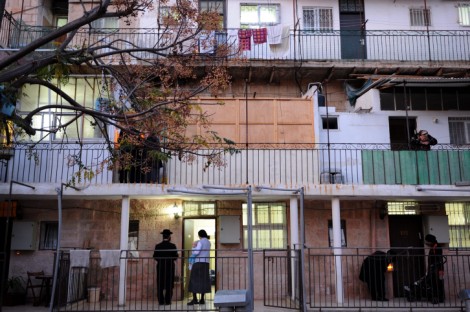 Elana’s conclusion: She urges the public to protest the situation and put pressure on the powers that be to take action against the pedophiles. “So write, talk, scream,” she says. “Maybe our combined voices can make a difference.”

Actually, the public already did put a lot of pressure on various governmental authorities to take more action about the situation in Nachlaot. Because of that pressure, unnecessary arrests and interrogations were made of people who were not really guilty of anything. Also, many people have been socially ostracized and mistreated simply because people are suspicious that they might be pedophiles, with no basis whatsoever. Elana herself admits that she looks at almost every man that she sees in her environment with suspicion, as she says: “Why am I doomed to live in terrified ignorance, darting suspicious dirty looks at any man I see in the playground?”

An unfortunate outcome of articles like Elana’s which urge people to take action against the “Nachlaot pedophiles” is that they rile people up and get them into an emotionally upset state so that they can’t think clearly and rationally about the situation. This type of phenomenon is known as “moral panic.” Similar moral panics occurred in the US during the 1980s when there were a lot of false accusations about satanic ritual child abuse pedophile rings at day care centers in Kern County, California.

The moral panic spread like an epidemic throughout the US and found its way to other countries as well. Later, most of the accusations were investigated and found to be false.

Another really disastrous consequence which occurs when people become upset after reading articles like Elana’s is that some individuals decide to take the law into their own hands, and punish the suspected pedophiles by beating them up and/or destroying their property.

The moral panic also has a negative effect on the very children that Elana claims to want to protect. By frightening children about those individuals who are suspected of being pedophiles, the children needlessly enter a state of anxiety about specific individuals that won’t help them at all if someone else who is not on the list tries to cause them harm. Children need to learn to protect themselves from potential abuse, whether physical, sexual, bullying, verbal, or otherwise. And they also need to learn not to abuse others. Concerned parents could try to teach their own children about this topic at home. But since we can’t rely on every parent to do that, it seems to me that the best place to teach that would be in the framework of the school environment.

In conclusion, there is another side to the story other than that which has been presented by Elana Kutscher’s article. The assertions she makes are often inaccurate. Her goal, to arouse people emotionally in order to get them to take action against the “Nachlaot pedophiles,” encourages a state of moral panic which can be disastrous for everyone – even for the children that Elana most wants to protect.

Much of the information cited above has appeared in Haaretz, here and also here.

About the Author
Gertrude Regina has a Bachelor of Science in Biology and Psychology and a Masters of Science in Basic Health Science. She is currently a co-owner of a start up company and works in the retail clothes industry. She also has a blog in which she posts her English translations of "Appetizers for the Torah Portion" by Rabbi Gershon Steinberg ztz"l.
Comments