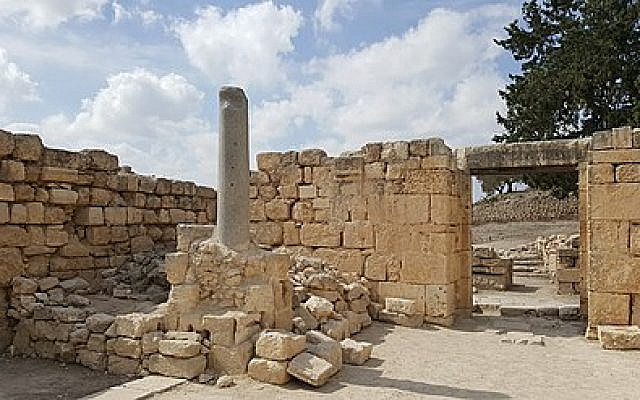 Welcome to the city of Shomron, capital of Israel.

Omri, the king of the northern Kingdom of Israel (reigned 8th century BCE), purchased this hill from Shemer its owner for two talents of silver, and built on its broad summit the city to which he gave the name of “Shomron”, i.e., Samaria, as the new capital of his kingdom instead of Tirzah (1 Kings 16:24). Here Elijah and Elisha faced off against and and alternatively supported Israel’s kings, such as the internationally famous King Ahab, whose palace stands still on top of the hill. The Assyrians destroyed it, as they defeated the northern kingdom and exiled its inhabiatants (Kings II 18:9-12). Later, the Greeks made it into a center, Sebastia, and armies issuing forth from here were defeated by Judah Maccabee. The Maccabees took control of it, and their edifices are visible as well. Their successor, the great Herod, king of Israel in his time, left his mark, with mighty structures and roads immediately arresting the eye here. 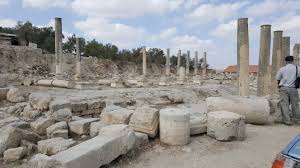 Shomron-Samaria, capital of biblical Kingdom of Israel
Under the Oslo accords, the huge archaeological site is located in Area C, which is under complete Israeli control, but its parking lot and access road are in Area B, the civilian control of which is under Palestinian Authority purview. And in the 2005 Israeli withdrawal from Gaza and northern Shomron, dismantling Jewish towns also meant an abandonment of key biblical sites such as this capital city of Israel, in ancient Samaria.
In 2016 news sources reported the site vandalized, with graffiti, uprooted ancient amphitheater seats and looting. This incredible biblical site, its heritage and importance to the Jewish people so vivid – is being desecrated and taken apart under our own watch.
Read here for details and photos of the intentional destruction: www.facebook.com/ruthjaffe.lieberman/posts/4743308965741246
In simple terms, it’s an awkward but bold attempt to rewrite the Jews out of Israel’s history. Honesty is not the Palestinian Authority’s strong point, one could say, but there’s still time to preserve this important site. In the name of historic clarity and the preservation of biblical heritage, I call on our friends in the international community to speak up. 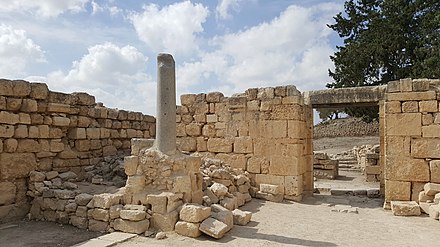 Will this Byzantine Church at Samaria escape palestinian arab desecration? Questionable.
From news reports last week: “The PA held an official ceremony over the weekend to inaugurate a “palestinian” tourist complex in the town of Sebastia in Samaria, the historic capital of the biblical Kingdom of Israel.”
This was no small affair. The ceremony, attended by PA Prime Minister Muhammad Shtayyeh and other ministers, included the official opening of the compound after two years of extensive, illegal and damaging construction at the site. Completely ignoring an order issued by the IDF two months ago, a 15-meter-high PLO flag was installed at the site. The celebrations had Hamas involvement with many Hamas flags flying, according to an eyewitness Israeli scholar with whom I spoke in great detail about this disturbing series of events. I’m just sorry the celebrators haven’t shared photographs and own up to it. Terrorists? Maybe. But at least be honest about what you’re doing. 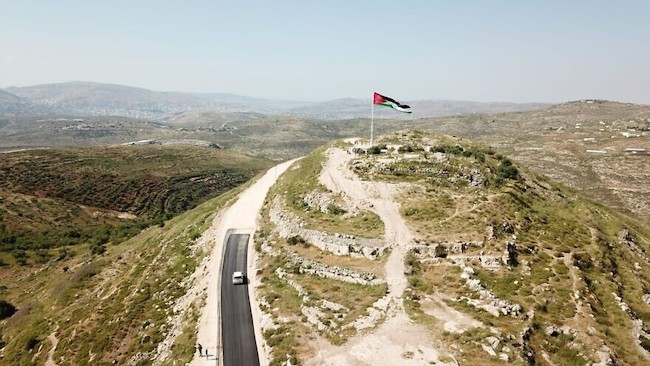 Sorry, PA, it’s time to make your own history. This one’s taken. No attempts to rewrite the bible and its historic proof on the ground, in the Land of Israel, will succeed in the long run.
I expect our friends to step up with honesty and courage. It’s up to all of us to be responsible for protecting the true heritage of our rich history, for generations to come.
About the Author
Ruth Lieberman is an Israeli-based political consultant and licensed tour guide, combining her love of Israel with political acumen to better Israel's standing both at home and in the eyes of the world. She has consulted for political leaders in Jerusalem and in Washington, from work on election campaigns to public advocacy and events. Her tours in Israel connect Biblical history to modern realities, to highlight Israel's achievements and promote its policies.
Related Topics
Related Posts
Comments