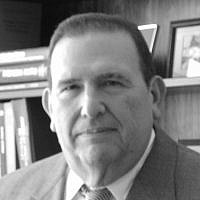 Last Wednesday the leader.of the Lebanese terrorist organization Hezbollah Hassan Nasrallah delivered a combative and belligerent televised address threatening war over the maritime dispute between Israel and Lebanon. He also referred directly to the group’s failed attempt to send three unarmed drones to the Israeli Karish gas drilling rig based in the Mediterranean.

The speech was replete with outright lies and outlandish claims which merits it being labeled “Nasrallah in wonderland”.

To begin with Nasrallah declared “We wanted the Israelis to shoot down the drones through warplanes and ships because we wanted to witness gunfire in that area…(We wanted the workers on the rig) “ to know that this area is not safe.” However, satellite data revealed the drones were flying low and slow, each taking a different route, in an effort to evade Israeli detection.

Further this Nasrallah fabrication, it should be noted, also contradicts the initial version put out by Hezbollah which claimed the mission was a “reconnaissance“ operation—a contention which undoubtedly sought to dispel any question as to why the drones avoided striking their target. Nasrallah, after all, has portrayed himself as the guardian of Lebanon’s “maritime wealth.”

Curiously although wireless video technology which allows the streaming of live footage is readily available for drones of almost any size the  aerial images collected during this “reconnaissance“ mission and released by Hezbollah were fake. According to the i24 News television channel, the video aired was a doctored version of promotional material produced by Energean, the British-Greek company that owns the Karish rig. “The only difference was that Hezbollah added some drone target graphics,” the station said.

This may suggest the drones lacked a video link or more likely that they were brought down so far from their intended target that their photographic gear was not yet turned on. (Evidently the idea was to minimize the time on target available for any Israeli downlink hacking which would be especially worrisome to the drones’ operators if the data transmitted was unencrypted.)

Secondly by alleging that Hezbollah wanted the drones to be shot down Nasrallah became the first leader in modern history to claim that botching an operation was its goal.

The absurdity of this claim is easily discernible. By its logic if the drones achieved surprise, accomplished their mission and returned safely to base, it would have been a failure. Rather the interception of the drones was the real goal of this operation and the Israelis actually helped Nasrallah realize his plan.

Nasrallah is thus seeking to achieve a dual goal. Not only turning a debacle into victory but in doing so implying that Israeli intelligence was duped.  After all Israeli media reported the IDF has had prior knowledge of the drones’ incursion. Yet, rather than a worrisome breach of Hezbollah’s information security, Nasrallah informs us this was all part of his scheme to assure the crafts were fired upon!. Incredibly,  Hezbollah even knew the interception would be done by “ warplanes and ships.”

This bluster could be aimed toward Tehran, where the mullahs are apparently less than pleased by the drones’ fiasco, and for Nasrallah’s followers in Lebanon. It may also be aimed to quiet criticism of the operation among the increasingly disaffected Lebanese public. Lastly, Nasrallah is fully aware that Lebanese leaders criticized the terror group for the drones’ incident, saying it was an unnecessarily risky action.

To top it all off Nasrallah puts out an imaginary scenario where Israel is planning to prevent Lebanon from extracting oil and gas in its territorial waters .

“If you want to get to a formula where this country is barred from taking advantage (of these fields), then no one will be allowed to extract gas or oil and no one will be able to sell gas or oil,” Nasrallah said.

Accordingly Hezbollah will attack all the gas fields and rigs along Israel’s coast if Lebanon is not allowed to exercise its “rights” to extract gas.

Nasrallah no doubt is preparing the grounds so that when an agreement is finally reached he would claim credit alleging his threats foiled the Israeli plan and were responsible for making the deal possible .

Given the plethora of lies, falsehoods and off-the-wall claims Nasrallah’s credibility must be viewed as suspect. Are his threats to attack the Karish rig and even target all of Israel’s maritime gas platforms lest his demands are met merely hot-air?

Hezbollah certainly possesses extensive and diverse capabilities to inflict immense damage on Israel and its vital interests. However, two elements must be considered. First Israel’s multi-layered defense system which could mitigate the threat especially when it comes to protecting the country’s key strategic assets. Secondly Nasrallah surety knows that his threat to hit Israeli rigs would mean an all out war. This might not sit well with his masters in Tehran who would likely fear that his organization’s ability to continue to serve as a deterrent to an Israeli attack on their nuclear sites might be severely compromised. Nor will it escape his attention that his own turban would be on the line from the get go.

About the Author
Dr. Avigdor Haselkorn is a strategic analyst and the author of books, articles and op-eds on national security issues.