I took a break last week from writing, you may have noticed. And I am still taking a break sort of. Not a whole lot of words for this piece (no cheering!), just some nice pictures from a trip I took with my brother-in-law, Neal, and my nephew, Chaim, last Thursday, to the Anza-Borrego Desert State Park within the Colorado Desert in Southern California, 160 miles southeast of Los Angeles. The park is named after the 18th century Spanish explorer Juan Bautista de Anza, and borrego, the Spanish word for bighorn sheep. All the rain this season caused a rare “Super Bloom.” 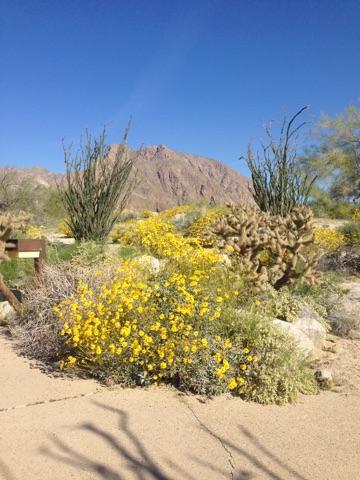 As interested in the flowers were the numerous fat, white-lined sphinx moth caterpillars. They liked the white Dune Evening Primrose plants. These critters were munching and pooping like there was no tomorrow, probably wanting to consume as much as they could before the sun and heat took its toll on the plants. 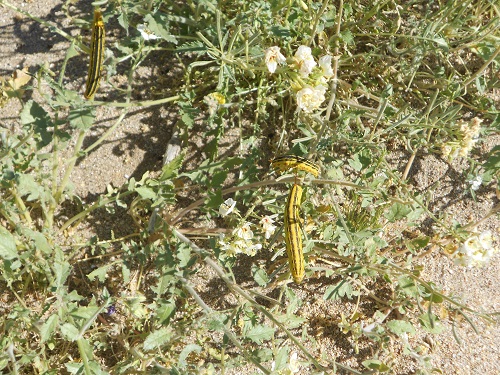 I am too lazy to label each flower in each picture’s caption, so I will mention what we saw right here, right now. There were many yellow flowers – most of the flowers were that bright color. They were Brittlebushes and Parish’s Poppies, as well as Desert Dandelions, Desert Marigolds, Desert Claws, Desert Lilies and Desert Sunflowers. Makes sense. We were in a desert.

There were blue and purplish Verdana and Desert Lavender flowers. Monkey Flowers were pink. We didn’t see any monkeys though. We did see bighorn sheep but from a very far distance. Chuparosa plants were kind of bushy and had reddish flowers. I am sure I am missing naming other flowers. There were several kinds of cacti as well, including the one I brushed with my leg as we were exiting the park. A bunch of small needles penetrated my skin and a few drew blood. Oh well. How I sacrifice for my readers. Here you go. Enjoy! 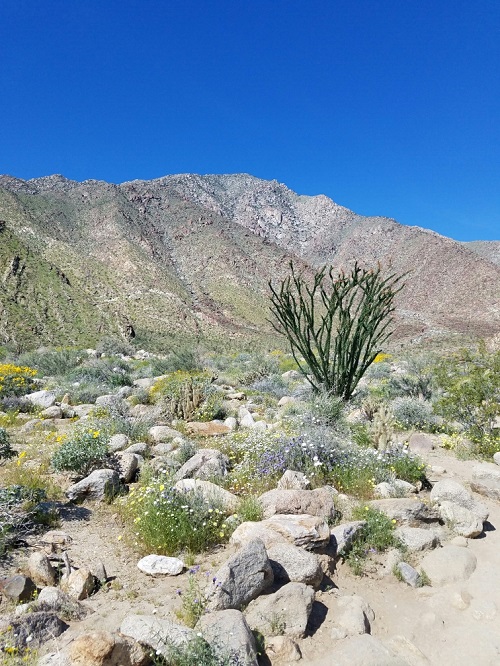 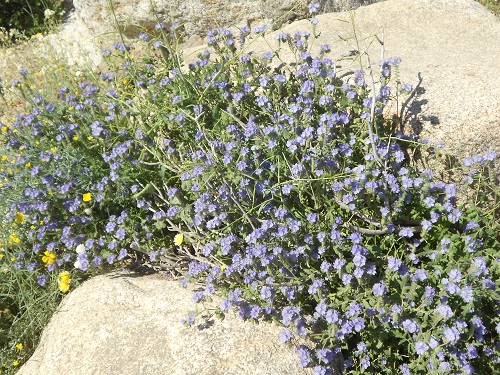 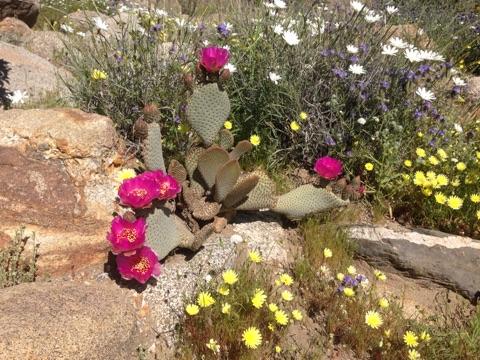 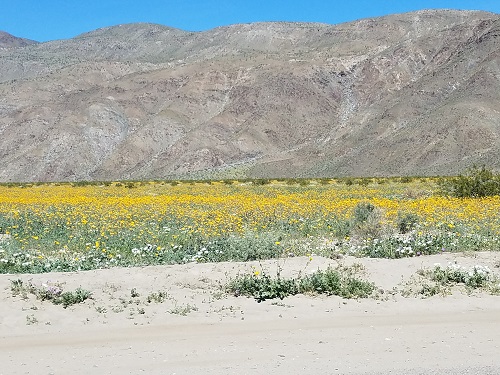 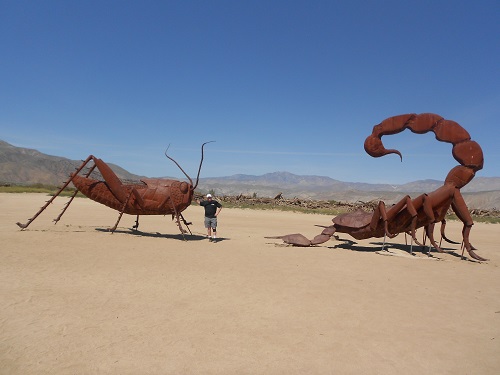 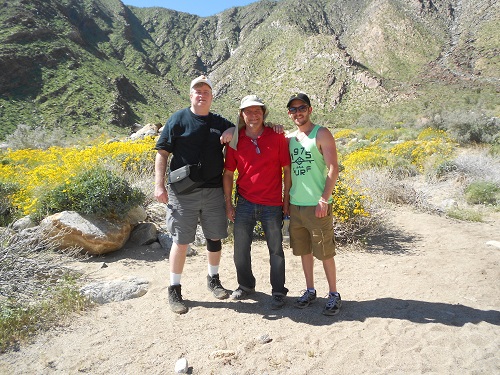 About the Author
Shia Altman who hails from Baltimore, MD, now lives in Los Angeles. His Jewish studies, aerospace, and business and marketing background includes a BA from the University of Maryland and an MBA from the University of Baltimore. When not dabbling in Internet Marketing, Shia tutors Bar and Bat Mitzvah, and Judaic and Biblical Studies to both young and old.
Comments