The 20th century saw the rise and fall of two murderous ideologies: Hitler’s Nazism and the ‘Communism’ practiced by the likes of Stalin and Mao.  The former was (hopefully) eradicated by mass re-education, after a world war that cost the lives of 70 million human beings; the latter eventually collapsed from within, under the burden of its own profound immorality – but not before claiming the lives of around 100 million people.

These days, we see the rise of yet another vicious ideology – Islamism.  Why do I place it in the same category?  Quite simply: because it fits there.

True, despite being already guilty of horrendous crimes, Islamism has not – yet – caused tens of millions of victims; but neither had Nazism or Communism by the 1930s.

On the other hand, all three extreme ideologies share the same fundamental characteristics.

Firstly, all three are predicated on supremacist propositions – namely that a group of people is inherently superior to all the others.  What exactly that Master Group is depends on the specific differentiator that the particular ideology is centred upon.  Since Nazism saw the world through a ‘racial’ perspective, its fundamental proposition was the superiority of the ‘Aryan race’ (the Master Race or Herrenvolk); centred on ‘social’ differences, the Communists decreed that the ‘proletariat’ was inherently loftier than every other class; for the Islamists, whose particular angle is ‘religious’, it is the adherents of Islam that are ‘entitled’ to unquestioned, divinely-ordained supremacy.

Take for instance the following statement:

It is the duty of members of other races to stop disputing the sovereignty of the Aryan Race in this region, because the day these other races should take over there will be nothing but carnage, displacement and terror.

Such statement sounds is surely reminiscent of early Nazi ideology, or of that espoused currently by neo-Nazi movements.  Yet it originates from neither; it simply paraphrases (by merely replacing ‘religious’ with ‘racial’ terminology) a paragraph from The Covenant of the Islamic Resistance Movement (Hamas).  The exact quote is:

It is the duty of the followers of other religions to stop disputing the sovereignty of Islam in this region, because the day these followers should take over there will be nothing but carnage, displacement and terror.

Initially, the Nazi ideology did not advocate the physical extermination of ‘other races’ – that came later.  For early Nazi ideologues, these races could be allowed to live, provided they accepted Aryan supremacy and did not attempt to ‘pollute’ the Master Race.  The Racial Tenet (Rassegrundsatz) printed on every Nazi-issued ‘Aryan Certificate’ declared:

In line with national socialist thinking which does full justice to all other peoples, there is never the expression of superior or inferior, but alien racial admixtures.

The Islamic Resistance Movement is a humanistic movement.  It takes care of human rights and is guided by Islamic tolerance when dealing with the followers of other religions.  It does not antagonize anyone of them except if it is antagonized by it or stands in its way to hamper its moves and waste its efforts.  Under the wing of Islam, it is possible for the followers of the three religions – Islam, Christianity and Judaism – to coexist in peace and quiet with each other. Peace and quiet would not be possible except under the wing of Islam.

When groups like ISIS issue ultimata to Christians to ‘convert to Islam, accept its supremacy or die’, they express, in a more practical way, the same ideological tenet.

The Communist variety of supremacism is obvious, for instance, in the words of Trotsky:

Secondly, all three extreme ideologies promote a world view in which there is an inherent, perpetual and inevitable conflict between the superior or ‘Master Group’ (race, class or religion) and ‘the others’.  ‘The others’, needless to say, despite being fundamentally inferior, are intent on subjugating the Master Group.   The conflict (call it ‘Kampf um Lebensraum’, ‘class struggle’ or ‘jihad’) is fundamental not just to the ideology, but also to its practical implementation.  Conflicts (especially when portrayed as global and quasi-existential) represent ‘exceptional circumstances’ or ‘force majeure’; as such, they justify employing ‘exceptional means’.

Just like today’s Islamists, both Nazis and Communists made extensive use of torture and executions.  (Interestingly, Nazis practiced beheading as a form of execution, as do today’s Islamists; at times, Nazis also used the more expedient pistol bullet to the back of the neck, as did Stalin’s executioners and Palestinian Islamists against ‘collaborators’.)  All three movements sought to use terror in order to discourage dissent and weaken resistance.

Thirdly, all three ideologies have a similar ultimate goal: to do away with the extant ‘injustice’ and replace it with a ‘new global order’.  The end is thus, invariably, the ‘Perfect World’; so perfect, in fact, that that end justifies and even sanctifies the murderous means.  That ‘Perfect World’ – call it Millenarian Reich, Global Commune or Islamic Caliphate – will be achieved as a result of the Master Group’s final victory over ‘the others’.

Islamism belongs in the same category as Nazism and Communism; but what does that mean, in practical terms?  Does it mean that we will have to fight another world war?  Or wait for decades, in a horrendous equilibrium of terror, until this new murderous ideology will find its own way to history’s rubbish bin?

Well, not necessarily; not if we recognise the similarity and apply the lessons learned from dealing with the previous two forms of supremacism.

Given their ultimate goal (‘the Perfect World’), extreme ideologies are inherently expansionist.  They both desire and need territorial gain.  ‘Desire’, because expansion demonstrates success (‘the proof of the pudding…’); ‘need’ in order to supply the human and material resources for both survival and further expansion.  It follows that they need to be contained geographically – and not allowed territorial gains.  As explained in another article, resisting Hitler’s invasion of Austria and Czechoslovakia would not have led to a World War; tolerating those aggressions did.

But while geographical containment is a tactical imperative, it is not a strategy.  On its own, containment simply turns an acute ailment into a chronic disease.  Which may eventually disappear – but only after decades of suffering, and only if none of its acute outbursts succeeds in killing the patient.

Let us remember, however, that what eventually did away with Nazism was not the Allied victory in the Second World War; millions of brainwashed Germans, Austrians, etc. did not change their minds overnight, just because the Nazis lost the war.  The real solution was the process of mass re-education that followed the war and continued for years or even decades.   Similarly, while the Communist bloc collapsed from within, that did not happen while the West sat idle; nor was it the result of the containment policy alone.  There was intense Western propaganda activity; for instance, two radio stations – Free Europe and Radio Liberty – were transmitting uncensored news, education to democracy and other programmes.  The programmes were put together by dissidents and anti-Communist activists originating from the Communist bloc and were transmitted in Russian, Polish, Czech, Hungarian, Romanian, etc.   Radio Free Europe and Radio Liberty had an important role in informing and educating people beyond the Iron Curtain and contributed to the weakening and eventual collapse of the Communist regimes.  In fact, those regimes perceived the radio programmes as so dangerous, that huge efforts were made to jam the transmissions.  And when jamming proved ineffective…  In 1981, Ilich Ramírez Sánchez (a Palestinian terrorist of Venezuelan extraction, nicknamed Carlos the Jackal) bombed the Munich headquarters of the two radio stations, causing heavy damage and injuring several of the stations’ employees.  Secret service documents found after the fall of the Communist regimes showed that it was Romania’s dictator Nicolae Ceaușescu who paid The Jackal to perpetrate the bombing.

One wonders why there are no similar propaganda efforts being made today?  Why are there no ‘Radio Liberty’-style stations transmitting unabashed pro-democracy and anti-Islamist programmes in Arabic, Farsi, Dari, Pashto and Urdu?  Better still, why not television stations, to counter the ‘official line’ decreed by Middle Eastern dictators and the more subtle propaganda conveyed by the likes of Al Jazeera?  A much stronger, much more assertive Internet-based propaganda is also a must.

To many in the West, the word ‘propaganda’ sounds pejorative; but what’s wrong with promoting the message of liberal democracy, human rights and progress, as an alternative to the hate, obscurantism and primitiveness pushed by the Islamists?  How exactly are the Middle East masses (who have never actually experienced liberal democracy) supposed to reject the Islamist brainwashing, when the only alternative they know is the brutal, incompetent and corrupt regime of ‘secular’ dictators?

Contrary perhaps to popular belief, there are Arabs, Iranians, Afghans and Pakistanis who believe in liberal democracy and oppose Islamism.  Let’s give them the tools needed, so they can make a difference.  It’s not weapons that they need – they need a voice.  Let’s give it to them NOW and in 10 years we’ll view this as the best investment we’ve ever made. 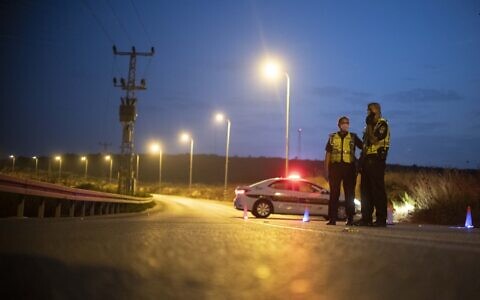 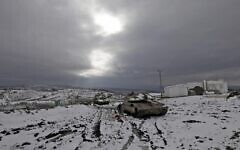