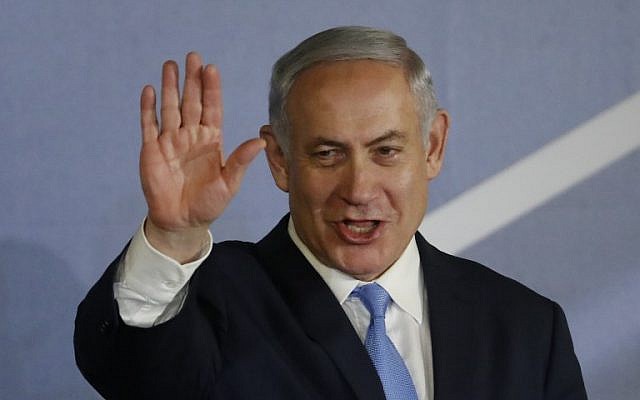 The general elections called for April 9, 2019 have put the already tumultuous Israeli political system into a complete tizzy. While candidates are scrambling for position and parties – old and new – are charting their course, it is becoming increasingly evident that the forthcoming ballot is far different than its recent predecessors. Are these elections, designed as a salvage operation for the incumbent Prime Minister, going to mortgage Israel’s future to the fate of one man? Or are they going to determine the character of the country and its trajectory in the coming years and provide an opportunity to move ahead? Most everyone is aware of the key motivation behind the impending electoral exercise; it would be utterly foolish to even begin to wager on its outcome.

To be sure, the timing of the snap (albeit hardly surprising) decision last week to disperse the Knesset and prepare for early elections was entirely Mr. Netanyahu’s. There is a fair amount of consensus that this move was prompted by the Prosecutor General’s recommendation to indict him (and his wife) on charges of bribery and breach of trust in at least one of the investigations that have preoccupied the public for the past couple of years in the hope of postponing any decision by the Attorney General, the last arbiter on this matter, for at least a few months. He and his inner circle had already concluded that, if at all possible, facing elections without formal charges would be far preferable than under indictment – although he may not be able to avoid legal proceedings down the road.

The rush to the polls, in a rapid departure from the Prime Minister’s previous insistence that the government would last out its full term, was facilitated by the glaring incapacitation of the coalition (vide its inability to pass the new draft law), the blatant disarray in the ranks of the opposition, the conviction that the negative effects of the unfolding economic tailspin would still take some months to be felt, the sincere belief that the United States would probably not embarrass the ruling party and its leader during the campaign by releasing the details of the “deal of the century,” and the sense that it would be difficult to maintain an aura of security on the fragile northern and southeastern frontiers indefinitely.

Control over the timing of the election also gives an initial advantage over its framing. The Likud has made it abundantly clear that it sees the vote as a public referendum on the record and the performance of its leader. The party faithful see the continuation of their hegemony as heavily dependent on Netanyahu’s political survival. These elections are meant to provide the prime minister with legitimacy and delay his political departure (if not exonerate him entirely). His fellow travelers are thus malleable to carrying out his bidding which, in the spirit of Louis XV’s famous adage (“apres moi, le deluge”), links the country’s future to his own political fate.

The first steps of the present campaign appear, therefore, to serve Benjamin Netanyahu’s strategy well. Most commentators have bought into his line and are presenting the elections as nothing short of a test of his political acumen and his popular standing. The early polls of the 2019 election season published this past week have focused heavily on Netanyahu himself – reinforcing the centrality of the personal over the ideational and highlighting the paucity of alternative personalities who can challenge his stature. Should this mindset prevail, it will strongly affect electoral discourse and dictate the atmosphere of the campaign as well as its conduct.

By no means, however, can it determine its outcome. The current assumption that all signs presently favor the return of Netanyahu for a pathbreaking fifth term is by no means a foregone conclusion. This is especially true given the fact that there are simply too many crucial electoral elements up in the air at this time. No definite picture of the party map is available. Little is known about possible mergers and splits on all sides of the political spectrum. Naftali Bennett and Ayelet Shaked have already flown their own political coop. Some key military personalities – notably Benny Gantz and Moshe Ya’alon – have just thrown their hats into the political arena. And others are exploring prospects of forging new alliances and creating electoral fronts. The order of the lists has yet to be determined. Next to nothing has yet emerged regarding the substantive agenda of the campaign (beyond its personal component). No indication of its character (barring initial indications as to its potential ruthlessness) has developed. And it is truly impossible at this juncture to weigh those elusive factors (such as security exigencies, unforeseen economic issues, potential social unrest) which in the past have had a direct impact on election results.

Benjamin Netanyahu, a known political maestro, is keenly aware that by calling elections in these circumstances he is taking an enormous risk – perhaps even the gamble of his life. He is much better positioned to retake charge of his political destiny should he prevent an indictment before the vote. A victory under these circumstances could be presented as a democratic affirmation of his right not only to continue in office but also to extend his current policies. But even should an indictment be issued before the vote – which would surely adversely affect his prospects at the polls – an electoral success revolving around his status as the ultimate victim would strengthen his claim to a popular mandate. In either of these scenarios, however, he may be sacrificing his historical legacy on the altar of his immediate political survival.

But since Israeli elections have a dynamic of their own, other possibilities are equally plausible. Even within the pre-defined and highly constrictive parameters of the emerging electoral contest, an opposition victory is not beyond the realm of the possible, especially if internal squabbling is somehow contained and if its campaign pits a substantive agenda focused on burning economic, social and security questions as a counterpoint to the personal one conducted by the Likud. The difference between a right-wing/religious coalition and a center-left one still stands on a mere 4-7 seats in either direction. With increased fragmentation in the ranks of the right, prospects for new and intriguing coalitions around issues, skillfully guided to highlight hopeful possibilities and not only familiar dangers, exist.

In truth, the best that Netanyahu can hope for now is to minimize damages. There is one other – admittedly remote – alternative that he can choose. If he truly wishes to go down in history as one of Israel’s great leaders, he – and his aficionados – may be better off considering withdrawing voluntarily before his reputation is pulverized entirely and his party is left rudderless.

This may be the best time to formulate an exit strategy for several reasons. First, a sober assessment of the situation cannot but lead to the conclusion that difficulties on all fronts pose a multiplicity of dangers which, when added to the economic, social and legal distortions wrought by Netanyahu’s various governments over the past decade, expose the country to democratic and security challenges that should best be relegated to others. Second, even within the Likud there is a growing unrest around leadership succession: good democratic leadership requires nurturing the next generation before it is too late. This means that leaders must know when and for what reasons to gracefully depart the political scene (vide Angela Merkel and Theresa May). This may be Netanyahu’s last chance to bow out with at least some of his reputation intact. Third, on a more personal level, the Prime Minister may be able to substantially reduce or bargain away the criminal charges against him (as he did after he completed his first term in office in 1999 in the Amedi case involving bribery, fraud and the theft of $100,000 worth of gifts to the state), thus somehow leaving some of his good name intact for posterity. This may be Netanyahu’s last chance to have some say in crafting his legacy.

These are not insignificant considerations for a historian’s son. Should Netanyahu, on further reflection, decide to pursue this route, his resignation at this point would immediately transform the impending polls from a pseudo-election into a true referendum over Israel’s future. If he does so, he will allow Israelis to choose from a clean slate and begin the difficult task toward rehabilitation; if he doesn’t, he risks either ignominious electoral defeat or, worse, by winning, bringing down Israel along with him. The choice is his; the consequences will reverberate throughout Israel for years to come.