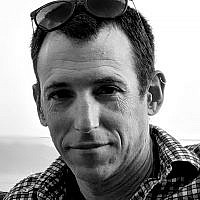 The Blogs
Yair Wallach
Apply for a Blog
Please note that the posts on The Blogs are contributed by third parties. The opinions, facts and any media content in them are presented solely by the authors, and neither The Times of Israel nor its partners assume any responsibility for them. Please contact us in case of abuse. In case of abuse,
Report this post. 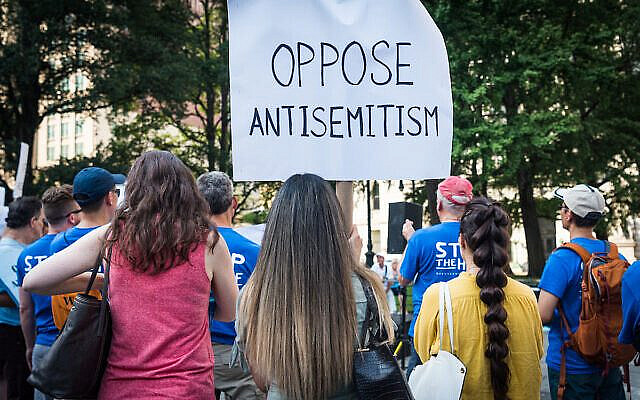 Antisemitism has returned to the headlines in recent years in many forms: murderous white nationalism, populisms of the right and the left, conspiracy theories with wide appeal in an age of fake news. The manifestations of antisemitism differ substantially according to context.

In the UK, the discussion has often centred on the intersection between antisemitism and Israel-related discourse, as seen in the Labour Party’s crisis. The most blatant examples of antisemitism in Labour were not, in fact, about Israel, but rather involved Rothschild conspiracies, Holocaust revisionism, and accusations of backstabbing and disloyalty. But such rhetoric was often excused by the claim that it was all “really” about Israel and Zionism. In one of the most infamous examples, a neo-Nazi cartoon of the Statue of Liberty smothered by a Star-of-David monster was preposterously dismissed by a Labour official as “anti-Israel, not anti-Jewish.”

In recent years, I have spoken at length with many Jewish students across UK universities who had legitimate concerns over antisemitism. Too often, students who bring up such concerns are dismissed by claims along the lines of “it’s not about antisemitism, it’s about Israel”.

What many have failed to understand is that the key issue is not political positions on Israel, but rather how discourse on Israel/Palestine is sometimes used against diaspora Jews. Calling diaspora Jews murderers of Palestinian children, or presenting Jews as pawns in a global Zionist conspiracy – this is not about Israel/Palestine, it’s antisemitism.

The IHRA working definition of antisemitism won wide support because of the attention it gave to Israel-related rhetoric. But as many supporters of the IHRA acknowledge, the definition has flaws. Much of its language is ambiguous, imprecise, and open to wildly different interpretations. Some right-wing elements aim to use it in a maximalist fashion, to curtail discussion and activism on Israel/Palestine. They attempt to codify the IHRA (despite its “non-binding” status) and to give it quasi-legal power. This has caused legitimate outcry from Palestinians, who face increasing restrictions on their ability to speak on their experience of injustice and oppression. A situation in which the fight against antisemitism is pitted against the struggle for Palestinian rights, is terrible for everyone involved. And it does not have to be this way.

Let’s remember that the IHRA working definition was drafted in the early 2000s, when the “two state solution” seemed the most likely outcome of the conflict. But in 2021, after two more decades of occupation and settlement-building, Israel’s control of the West Bank effectively transforms into annexation. Israel’s Nation State Basic Law (2018) formalised the exclusion and discrimination of Palestinians as a constitutional pillar. Against this background, Palestinian demands for equality, always legitimate, have become more vocal and the response cannot be to label such calls as antisemitic. The debate on Israel/Palestine often feels difficult and challenging. But if we curtail that debate, we are undermining the chances of Palestinians and Israelis to forge a shared future based on mutual recognition and equity in whatever political constellation they ultimately choose.

To insist that the language of the IHRA requires no clarifications or corrections, is not only damaging to Palestinians and Israelis; it’s also damaging to Jews in the UK. This is because the IHRA’s ambiguity opened it to misuse which undermined the definition’s legitimacy. The over-reaching manner in which the IHRA has been interpreted by some right wing elements, and their attempts to use it aggressively to clamp down on Palestine/Israel advocacy, have created real damage. The Talmudic idiom warns: “Tafasta Merube Lo Tafasta”, when you try to seize too much, you may end up with nothing. This overreach has played into the hands of those who want to deny all forms of antisemitism in anti-Zionist guise. They now falsely portray all antisemitism complaints as part of an IHRA-based witch hunt against freedom of speech. Because of this dynamic, the efficacy of the IHRA is in question. A recent public letter against antisemitism (in the case of Bristol Professor David Miller) did not mention the IHRA once; a clear sign that it has become something of a liability.

The JDA pays special attention to antisemitism in anti-Zionist veneer: the systematic conflation between Zionism and Judaism; the portrayal of Israel as source of all global evil, the depiction of Jews as tentacles of a worldwide conspiracy. The JDA addresses all these; its precise language and explicit delimitations, make it stronger, not weaker. It states explicitly that it should not be used as quasi-legal “hate speech code” and defines itself as an educational resource that can also serve as an interpretive supplement to the IHRA. Its precision helps us to pinpoint antisemitism and, at the same time, to protect the political debate on Israel/Palestine. These two aims are mutually-reinforcing, not contradictory.

In the UK, following years of painful public debate on antisemitism, the JDA can play a vital role. Its legitimacy and exactness help to disentangle the fight against antisemitism in the diaspora from the political future of Israel/Palestine. At the same time, by placing the definition of antisemitism on broad anti-racist principles, the JDA enables us fight antisemitism in alliance with struggles against anti-Blackness, Islamophobia and other forms of racism. It will help us build the widest possible coalition to combat antisemitism.

About the Author
Yair Wallach is a Senior Lecturer in Israeli Studies, and head of the Centre for Jewish Studies, in SOAS, University of London. He is a signatory of the Jerusalem Declaration on Antisemitism.
Comments 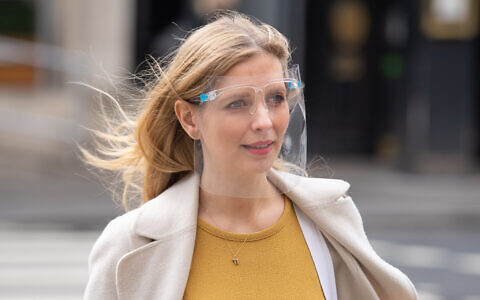 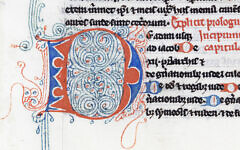