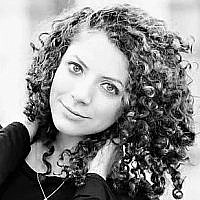 The Blogs
Riv Begun
Historical Fantasy Writer
Apply for a Blog
Advertisement
Please note that the posts on The Blogs are contributed by third parties. The opinions, facts and any media content in them are presented solely by the authors, and neither The Times of Israel nor its partners assume any responsibility for them. Please contact us in case of abuse. In case of abuse,
Report this post.

I wanted to share a project that I have been working on this year.

Rabbi Sacks, when speaking about the word “lishmo’a” in the Shema prayer, says that

“The verb lishmo’a is a key term of the book of Deuteronomy, where it appears in one or other forms some 92 times (by way of comparison, it appears only 6 times in the whole of Leviticus). It conveys a wide range of meanings, clustered around five primary senses:

The word “Listen”, a key component in the song, struck a chord with me-we cannot understand or help others unless we listen first.  In a culture where 15 minutes of fame and the loudest voice are valued commodities, active listening is rare.

I produced this video because the most important form of acknowledgement is to be listened to.  I wanted people to stop and think about who they were listening to and if they were not listening to voices that needed to be heard. In the video, my goal was to connect what is happening today, especially with people who are silenced,  to the efforts of activists and movements in the past to change the world and to simply be listened to.  I want to empower people to make change as individuals but also realize they are not alone, and I want people to feel empowered to get listened to.  As a Jew, I feel I have a responsibility to use my skills to help others and as a video producer, I feel the responsibility to give voice to those that do not have them.  In the Shema, we are told to “hear”. We are a people of action and sometimes that action is to actively listen.

The real creative genius behind the video was Anaís Azul, an artist in Boston and a part of the band Cathartic Conundrum. On the video, Anaís Azul says that “Listen came out of a place of helplessness and now manifests itself as a song of empowerment. It’s a song of protest that celebrates the activists, the culture workers, the organizers, the immigrants, and all marginalized folks who immediately experienced a real sense of greater oppression as soon as Trump was elected.

Listen is about an immigrant who tries to cope with the issues of her country and simultaneously confront them from a place of love. Listen is the song for those who have listened and now need to be heard.”

Thank you to everyone who was involved in this project.  I hope the world will listen.

About the Author
Riv Begun is a speculative fiction and fantasy writer from Atlanta, Georgia. She combines her love of history, travel and family stories to create multigenerational tales inspired by her own family's past. She is a POSSE Foundation alumni and graduated from Boston University with a BFA in screenwriting. You can find her work at rivbegun.com
Related Topics
Related Posts
Comments