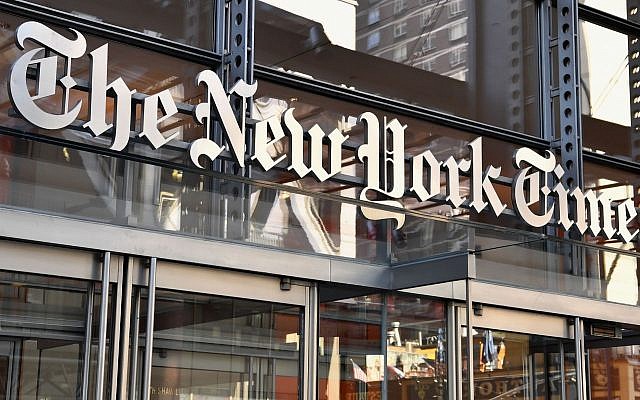 It was Monday morning.

I was making the rounds on Facebook when a certain Israellycool article grabbed my attention.

The headline read: “Haters Attack Aladdin Actor Mena Massoud For Posting About Israeli Restaurant”. Author ‘Aussie Dave’ implored his readers to show support for the embattled actor on Twitter. Although I had neither the patience nor the crayons to fight with hordes of ravenous antisemitic Twitterati, I went anyway.

In doing so, I stumbled upon an NYT interview with Massoud himself. I had time to spare, so I decided to give it a read.

And what I found, near the very top, was this:

“And though it (the 1992 animated Aladdin movie) is set in a fictional port city in Arabia, its characters were voiced by a majority white cast.”

My first instinct was to brush it aside, thinking “I’ll just take the author’s word for it, I guess”. But then I remembered one very important thing: erasure of Jewish indigeneity to the Middle East is an ongoing problem, and it sure as hell isn’t marginal.

For this reason, I felt compelled to do a bit of digging. And what I found was that not only were two of the main actors non-white, they were in fact Middle Eastern. Specifically, they were Ashkenazi Jews.

So although the above statement is technically true (since a cast of two non-white voice actors vs at least five white actors is still ‘majority white’), I seriously doubt that they meant to include Jews in the non-white category, especially when one of these Jewish actors played the lead character.

But why would the NYT miscast ethnic Jews, an indigenous people of the southern Levant, as “white”? Especially in relation to other Middle Eastern peoples? Could it have been an oversight? Given the cultural and political context in which this piece exists, and NYT’s abominable reputation vis a vis anything Jewish-related, I am fairly certain that the answer is “no”.

***EDIT: On the same day, the Guardian (another prominent newspaper with an equally abysmal track record on antisemitism) described the half-Jewish Jake Gyllenhaal, who played the titular Prince in the 2010 film “Prince of Persia”, as a non-Middle Eastern actor. This is yet another example of cultural/ethnic erasure against Jews.***

In fact, it is part of a wider pattern of refusing to acknowledge the Levantine origins/ethnic identity of Ashkenazi Jews — something no one had ever denied before 1948. The reasons why this is bullshit – not to mention antisemitic — have been discussed at length in previous articles. But just to recap…

1. If we are “white,” then we are not indigenous to the Middle East

In 21st century parlance, essentially anyone of non-European descent (bar one obvious exception) is considered a person of color, even when their skin is the same shade as talcum powder (see: Linda Sarsour). And because the Middle East spans Western Asia and Northern Africa, Middle Easterners are by and large excluded from the ambit of whiteness. The Jewish people are indigenous to Eretz Yisra’el, which sits in the Asian part of the Middle East, so it’s natural that they be considered non-white as well, right?

Absolutely. But our enemies on the left side of the spectrum aren’t having any of it, at least not anymore. The reason being that if Jews in particular are white but Middle Easterners writ large are not, then it logically follows that Jews are not “really” Middle Eastern, therefore we cannot be considered indigenous to land of Israel and ultimately have no moral claim to it.

As such, calling us white airbrushes us out of the Middle East, out of our land, out of our identity, and out of our rights. This is cultural erasure of the most insidious order.

Antisemites like to justify this by claiming that we’ve been in Europe for “too long”, but this is nonsense. There is no sober intellectual or scholar who would argue that prolonged displacement and colonization is just cause for depriving a dispossessed indigenous people of their identity and rights.

2. If we are non-white, the anti-racist left can no longer justify ignoring us

Western progressives pride themselves on how closely attuned they are to the experiences of disadvantaged groups, especially ethnic minorities. In fact, so attentive they are to how the white majority wields and exercises its privilege to keep the rest of us at the bottom, that they should be natural allies for the Jews. But that is not the world we live in.

Instead, they have grouped us with the white majority, with the privileged folks perched at the top of the pecking order (more on that below). In their worldview, we are not an embattled minority — despite reams of insurmountable evidence proving that we are — but rather “white people crying about their privilege”. By situating us inside the white majority, we are denied the critical protections and solidarity accorded to all other vulnerable groups. And as anti-Semitism on both sides of the political spectrum grows, Jews are placed in an increasingly untenable position.

But instead of standing with us in our hour of need, the anti-racist left have abdicated their commitments and responsibilities to the Jews, and become part of the problem itself.

3. It is an assertion of Jewish distinctiveness and vitality

As we are (arguably) the world’s oldest extant victims of colonialism, having continuously suffered from it for over 2000+ years, anti-Semitism has always had a built-in totalizing nature. In other words, anti-Semitism’s main function is to dilute Jewish identity, deny our peoplehood, and incorporate us (either by coercion or force) into the identity of our oppressors – or, if that doesn’t work, genocide us. That is how anti-Semitism has worked ever since its inception, in every place it has ever existed.

In ancient Israel, Greek (and later Roman) colonists sought to impose Western/Hellenistic identity on us. Through their efforts to root out Jewish religion, language, and culture, they hoped that we would abandon our “barbaric” ways and become “civilized”. These efforts culminated in a series of Jewish revolts. And although we successfully managed to repel the Greeks (see: Hanukkah), the Romans defeated us and carried a large numbers of Jews off to Europe as slaves, subsequently renaming our country Syria-Palaestina (Syria-Palestine, after the Assyrians and Philistines respectively). But despite all of that, their efforts to destroy the Jewish people were ultimately unsuccessful.

And yet, the Jewish exiles in Europe would soon face a new threat in the form of Christianity — a Jewish religion appropriated by Europeans and infused with European paganism. Over the next 15 centuries, Europe would try again and again to wipe us out via conversion and assimilation to Western culture, with each failure ending in yet another expulsion or massacre (usually both). But once again, the Jewish people emerged intact.

Around the same time, Arabs began colonizing and occupying large swathes of Asia (Israel included), all of North Africa, and various parts of Europe. Although their treatment of the Jews was markedly less violent than that of their European counterparts (at least insofar as we “knew our place”), they were no less determined to see us disappear. Initially, they believed that we would either mass convert to Islam, or languish in dhimmitude (second class status) until we died off. The success of Zionism shattered this view, and from that point forward their brand of antisemitism took on a decisively “European” (read: genocidal) slant. But thus far, their (still ongoing) efforts to annihilate us have ended in failure.

In Enlightenment Europe, Jews living in the Western hemisphere continued to be regarded as savages, as well as an uncultured Oriental (this was before Zionism, so the revisionist theory that Jews are “European converts/not really Semites” hadn’t been invented yet) menace who, by all rights, should be mass deported back to the Middle East. Enter Napoleon, whose unprecedented offer of full legal equality and citizenship to the Jews came at a cost that almost no self-respecting minority today would accept: abandon their ethnic identity and become “good Frenchmen”. As noble as this offer might have seemed at the time, it didn’t change the fact that Jews were once again being called upon to erase themselves. Moreover, as the Jews were the most conspicuous non-European diaspora living in Europe at the time, racial differences often got in the way, as the Dreyfus Affair (and later the Holocaust) would soon show.

This brings us to North America. Although our experiences on this continent initially bore many similarities to what we experienced in Europe, North American anti-Semites (hardcore white nationalists notwithstanding) soon took notice of the fact that overt expressions of racism – including antisemitism – were going out of style, and embraced what appears to be an amended version of the Napoleon strategy. In other words, their new hope is that North American Jews (i.e. the largest Jewish population outside of Israel) will continue divorcing themselves of their ethnic identity, assimilate, and fade away into “whiteness”. Assimilation will inevitably bring about a decline in religious observance as well, and once the Jewish state (that *infuriating* guarantor of Jewish safety, vitality, and permanence) is abolished, the Jewish people will (finally!) take their rightful place in the dustbin of history, as we should have done centuries ago.

But Jews collectively identifying as non-white, thereby re-asserting their distinctiveness and demanding *real* solutions to anti-Semitism, throws a wrench into this process. It reads as a declaration of Jewish defiance: “NO! We will not abandon our Jewishness. We will not disappear. We will survive and we will force you to account for your anti-Semitism, by any means necessary.” Obviously, it’s just more torture for people whose fondest wish is that we would just go away.

4. It is a crippling blow against the hyperpower myth

And as fellow Times of Israel writer Sarah Katz highlighted in her own article, there are no shortage of Ashkenazi Jewish actors who are typecast as Arabs in film and on TV. In fact, Jafar’s television counterpart is portrayed by an Ashkenazi Jew named Oded Fehr. Apparently, there are many who wanted him to reprise this role in the live-action remake, seemingly unaware of his *ahem* “whiteness”. 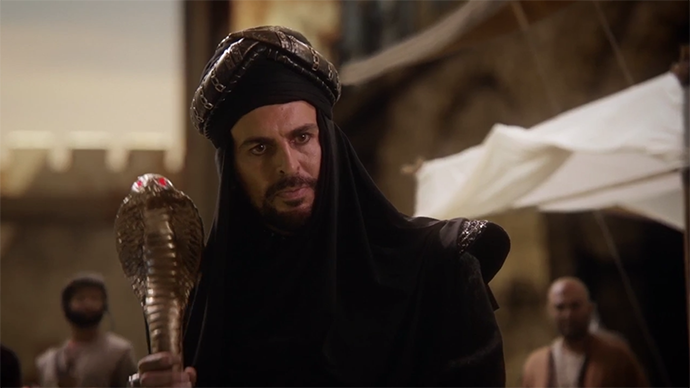 ^Apparently, this is “whitewashing”

Although this latest NYT solecism may appear irrelevant, it is but one of countless daily assaults (both subtle and overt) on Jewish identity. Thereby, as all structures of oppression remain interconnected, the entire Jewish community must incessantly, unwaveringly challenge any and all of these attempts at erasing the origins of one of the world’s oldest, most abused indigenous peoples.