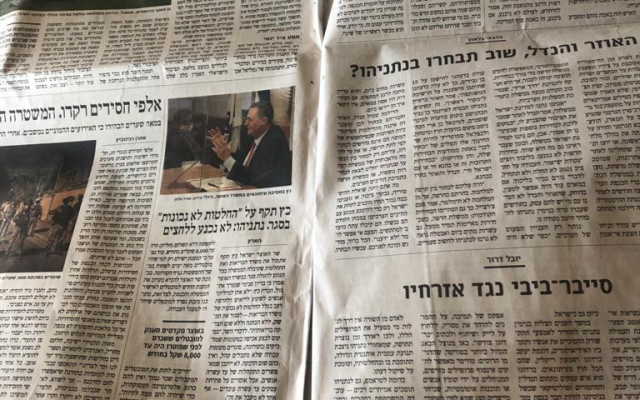 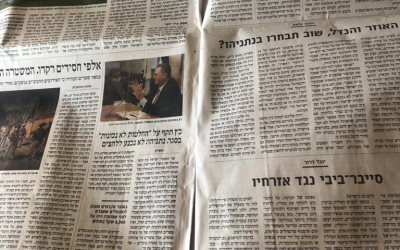 I have read at least one daily newspaper almost since I could read. At my parents’ home in London we had the luxury (which we took for granted) of having a morning newspaper put through our letterbox every morning, so that it was there on the mat, waiting for whoever was the first to come downstairs. Originally it was the News Chronicle, and when that failed it was the (Manchester) Guardian. When my father came home from work each evening he would have the Evening Standard under his arm, and it would be eagerly seized and read by myself and my sisters. Sunday mornings were always the highlight of the week when I could delve into the Observer and soak up the delights provided by its erudite reporters, feature writers, columnists and book and theatre reviewers.

More recently, whenever I made my annual pilgrimage to London in pre-Corona days, I would marvel at the fact that the Evening Standard was freely available (albeit full of rubbish) and wished my father had lived long enough to see that.

Since making my home in Israel my consumption of newsprint has not declined. At first I was limited to the Jerusalem Post, which was not very satisfactory back in those distant pre-Six-Day War days, when Israel was still finding its feet in the world, and in journalism, too. But my knowledge of Hebrew was not up to reading the Hebrew press, and it wasn’t until many years later that I found myself preferring to read the Ha’aretz morning paper in Hebrew, even though today it is also available in English. I suppose that spending many years translating texts of various kinds from Hebrew to English must have honed my Hebrew-reading and comprehension skills.

Some years ago, when I was offered a job in the Government Press Office in Jerusalem, I jumped at the opportunity. However, I soon found that the nature of the work involved far more than simply reading and summarising the Hebrew press. The work was done in awkward shifts which unhinged my home life, the pay was low, the physical conditions were shabby, the equipment unfriendly and office rivalries prevailed. It did not take long for me to realise that I was not cut out for that kind of work, and resigned in short order, relieved to be able to continue my leisurely (and more profitable) work as a free-lance translator.

These days, since I am an early riser, I delight in the start of my day, when I can read the paper in peace as I drink a cup of coffee and nibble a Hobnob or (chocolate) digestive biscuit (now easily available in Israel, thank goodness). Even though it may still be dark, by six in the morning the paper has usually been delivered, while my house and the street where I live are still at rest. The birds are just beginning to chirp and sing, and even the neighbours’ dogs are still asleep.

Sometimes I’m up even before the paper has arrived. It comes wrapped in a plastic bag and is usually deposited at the far edge of our driveway, which means that I have to take a few steps outside to retrieve it. If there is no sign of the paper, I go out onto the pavement and look up the road to see if there is some indication that it is on its way, the indication being the headlights of the car of the lady who distributes the paper to the various subscribers in our area. If I see the headlights gradually coming closer, I stand at the end of our driveway and as the car draws near, instead of chucking the paper out of her window, the lady hands it to me with a smile. We each greet one another with ‘boker tov’ (good morning) and we then go our respective ways. I to sit in comfort and read the day’s (usually depressing) news, and she to bring the information to the other poor blighters who are still sound asleep.