As a financial writer, Twitter is an essential tool. More often than not, it is first out of the blocks with business, economic and financial developments. It is often the place other writers choose to boast of  “exclusives”.

But there is something else about Twitter and social media in general. It tends to bring out the worst in people. In my own field, it is astonishing to see respected economists, from some of the world’s best research universities, throwing insults at each other and questioning critics’ credentials. So intense and sustained can be the disagreements you wonder how it is these combatants find the time to fulfil the teaching and research schedules for which they are paid.

One was reminded of all this by the Twitter storm evoked by US President Donald Trump’s retweeting of Britain First videos purportedly showing Muslim extremists engaging in ghastly acts. By now, no one should be surprised by Trump’s immersion in Twitterland. Nor should we be fazed by his hostility to extremist Islam, symbolised by his efforts to block US borders from immigrants from supposed radical Islamic nations. The shock is that he should regard Britain First and outgrowth of Britain’s fringe right-wing movements as a respectable source.

It took minutes for the Dutch authorities to make it clear that a video of a Muslim immigrant “attacking” a young Dutch man on crutches was false. There was also no evidence to substantiate the images of ISIS militants smashing a statue and throwing a man off a building. These videos were Twitter at its worst. That the president of the United States (POTUS) should embrace the videos gave them undeserved credibility.

POTUS retweeting false information from a group the conservative Henry Jackson think tank describes as “unpleasant, ugly and hostile” was an appalling mistake and exposed his ignorance. Indeed, Americans have become so inured to early-hour rantings of a self-absorbed leader that they have stopped paying much attention.

The uproar in the House of Commons, given air by Speaker John Bercow, was to give Twitter a respect and Britain First the oxygen of publicity.

Both Britain’s Muslim and Jewish community know this better than most. The anonymity of Twitter’s darker side allows groups such as British First and extremist individuals to propagate hatred with almost no likelihood of being found out. When, for instance, serious politicians are found tweeting stereotypes about the Jewish community the likelihood is that they will escape with not more than a rap across the knuckles.

That is no excuse for anyone in the Jewish community to embrace those who disparage Islam and shout foul at politicians because, for instance, they disagree with Israel’s Middle East policies. You don’t have to be a supporter of Palestinian boycott campaigns to think that Israel’s contribution to the siege of Gaza or its more repressive policies on the West Bank are obstacles to dialogue in the region. Jews must always be alert to anti-Semitism, but labelling and targeting people with different views to us about the region issues is counterproductive.

Twitter and social media provides cover for hostile views. In much the same way as the Jewish community is outraged by some Labour Party member tweets about it, so Muslims feel hurt by attacks on them.

This is especially so when they come from groups purporting to represent mainstream Jewish opinion when they don’t. It is right to reject radical Islamic groups tweeting hatred but they should not be confused with senior Muslim politicians seeking to do the best for interfaith relations.

Next time you want to get angry on Twitter, control it. Fight facts with facts, don’t engage in rhetorical abuse for the sake of it and remember how hurtful personal attacks are. Best of all, don’t directly engage because that’s what trolls want. 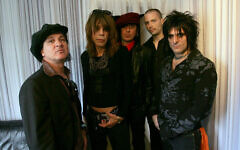