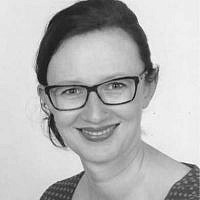 The Blogs
Wiebke Rasumny
Apply for a Blog
Please note that the posts on The Blogs are contributed by third parties. The opinions, facts and any media content in them are presented solely by the authors, and neither The Times of Israel nor its partners assume any responsibility for them. Please contact us in case of abuse. In case of abuse,
Report this post.

The internet has been having a fit ever since Deutsche Welle posted an article about it last Sunday. The uproar was caused by “Rent a Jew”, a non-profit initiative of young Jewish people volunteering to visit schools and answer students‘ questions. The concept is nothing new. Basic information about Judaism is part of the curriculum in German schools, and teachers turn to Jewish communities and museums on a regular basis in order to flesh out the abstract notion of a religion that most have never personally encountered. But synagogue architecture and a tour through the Judaica exhibition of the local museum fall flat when it comes to reaching out to children and teenagers.

You never forget your first

Personal encounters are unquestionably the most profound way to defy stereotypes and make a lasting impression. But not every Jewish man and not every Jewish woman is keen to dive into a conversation with a group of school kids. The German movie “Just an Ordinary Jew” (“Ein ganz gewöhnlicher Jude”, 2005), based on a one-man-play by Swiss author Charles Lewinsky, addressed the protagonist’s ambivalence upon being invited to a school to talk about his life as a Jew in Germany. It’s an understandable response. However, there are quite a few young people willing to engage in this dialogue. Rent a Jew is a platform operating nationwide in Germany to connect these committed people with schools. It fills an unmet need because local Jewish communities, who often get requests of this kind, cannot meet the demand. (That is actually the plotline for the abovementioned film: the community is approached by a school and forwards the invitation to the movie’s protagonist Emanuel Goldfarb).

Jews as objects for rent?

So if our mission is solid, then what is it about this initiative that has gotten the online community all worked up?

The project, which recently received an award for fostering democracy and tolerance against extremism and violence, generally receives positive feedback. But even those who praise the idea of the project stress that they do so despite its provocative, dubious, or just plain “stupid” name. The men’s lifestyle magazine Esquire allows that “it’s not as bad as it sounds!“ (Thank you, Esquire.)

On the other hand, on reddit and Facebook, as well as in the comments on newspaper articles about the project, a lot of commentators shake their heads in disbelief. #nottheonion, reddit mocks. On his Facebook page, one university professor for Jewish languages and literature expressed his concern that this would be a “Purim-shpil” for non-Jews – a display of Jewish stereotypes for non-Jews to gloat over. “What a sick thought, to put human beings up for rent!” Jews and non-Jews have gotten worked up about it. Reactions are torn between our perceived naiveté (or poor mastery of the English language) and the pure spitefulness of the project initiators.

Well, yes, we do. But what exactly is the irony in this phrase? It’s not as if we’ve reinvented the wheel. The “Rent an American” initiative, for example, has been operating successfully and contributing to better international understanding for years ((www.rentanamerican.de)) by connecting Americans living in Germany with English classes. Does this project’s title sound the same to you? I suspect not. But why? It seems to be the combination of Jews with the idea of rental. And this stems from two factors.

The first is the resistance to linking Jews with financial transactions. ”Rent a Jew“ seems to instantly trigger images of a shrewd Jew getting rich at others‘ expense. The image won’t disappear even after assuring for the tenth time that the initiative works on a volunteer basis and does not charge nor earn any money. (Although it’s nice to reimburse travel costs for the representative who visited your class.)

The second factor stems from the ultimate objectification of Jews (and other persecuted minorities) during the Third Reich in concentration and extermination camps. And now Jews are offering themselves as objects for rent? What is wrong with them?

They do not offer themselves as objects, but rather as subjects interacting at eye level with their audience. Dedicated to our cause, we maintain our sense of agency at all times. We know very well that someone who speaks in front of an audience about his or her personal story becomes vulnerable. There is always a potential danger of boundaries being stepped over. This is why no member of the project will visit a group without having been coached and without having determined his or her own boundaries.

But for god’s sake – why this provocative title?

Rent a Jew was started in spring 2015 by young Jewish media professionals and teachers. The former were frustrated by the lopsided media coverage of Jewish topics (summer 2014 had been a hot season in the Israeli-Palestinian conflict, resulting in outbreaks of anti-Semitism in Germany). The latter recounted their students‘ astonishment when they, the teachers, outed themselves as Jews. Their students had never knowingly met one, but their heads were chock full of images — images that were shaken by the revelation of their teacher’s being Jewish.

It’s no wonder, the founders of Rent a Jew concluded. Young people in Germany are informed about Jews by the media — whether through coverage of the Mideast conflict or the circumcision debate — and by family and peers.

Family and peers tend to express their anti-Semitic tendencies either freely or as an undercurrent to politically correct conversations. Their image of a typical Jew is established by Grandpa’s rants about how Jews are exempt from taxation because of what happened to them in the Second World War, but that this is why he is voting right wing now, because he’s had enough of it and at some point there has to be an end to shaming the Germans for their guilt. How would a young person know that this isn’t correct?

And, on the other hand, they hear from their teachers in class that ”Jews are normal people.” And this is undoubtedly true, but without personal encounters, the idea unfortunately stays an empty notion to most. This leads to a prevalence of insecurity and confusion in the German (and maybe worldwide) discourse about Jews, which makes it impossible to speak about prejudice, stereotyping and accusations. But what you can’t speak about you can’t change.

In Judaism, no question is too rude

So why did we choose the name for our project? We did it for you. The linkage between Jews and money, between Jews and objects without any rights – it’s already there. Like it or not, it’s still a common association. That means “Jew” can be heard in German schoolyards being used as curse word. It means people don’t dare say “Jew” because they don’t want to say anything wrong. But how can we begin to reach out to each other, if we don’t dare to speak?

So, you’re welcome. We are breaking the ice for you. Rent a Jew. How does that make you feel? Uncomfortable? Good. This is where we want to be. Maybe we can get started now. We say out loud what everybody has been thinking but didn’t dare to admit freely. Now that it’s out in the open, maybe we can finally start talking about other things, too.

We did it for us. Because we don’t want ”Jew“ to be used as a curse word (neither openly nor behind our backs). But we don’t want to be handled with kid gloves either. The fierce reactions to our project’s name coming from both sides reveal the extent to which we really are driven by fear and defense mechanisms when it comes to anti-Semitism in today’s society. They are the validation that it is absolutely right and about time we held this discussion out in the open.

Wiebke Rasumny is research assistant at Freie Universitaet Berlin and currently working on a PhD project about Early Modern Yiddish literature. She is also one of the founding members of Rent a Jew.

About the Author
Wiebke Rasumny is research assistant at Freie Universitaet Berlin and currently working on a PhD project about Early Modern Yiddish literature. She is also one of the founding members of "Rent a Jew".
Comments