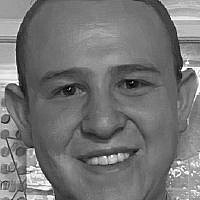 The Blogs
Zechariah Ottenstein
Apply for a Blog
Advertisement
Please note that the posts on The Blogs are contributed by third parties. The opinions, facts and any media content in them are presented solely by the authors, and neither The Times of Israel nor its partners assume any responsibility for them. Please contact us in case of abuse. In case of abuse,
Report this post.

Those of you who follow me on Facebook may know that I recently resigned from my position at one of New York City’s most controversial and high performing chains of charter schools. The fact that there is ample evidence to support the claims of mistreatment and discrimination made by many former teachers, as well as students, is not the reason I resigned. I resigned because I was tokenized for my outward Jewishness at an institution that preaches tolerance and equality. If you have had enough of my sob story, feel free to stop here, for those who want some clarity, allow me to explain…

In all honesty, I was excited to start my work as a history teacher at Success Academy in Bedford-Stuyvesant. History has always been a passion of mine and the reason I chose to study it at the college level, despite the fact that the job prospects were fewer and less lucrative than many of the fields that my peers entered. The prospect of going into one of New York’s worst school districts and attempting to make a positive impact on students who grew up very different from me was something I looked forward to as my start date grew closer. I daydreamt about the discussions I would conduct with my class and when my ego was a bit swollen, I would think about how maybe 30 years from now students of mine who had “made it in the world” would credit “Mr. Ottenstein” with motivating them to succeed in school all those years ago.  My dream was shattered soon after my start at Success Academy when I realized that the tolerance preached by my superiors toward people of different races and sexual orientations, did not apply to me as the one Orthodox Jew in the room. I made no effort to hide this piece of me during the day; after all, it is quite hide to hard such an all-encompassing part of your identity. In my worst nightmares I can dream about an alternative life where I am not an Orthodox Jew, but frankly the thought of it scares me too much.  I could have taken efforts to be less visibly Jewish at work , the tzitzis could have been tucked in, the payos twisted more tightly behind my ear, but in 21st century America this surely wasn’t necessary. I thought a coworker of mine with blue hair and many tattoos looked a bit strange and I was perfectly willing to accept that someone who sported some of the same garb as a Fiddler on the Roof character would appear as strange to her.

Being openly Jewish, let alone openly frum, at my workplace made me a target for tokenization by one of my superiors; one particular experience comes to mind. All of us “teachers to be” were seated in the conference room discussing something relevant to the upcoming school year, I believe it was classroom management, and suddenly a member of the senior staff came behind me and gave me a pat on the back saying “Ottenstein, I think it’s very cool that you work here.” For one, it makes me uncomfortable to be referred to by my last name. If there is one factoid from the Jewish history courses I took in college that I like to throw around, it is that surnames were imposed on Ashkenazi Jews in the 18th century by gentiles. Ottenstein, for all the fun it is to attempt to spell and pronounce, was probably imposed by some German magistrate on my ancestors a few centuries ago.  Naturally, I do not expect all people to be aware of this, but if nothing else has the MeToo movement not taught us that touching co-workers without permission is a bad idea? I happen to have extra, pardon the pun, “skin in the game” in that halakha prohibits touching members of the opposite sex who are not relatives or a spouse under most circumstances, but surely it is common sense not to do this, especially in plain sight of a conference room full of people.

I can forgive the pat on the back, but I cannot forgive being told that it is “cool that I work here.” Is the default assumption that my superior, and perhaps others, make is that practicing Jews have zero desire to contribute to the world at large?  Is the fact that someone from my background sat in a Bed-Stuy classroom every day and not a Wall Street boardroom really all that shocking? I can only speak from my personal experiences, but I can think of numerous shomrei Torah u’mitzvos individuals who work in fields of great humanitarian worth and give tirelessly of themselves to improve the lives of others.  One of the most meaningful intellectual experiences I had as a high-schooler was reading Rabbi Soloveitchik’s essay “Confrontation.” It is oft-quoted how The Rav was opposed to interfaith discussions of theology, but encouraged interreligious cooperation on matters of humanitarian good, education perhaps being one of them. What is often less spoken of, is how many people have taken Rav Soloveitchik’s words to heart and dedicated their lives to tirelessly serving humanity as a whole. No, it is not cool that I initially chose the job placement that I did, I was embarking on G-dly mission to improve the lives of people created b’tzelem elokim.

About the Author
Zechariah (Zachary) Ottenstein is a teacher of middle-school history and English at the Rabbi Jacob Joseph School of Staten Island. A proud alumnus of Yeshivat Eretz Hatzvi and Yeshiva University, Zechariah lives in Brooklyn and enjoys the great the bookshops and bakeries that New York City has to offer.
Related Topics
Related Posts