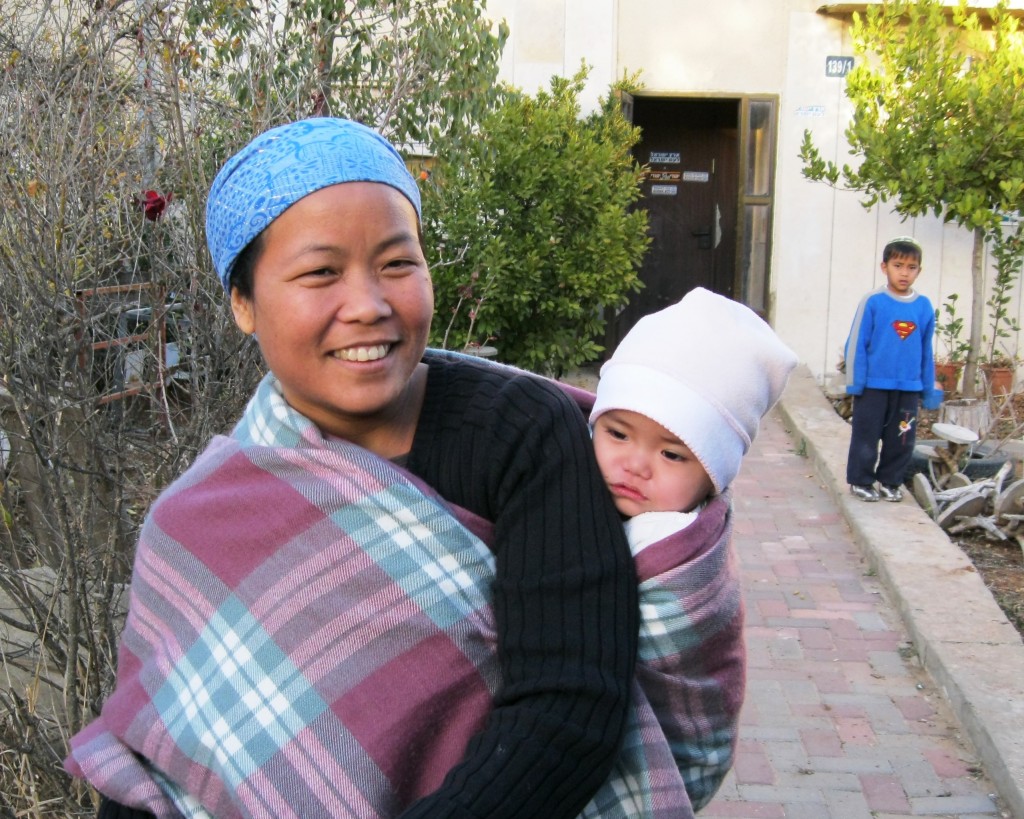 An amazing part of this contemporary miracle is the aliyah of the Bnei Menashe (Children of Manasseh) one of the Ten Lost Tribes of Israel who were sent into exile by the Assyrian Empire more than 27 centuries ago.  They now live in northeastern India, along the border with Burma.  Throughout their sojourn in exile, the Bnei Menashe continued to practice Judaism and continued to nourish the dream of one day returning to the land of their ancestors, the Land of Israel.

In recent years, Shavei Israel has brought some 1,700 Bnei Menashe back home to Zion.  Another 7,200 still remain in India, waiting for the day when they too will be able to return to Israel and the Jewish people.

Below are the Torah Tweets commentaries on the final two Torah portions in the book of Genesis read on Shabbatot (Dec. 19 and 26, 2015).  They describe the visit of my wife Miriam and me with Bnei Menashe in Kiryat Arba as they appear in my book Photograph God: Creating a Spiritual Blog of Your Life.  All the photos for the Torah Tweets commentaries can be accessed at http://bibleblogyourlife.blogspot.com.

GENESIS 11: NO LONGER A LOST TRIBE

The reuniting of Joseph with his brothers after two decades of separation is the most emotionally charged portion of the Bible.

Bnei Menashe [Children of Manasseh] came to mind as we thought about our lives in relation to Joseph’s reuniting with his brothers.

Amazing news: Bnei Menashe, the descendants of Joseph’s son Manasseh, one of the Lost Tribes of Israel, is no longer lost.

They have been found living in northeastern India near the border with Burma.

Today, the children of Manasseh are reuniting with their family in the Land of Israel after a 27 century separation.

Throughout their long exile, they continued to observe the Sabbath, eat kosher food, and celebrate the biblical festivals.

A Google search for “Bnei Menashe” brought us to Shavei Israel, active in making this Zionist miracle come true.

Mel contacted its chairman Michael Freund who put us in contact with Tzvi Khaute who had come on aliyah from India. 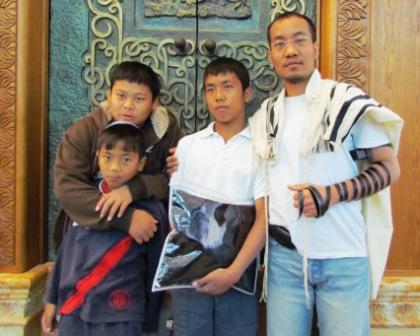 And God said to Jacob [Yaacov], “Return to the land of your fathers and to your native land, and I will be with you.”  (Genesis 31:3)

In the next Torah portion Vayehi, Jacob blesses his grandson Manasseh.

“Israel said to Joseph, ‘I never pilal-ti (thought/hoped/imagined/dreamed) that I would ever see your face again, and God has even let me see your children.’” (Genesis 48:11)

To this day, Jewish fathers bless their children with Jacob’s blessing: “May God make you like Ephraim and Manasseh.” (Genesis: 48:20)

We focus this Vayehi blog post on our awesome reunion with the beautiful children of Bnei Menashe.  See the photos here.

Tzvi Kahuate, Bnei Menashe Coordinator for Shavei Israel, was our guide on our visit to his community in Kiryat Arba.

Shavei Israel reaches out and assists Lost Tribes seeking to return to the Jewish people.

We photographed Tzvi with his daughter in purple (segol) and his wife Nurit with their youngest daughter as their Superman son watched.

Mel explained that the Jewish People are am segulah that can be translated as “purple people.”

We are a People chosen to teach the world that by mixing sky blue with red (adom) of earth (adamah) we bring heaven down to earth.

We photographed Laviyah with her four-day old son and her son Menahem.  Her husband was away serving in the Israel Defense Forces.

We visited Beit Miriam, the Shavei Israel Community Center, where we saw Bnei Menashe children coming for help with their homework.

Others worked with computers and on crafts projects while two girls outside were climbing a tree.

At the entrance to Beit Miriam, the prophetic vision that we were seeing with our own eyes was posted on the wall: