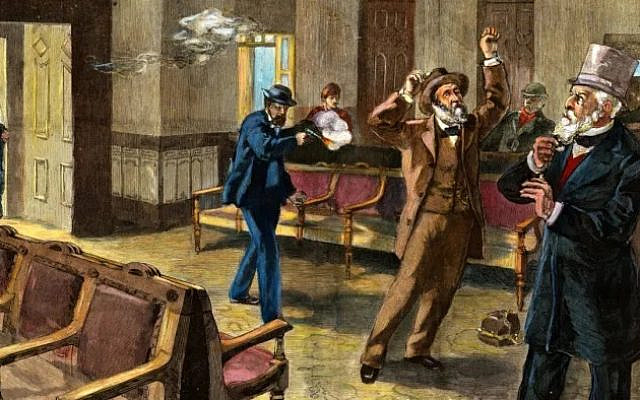 Let me start by wishing President Trump a quick return to health.

But let us not forget that he is one of the least important men in the world. To be clear, I speak of the man himself, not the office. Should anything happen to the man there are detailed protocols, written into the United States’ constitution, for dealing with just about any situation. For every president there is a long line of spare presidents in waiting, just in case.

The old saying, no man is irreplaceable, does not apply to the President of the United States.

From William Henry Harrison, in 1841, to John F. Kennedy in 1963, there have been eight presidents who died while in office. Four deaths were natural and four were assassinations.

At the time, President Harrison was the oldest president to be elected. He went on to make presidential history as the first to die in office, of typhoid or pneumonia, after just 32 days.

The last president, so far, to die in office was John F. Kennedy, shot by Lee Harvey Oswald in Dallas, Texas.

Ironically, each presidential assassination had a positive effect on the development of the US.

James A. Garfield’s death in 1881 changed the system of political patronage. His assassination, by a frustrated man seeking a public office, brought about reform of the civil service system and the awarding of federal jobs based on merit not political patronage.

As a result of William McKinley’s assassination in 1901 the Secret Service was created. Previously a branch of the Treasury Department, charged with investigating counterfeit currency, it became the President’s security detail.

John F. Kennedy’s assassination in 1963 saw the start of the civil rights era. Kennedy proposed civil rights legislation that would make discrimination based on race, religion, sex, or national origin, illegal. Before his death, this controversial legislation was stalled in Congress but his successor, Lyndon B. Johnson, exploited the national outpouring of sympathy to enact the Civil Rights Act and Voting Rights Act which ended racial segregation.

We hope that President Trump will have a chance to leave his mark on the world by his future, positive, actions and not some serendipitous event connected to his untimely death.

The moral of this is quite simple,
Just do the best that you can.
But please always remember
There is no irreplaceable man
(Saxon N. White Kessinger, 1959)