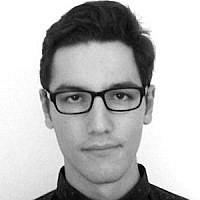 The Blogs
Nissim Lebovits
Apply for a Blog
Please note that the posts on The Blogs are contributed by third parties. The opinions, facts and any media content in them are presented solely by the authors, and neither The Times of Israel nor its partners assume any responsibility for them. Please contact us in case of abuse. In case of abuse,
Report this post.

In the wake of the horrific terror attack in Halamish, Israel is once again searching for a way to prevent what has become an all-too-common occurrence: the deliberate targeting of non-combatant civilians by terrorists who seek Israel’s capitulation. The routine targeting of non-combatant civilians is unacceptable and intolerable. It is the duty and obligation of governments and political leaders to take steps to ensure that such attacks end. But the punishments Israel has already imposed for terrorists and those who aid them have proven unsuccessful, leaving Israel desperate for a solution. Now, some Israelis are advocating for a return to a penalty used only twice in Israeli history: execution. Such a move is nothing short of perilous. Far from being effective, the death penalty will discourage no one. It will, however, create more martyrs for the Palestinian cause. Worse, it will devastate Israel’s international standing. This cannot be allowed to happen.

Just before he brutally slaughtered Yosef, Chaya, and Elad Saloman, the Halamish terrorist Omar al-Abed calmly purified himself with water and recited verses from the Qur’an. These were his eager preparations for what he realistically believed was his imminent death. Al-Abed’s actions were neither youthful recklessness nor grim stoicism, but the product of an Islamist culture which inculcates its members against a fear of death.

In Islamist society, death is something to be impatiently awaited. It is a blessing for the true believer, a passing to a better life. This is particularly true for those killed in battle on behalf of Islam. According to Islamic theology, these martyrs are sent to the highest level of Paradise, where all manner of glory and reward awaits them.

Fearless and zealous fervor in the face of death has been the key strength of Islamic warriors since the days of Muhammad’s first conquests. An unwavering conviction that death is not something to fear allowed for the overwhelming tenacity of the armies of the caliphates. It is that same conviction which now allow the members of violent jihadist groups like al-Qaeda, the Islamic State, Hezbollah, and Hamas to wage a visceral, terrifying, primeval kind of warfare, arguably the most effective terrorism in the history of the world. Death is a friend to Islamist practitioners of violence.

Whether it comes from a soldier’s gun in the narrow alleys of the Old City or from a sterile syringe while strapped to the executioner’s table, death for the Islamist terrorist is martyrdom, the highest honor, an express ticket to paradise. Far from being a deterrent, the possibility of death is encouragement, an incentive to wage violent jihad. Because of this, reimposing the death penalty will not and cannot succeed in discouraging future terrorists. What it will do, though, is weaken Israel’s standing on the international stage.

Israel’s position on capital punishment has been almost unwaveringly consistent. The Jewish state has executed only two people in its history, one of whom, Meir Tobianski, was shot for treason during the War of Independence, and the other of whom was the infamous Nazi officer Adolf Eichmann. Since Eichmann’s execution in 1962, Israel has effectively discontinued the use of capital punishment, commuting or overturning every death sentence handed down in the last fifty-five years. This puts the state at the forefront of an increasingly potent international movement against the death penalty.

Since the end of the Second World War, the West has shifted consistently away from the death penalty. The EU now requires that its members abandon the practice, while in the US, public support for execution has been on the decline for since the 1990s, and thirty of the fifty states have not had an execution in ten years. Worldwide, only fifty-six countries, roughly a quarter, actively use the death penalty, and most of those countries are Islamist and/or totalitarian. All of this signals a gradual but distinct and intentional abandonment of the practice by the Western world.

With the West moving so deliberately away from capital punishment, Israel’s reviving the death penalty after more than fifty years of abstention from it would prove politically disastrous. A move so obviously against the grain of contemporary Western society would be evidence for claims of Israel’s barbarism, its backward and extremist fundamentalism.

In addition to flying in the face of Western conceptions of ethics, implementing the death penalty would provide ample fodder for those who accuse Israel of being fundamentally racist and unjust. The implementation of any law targeting terrorists will necessarily affect almost exclusively young, brown-skinned Palestinian men. To a Western world currently roiling with debate over systemic racism in its criminal justice systems, this imbalance would lend credence to accusations that Israel’s law systemically oppresses the Palestinians.

The fallout from these accusations of racism would be felt especially in the United States, where the execution of Palestinian terrorists would appear analogous to American treatment of young Black men in the United States, who contend that they face unwarranted violence from the police, bolstered by governmental indifference. Israel’s reimplementing capital punishment would confirm for many the narrative of those who see the Israel-Palestine conflict as a question of Western imperialism over the native population. In this narrative, al-Abed and others like him would become symbols of Israeli racial injustice, perverse martyrs for a Western cause.

Reviving the death penalty as a punishment for captured terrorists will prove politically catastrophic for Israel. Martyrdom is too integral a part of Islamic culture for the prospect of death to deter those who wage violent jihad. Rather than make Israel safer, imposing the death penalty on captured terrorists will only diminish Israel’s standing in the world. Knowing this, agonizing as the continued attacks may be, capital punishment must not be our answer.

About the Author
Nissim Lebovits is a Middle Eastern History major at Vanderbilt University, where he also works as the lead intern for the David Project.
Related Topics
Related Posts
Comments