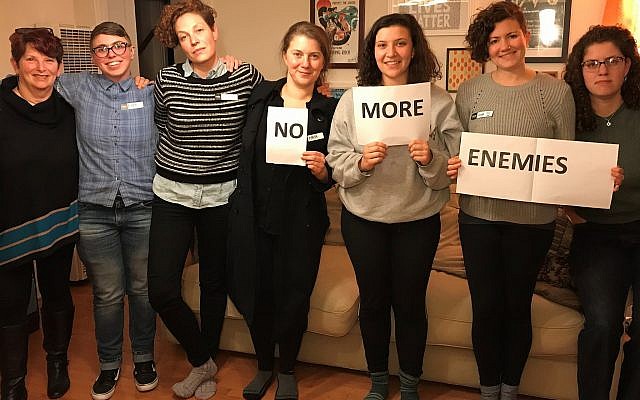 A brilliant organizational consultant I knew in my youth, the late Raymond Blank of Baltimore, Maryland, liked to emphasize that the most important thing in a planning or decision-making process is to make sure at the outset that you are asking the right question.

In a new article in The New Yorker (Feb. 19,  2019) entitled “A Different Kind of Theory of Everything,” science writer Natalie Wolchover muses on a peculiar fact of modern physics: that the nature of the physical universe can be expressed very differently, depending which theory you choose to use in describing it. She quotes the late Richard Feynman, speaking at Cornell in 1954, terming this issue “mysterious” and adding: “I do not know the reason why it is that the correct laws of physics are expressible in such a tremendous variety of ways. They seem to be able to get through several wickets at the same time.” Fast forward 65 years and the mystery still fascinates: Wolchover recently interviewed theoretical physicist Nima Arkani-Hamed of the Institute for Advanced Study, who said: “The miraculous shape-shifting property of the laws [of physics] is the single most amazing thing I know about them… [and] must be a huge clue to the nature of the ultimate truth.”

Indeed, Arkani-Hamed yearns to “find the question to which the universe is the answer,” leading Wolchover to conclude: “It’s as though physics has been turned inside out. It now appears that the answers already surround us. It’s the question we don’t know.”

If we consider the sum total of human endeavor in the realm of conflict transformation and peacemaking, from ancient to modern times, we find a great many formulas for remediation – from the writings of the sages of the old religions to today’s training in non-violent communication, facilitating encounters between groups in conflict, and novel designs for win-win strategies for ending intractable national and ethnic conflicts. And yet – on every side, old conflicts persist and new ones crop up with discouraging frequency.

Possibly the origin of the problem is that we have not yet found, or understood, or properly interpreted, what the question is. The mystery endures.

Meanwhile, the late Ursula K. Le Guin confided (I think I read it in a blog post, maybe) that she liked to begin shaping a new story or book with the question, “What if..?” Her thoughtful what-ifs, keen scientific mind and consummate gift for story-telling generated a fascinating stream of award-winning prose that explored a vast range of speculative ideas: from the nature of a functioning anarchist society, to how a humanoid society might develop if there were no gender at all, to what social relations might be like if people were wired for sex only seasonally (coming into heat) rather than all the time. And lots more.

When you marry all of that together, you get my interest in the notion of No More Enemies. We may not know the one most pertinent question to which the current state of our world is the answer… but in the meantime, we could try Le Guin’s method:

What if we just agree to molt the idea of enemies? What might happen if, all over our planet, people were to decide this year that it’s unnecessary and indeed counterproductive and all too often lethal to conceptualize as “enemies” those groups whose interests or priorities evidently diverge from our own? What if, instead, people were to commit to understanding adversaries (“others”) as potential partners in resolving such disparities via amicable shared resolutions, evolving new alignments of our ostensibly unshakeable interests and immovable priorities, all now proving more yielding than we had thought? What might happen then? What might we all be capable of achieving together, once we took the energy we now use to do battle with one another and aimed it at the important work that needs doing on this earth right now?

Some say what we need is better guns, more bombs, bigger jets, smarter drones, and higher walls. I think not. I’d go with Arlo Guthrie, who once upon a time in the ’60s used to remind his audiences, in a casual aside toward the end of “Alice’s Restaurant”: If you wanna end the war and stuff, you gotta sing louder… in harmony.