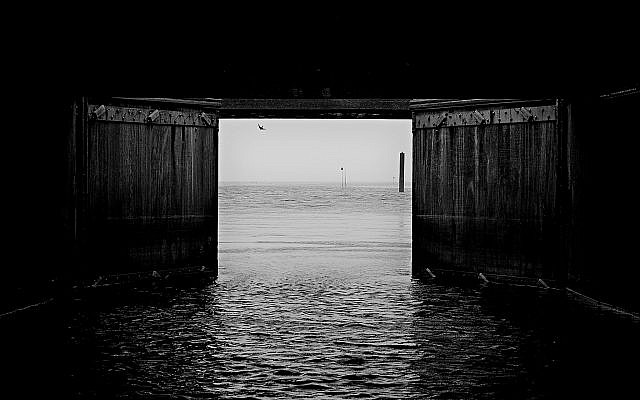 Photographer Henrik Saxgren is generously offering the illustration for this blog, see more of his works at www.henriksaxgren.com

When editing radio or podcasts, the most crucial detail is the transitions. If one does not carefully care for the transition between two different sound images, the dissonance creates a shock effect, and the brain shuts down. The listener lets go and immediately stops listening. Every radio journalist knows that that is the moment, she has lost her listeners’ attention. No one is listening to the story she wanted to tell.

In life, no one cares for the transitions. No one prepares us for the moments when contrasts crash relentlessly. Coherence is not being provided. We do not get explanations, and we are left to gather the scattered pieces all by ourselves.

I am in the inexplicable space between the most unimaginable fatigue during the week following the chemical treatment and the surprising restoration of the body’s energy. Without warning signs, this raises the strange question: What do I actually do with all the energy? What does life really want from me?

I think of my mother-in-law, Bella, who was born in Poland in 1920. Her generation was affected by everything that happened in Europe in the 20th century.

As a teenager, she was skinny and athletic. She used to be the flag carrier for the Jewish sports club, Hakoah, at the competitions in her hometown of Lodz.

Then in the late afternoon hours, she used her athletic talents to jump onto the roof of the family bakery to enter through the window on the first floor. To visit her teenage sweetheart, Menasche. He was the third child in a flock of seven. So was she.

Her physical and mental stamina gave her the strength to endure the loss of both parents and four younger siblings. In the mistaken belief that it could save their lives, they had fled eastward when the ghetto was enclosed around the Jews of Lodz. They were caught and send straight to extermination.

My mother-in-law, Bella, saved her strength to keep working in the bakery, which eventually baked bread mainly for the Nazi executioners, until she, inevitably, was deported to Auschwitz.

Head shaved, deprived of all dignity and protected against the Polish winter cold only by the legendary gray-striped concentration camp robe, she managed to smuggle herself into a column of 500 Polish women, who were marched out of the court of death to forced labor at a Nazi munitions’ factory.

Here, despite the risk of capital punishment, the young women did everything in their power to sabotage whatever they were forced to do. Life had no value since death was constantly lurking just around the corner.

And yet life clung to her and she to it, until British soldiers liberated her from Bergen- Belsen concentration camp in April 1945.

She went back to Lodz, hoping to find someone from her family. But no one returned.

Despite these difficult circumstances, a miracle occurred. Just as she was the only one in her family to survive, so was Menasche, the sweetheart of her youth. He had survived the hunger, the sickness and the exhausting forced labor at Hitler’s notorious underground rocket factory Dora.

Together they started life all over again. They soon had to flee Lodz. Life became unbearable when Polish anti-Semites slipped small papernotes under their door saying: too bad Hitler didn’t finish the job killing all the Jews, we will.

They were married and settled in the then independent Saarland. They had a son and started making money. He as a Loden-coat manufacturer. She opened a shop selling French haute couture.

Then one day without notice, the circumstances of their life changed again. At 37, my father-in-law died. He left behind a fatherless 12-year-old boy and a widow in a stage of shock.

“It was cancer. For months, we traveled from professor to professor. Nobody could do anything. After all we had been through; I did not understand how such a strong man could die.” My mother-in-law voiced her pain often, until she died at 85, full of life and suffering.

I reflect on the word circumstances.

Amid diagnosis and fatigue, in the difficult, inexplicable, harsh, and shocking circumstances of my disease, another circumstance is coming out of hiding:

My son and his beautiful wife are happily expecting.

New life is on its way.

This is my eighth blog and due to Yom Hashoa the twelfth chapter of my book The Lights Within, read more about the book and buy it at http://www.hannefoighel.com