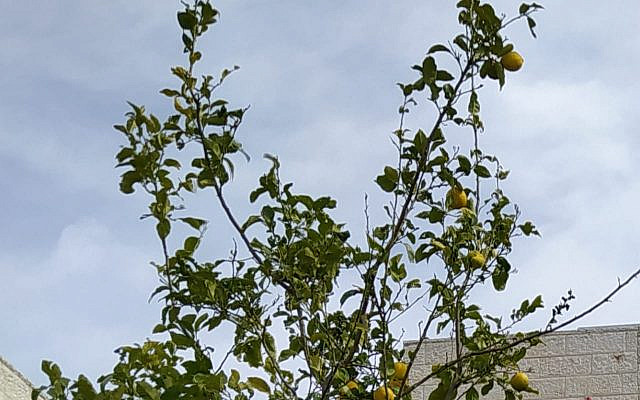 Today is Rosh Chodesh Nisan, the first day of the month in which the Jewish people became a nation. Celebrating Rosh Chodesh was the first mitzvah we got as a nation, after we were redeemed from Mitzrayim (Egypt).

A new month starts when we can see a new moon- even the smallest sliver, the tiniest part of it being seen in the sky means that the new month has begun. This mitzvah differs from most in that it requires observation by a person, and confirmation, in order for it to be declared a new month. That is, if a moon shines in the sky but there is no one there to see it, the change to the new month has not happened yet.

Rosh Chodesh Nisan is also special because it’s not only the start of a new month, but also the beginning of the new year. The Jewish calendar counts years from Rosh Hashannah, which comes out in the fall, but that holiday is considered to be occurring in the 7th month, the new year actually starting from Nisan-

The reason Nisan is the start of the year is that this time was the start of the Jewish nation. It is a special month because of all the miracles God did for us in order to take us out of Mitzrayim and bring us together as a nation. God took us from slavery to freedom, from solitary imprisonment to becoming part of a nation. At this time, this year, I think these words speak to all of us.

Nisan is also the start of a new season, the beginning of spring. We come out of the cold and dark of winter to the warmth and blossoming of spring. During the first two weeks of Nisan we have another special mitzvah. This is the only time of year that we can make a blessing on a fruit tree that has blossomed, if we see that it has begun to grow fruit. I don’t always remember to do it, but this year I was thinking about it and was able to say this special blessing today on the tree pictured above. From Chabad.org: When one sees blossoming fruit trees for the first time during the month of Nissan, one should say this blessing:

This means: Blessed are You, L‑rd our G‑d, King of the universe, Who has made nothing lacking in His world, and created in it goodly creatures and goodly trees to give mankind pleasure.

The fact that we can only say it for a short period of time reminds me that when we have an opportunity we need to take it, because we may not get the chance again.

In general, Rosh Chodesh is a time when many Jews have a bit of a festive meal, spending time with their families. Some have the custom to take a step back from work, and instead take the time to reflect on their lives and the torah. This year, we are already with our families, and our work and our lives are certainly not proceeding as normal.

The nights leading up to Rosh Chodesh are the darkest nights of the month; there is no moon, nothing to light our way. We are in a time of darkness and difficulty, confusion and uncertainty. I know we will not all come through this period unscathed, but dwelling in the dark does not help. I love that we are all doing what we can to alleviate the fears and pain for each other, to lift each other’s spirits, and that itself brings warmth and light to the world.

May this Rosh Chodesh see the blossoming of our time of redemption, and bring health and healing to our nation and to the whole world.

[This dvar torah was written for the yahrzeit of my niece, Rosh Chodesh Nisan. Her light is still missed. L’iluy nishmat Chava Yehudit bat Baruch Efraim and Elisheva]

About the Author
Mori Sokal is a FIFTEEN year veteran of Aliyah, mother of three wonderful children (with her wonderful husband) and is an English teacher in both elementary and high school in the Gush Etzion-Jerusalem area. She has a Masters’ degree in teaching, is a copy editor, and has published articles in Building Blocks, the Jewish Press magazine.
Related Topics
Related Posts
Mori Sokal
Comments