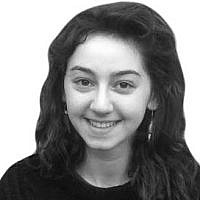 The Blogs
Noa Lessof Gendler
Apply for a Blog
Please note that the posts on The Blogs are contributed by third parties. The opinions, facts and any media content in them are presented solely by the authors, and neither The Times of Israel nor its partners assume any responsibility for them. Please contact us in case of abuse. In case of abuse,
Report this post.
It’s not news that social media is a breeding ground for bullying. Every year we hear statistics about teenagers committing suicide because of online abuse; we warn children and each other about internet unpleasantness; even the American president himself partakes. But, at least in my mind, online bullying has been something that other people do. Not me, of my friends, or my community.
Except last week it was. In a Facebook group, intended for Jewish in-jokes and light-hearted banter, some bigotry reared its ugly head and belittled the voices of women, liberal Jews, and anyone who stood up against those who are underrepresented in the community. There were even vile comments about non-Jews altogether. It was personal, targeted and virulent. It wasn’t banter. It wasn’t funny.
It was a cruel reminder that the Jewish community contains its racists, misogynists, predators and trolls. We are not immune to the spread of hate which is so easily exacerbated online. We are liable to turn upon each other when it is easy – when our faces are hidden behind computer screens and we can disguise it as a joke. Just because we’re Jewish, and we talk about tikkun olam and tzedakah, doesn’t mean that when push comes to shove we act on these values.
Perhaps this is a moment for communal self-reflection. Let’s take a break from self-righteousness and fingerwagging. Let’s stop talking about what we need to work on in the world and focus on what we need to work on amongst ourselves. If online abuse is an accepted part of our communal life, how on earth can we criticise Trump, neo-Nazi movements or even playground bullies?
We also seriously need to think about the presence of anti-liberal and anti-women attitudes within our walls. How can it be, that in 2017, we still come across individuals who think it’s okay to joke about women needing to be quiet, and Reform Jews being second class? How can it be that there are rabbis silent on these issues?
We have no right to call ourselves a light unto the nations whilst we ignore these basic moral misjudgments. If we call upon the world to be respectful to minorities, including ourselves, then first we must adjust our behaviour to those that we marginalise and silence. I’m not just speaking of those we bullied on Facebook last week – I’m talking about people of colour, LGBT+ but particularly trans people, and those from smaller Jewish denominations who are too frequently sneered at and mocked by those who occupy the mainstream.
Some of us have become a little too comfortable in this cosy little bubble. Some have forgotten that once we were the underdog, and that the abuse began with casual banter, with jokes at someone else’s expense, and the undermining of someone’s humanity. When slimy, prejudiced underbellies are exposed, let’s take the opportunity to rethink and rally. Let’s talk more about cross-denominational relations. Let’s work on including those whom our white, middle class society automatically rejects. Having a community as strong and as resilient as ours is a great privilege, but, as someone famous once probably said, with privilege comes responsibility. And it’s our responsibility to make the community good and welcoming for everyone.
About the Author
Noa Gendler is a graduate of English Literature and will be beginning a masters in Broadcast Journalism in September. She is currently galavanting in India but is still obsessively following community news through Twitter.
Related Topics
Related Posts
Comments