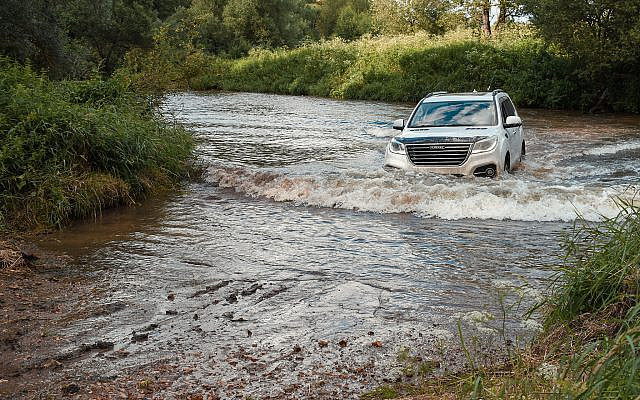 A Road or a River? (Free to Use Photo by Alexandra Bakhareva from Pexels)

‘It was insane’: Germany faced with biblical flooding scenes and more than 150 dead
(The Telegraph 17 July 2021)

My first encounter with “Climate Change” was memorable. Travelling by train from London to Alassio, in Mediterranean Italy not far from the border with France, I waited to see blue skies and feel the warmth of the sun, both sorely lacking back in London. When do we see the sunshine, I asked for the umpteenth time, all I could see through the carriage window were grey skies and heavy rain. My impatience was understandable, I was just 14 years old, and this was my first trip outside of England.

This was more than sixty years ago, and the Climate Change hoax had not yet started. My visit to Alassio was not a great success, it rained more often than not and there was not a lot to hold a teenager’s attention. We had planned a day trip to nearby Menton, advertised as having a sub-tropical microclimate, but the roads were flooded.

A couple of years later, as a Boy Scout, I went on a camping trip to Germany. We were hit by heavy storms and, with our tents blown down and surrounded by flood water, we had to be evacuated.

But, despite today’s screaming headlines, flooding is not a new phenomenon.
In London, back in 1928, floodwaters poured over the top of the Thames Embankment. A part of the Chelsea Embankment collapsed and people along much of the riverside were affected. Fourteen people died and thousands were left homeless.

Britain suffered major flooding in 1947 after record snowfalls and heavy rain. More than 100,000 homes were affected and over 7,500,000 dunams of farmland submerged. The damage was so bad that Canada sent food parcels.

More recently, in 1966, the River Arno in Florence overflowed its banks. As a result, more than 100 people died and much of the city’s cultural heritage destroyed. Millions of art masterpieces and rare books were lost forever.

There is a common thread to these stories. Most flooding occurs along the banks of a river, perhaps not the best place to build your house.

President Harry S. Truman is reputed to have said, If you don’t like the heat, get out of the kitchen.
Perhaps we should now say If you don’t want to drown, stay away from the river.

I expect that this blog will receive a flood of comments. I have my umbrella ready.