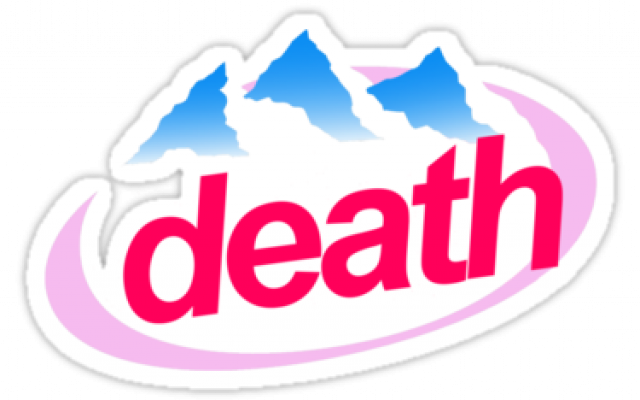 Today, when we are looking at the devastating effects of the current plague, the coronavirus pandemic, we take a step back and look at some of the stranger ways people have left this world.

Death by toothpaste. Children who swallow too much fluoride toothpaste can suffer acute poisoning, even death. A single tube of innocent-looking Colgate-for-Kids toothpaste contains enough fluoride to kill a child weighing less than 30 kg.

Death by parachute. The United States Parachuting Association estimates that there are some 3 million jumps every year. Only around 21 result in death. That’s just a 0.0007% chance of dying from a parachute jump.

Death by sex. The French have a word for it; “la mort d’amour”. Death during consensual sex can be due to a number of reasons, usually because of the physical strain of the activity, or because of “unusual extenuating circumstances”, presumably that means the unexpected appearance of an aggrieved wife/husband.

Death by sneezing. While there are no reports of anyone dying directly from a sneeze, there are sneeze related deaths. Those who sneeze while driving at 60 mph can travel up to 50 feet with their eyes closed ……..

Death by banana. A Tennessee death certificate from 1927 gives, as cause of death for a 74-year-old man, slipping on a banana peel.

Death by bed. In Benidorm, Spain, two elderly sisters died after being trapped for four days when their fold-up bed collapsed.

Death by elevator. Carlos Alhinho, a 59-year-old professional footballer died when he stepped into an elevator on the fifth floor only to find that the carriage was on the ground floor.

Death by chair. In Shandong, China, a 14-year-old boy from died when the air-filled cylinder in his office chair exploded.

Death by cow. 45-year-old João Maria de Souza was flattened in his bed by a cow that fell through the roof of his house in Brazil. The cow, that had reached the roof from the steep hillside behind the house, was not hurt.

Death by umbrella. 55-year-old Lottie Michelle Belk died after a beach umbrella stabbed her in the chest. The umbrella was blown by a strong wind.

Death by whipped cream. 33-year-old Rebecca Burger, a fitness blogger and model, died from cardiac arrest after being struck in the chest by a pressurized canister of whipped cream, which exploded.

Of course, most readers will be more familiar with the dreaded Windows’ Blue Screen of Death. Let’s hope that it doesn’t appear while you are reading this blog.