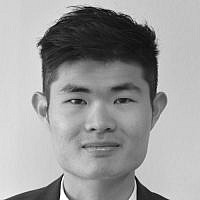 The Blogs
Gunyeop Lee
Apply for a Blog
Please note that the posts on The Blogs are contributed by third parties. The opinions, facts and any media content in them are presented solely by the authors, and neither The Times of Israel nor its partners assume any responsibility for them. Please contact us in case of abuse. In case of abuse,
Report this post.

It is only matter of a time until the winner of the 2020 U.S. Presidential Election is announced, which will be Joe Biden. That should be a relief to everyone who thought that his behavior and character is unbecoming of the president. However, this is not a cause for celebration for the Democrats.

First, this was a much closer election than it should have been. Millions of jobs are lost, businesses are shut down, millions of people are sick, and hundreds of thousands of people died because of Covid-19. The economy is suffering, the country is torn apart over the issue of race, and the incumbent has a personality that is irredeemably unlikeable for the majority of Americans. Yet, the results are so close that we do not know the outcome three days after the election night. Despite the accusation of racism and white supremacy over the last four years, Trump increased his support among minorities during his incumbency, according to the exit polls. Apparently, replacing sound policy with epithets (you’re racist!) has failed to convince many non-whites to vote for the Democrats. Ironically, white men were the only group who were less likely to vote for Trump than four years ago. Trump won in Florida with the help of the Latino community, to the angst of many progressives. Some commentators, like Nikole Hannah-Jones of the NY Times, dismissed Cubans as “white,” which is a term increasingly being used as a pejorative. Needless to say, calling Latinos “white” for different political views will not change their minds.

The situation is even more dire when you look at the Senate race. High unemployment rate and the health crisis are bad news for the Republican senators running for reelection as well. Nevertheless, it seems that the Republicans will keep the Senate. Lindsay Graham and Susan Collins, both of whom were projected to have a difficult contest, won by a comfortable margin. As a result, the Biden administration will have a difficult time delivering its campaign promises. Constituents are unlikely to reelect an incumbent when they are so unhappy with the status quo. Yet, they did. The Democrats should ask themselves why voters find it so unconscionable to vote for them. Why did so many people reject the brand of Donald Trump, but still did not accept the Democratic brand? Finding comfort in the convenient answer of “they’re just white supremacist” is not only intellectually lazy, but also likely to harm their future chance of winning.

Perhaps one of the most surprising result of this election is that of California propositions. Californians, who overwhelmingly voted for Biden, rejected almost every progressive proposal. They said no to higher commercial property tax, no to allowing 17-year-olds to vote, no to rent control, no to regulating Uber and Lyft, and no to reviving discrimination laws so that you can discriminate in favor of women and minority groups. If these are not popular in California, it will be dead-on-arrival in national politics. If Biden administration fails to keep Democratic Party’s progressive wing in check, and if Republicans put forward candidates better than Trump, Democrats can easily lose the House in 2022 and the Presidency in 2024. All of this suggests to me that this election was not a success overall for the Democrats. They should be soul-searching right now, not celebrate or double down on left wing politics that are deeply unpopular to many Americans.

About the Author
Gunyeop has earned B.A in Political Science from Kalamazoo College and MSc in Security Studies from UCL.
Related Topics
Related Posts
Comments