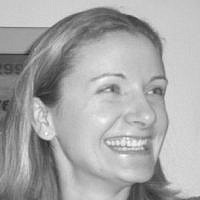 At the beginning of 2008, President George W. Bush made a historic visit to Jerusalem. Accompanying him was his “Advisor for Jewish Affairs,” a young Jewish guy whom I had been in contact with in my position as the Prime Minister’s Advisor for Diaspora Affairs. We arranged to catch up and do something together during the visit. I asked him where he had been and what he had done during his stay here in order to plan something interesting for him to see. It turned out that he has been everywhere already, City of David, the Kotel Tunnels, Yad Vashem. He had been wined and dined by the most important of all the Jewish leaders and organizations. He called me when he had a free afternoon and knowing he was a newlywed, I asked him, “Have you had time to buy something for your wife?” “Oy, no!!” he replied and I told him that that would be our first priority and we would go and have lunch at Mamilla and do some shopping there.

I picked him up at his hotel but before we drove to Mamilla, I had an idea. “Let’s do a little tour of Jerusalem,” I said. “I want to show you some things so you will understand a little more about my city.”

I drove him to my home in Pisgat Ze’ev. It is a quick drive in the middle of the day, a few minutes down Road Number One. As we drove through the French Hill junction, I showed him the plaques on the wall with the names of the victims killed in terrorist attacks there and shared with him what it was like having to drive through this junction every morning, never knowing if you were going to get through in one piece or not. I shared the story of the border policeman who had been killed protecting the hitchhiking point – stopping the suicide bomber with his body, saving the lives of many.

We drove on in silence for a few minutes until we crossed over the bridge and arrived in Pisgat Ze’ev. I pointed out the archaeological site from the Second Temple period at one end of my road and at the other end; I stopped the car and we got out and looked at the enormous concrete barrier on the other side of the wadi that separates my suburb from the village of Shuafat. I told him how the rates of car theft had gone down nearly 80 percent since it had been built and the feeling of security it gave us. I also explained that the barrier was not yet complete, as there was an appeal against it in Israel’s courts. I showed him the schools and shops and told him about the thriving, mixed community that calls this place its home: ultra-orthodox Jews, new immigrants, national religious Jews, Arabs, people like me…, we have everything here.

We returned to the car and I told him to look at the clock and remember the exact time. I stepped on the gas and headed south. Two minutes later, we passed the Zeitim junction, “We just left Jerusalem,” I informed him, “watch the clock.” Two more minutes passed; we admired the desert landscape; saw a shepherd with his herd of bedraggled goats. I stepped on the gas a little. “And now, we are in Ma’ale Adumim,” I announced as we drove up the hill to the checkpoint and the entrance to the city with its beautiful flower beds and tall palm trees swaying in the cool winter breeze. “We just passed through E1.” I said, somewhat triumphantly. “That’s it!”

He looked frankly shocked. “But we just left Jerusalem a few minutes ago,” he uttered. “Four minutes exactly,” I replied. “And I didn’t even go over the speed limit!” “And that was E1?” he asked incredulously. “Yes,” I answered. “That is E1 and now you are in the biggest ‘settlement’ in the West Bank. Now you know what all the fuss is about and next time they talk about E1 you can say that you have been there and that you saw the goats.”

“But it is so close, and this looks just like a normal town,” he continued, “No one ever showed me this before.” “I know,” I replied. “Now let’s go to Mamilla and get a present for your wife, it’s only about 10 minutes away.” And off we went to the other world of luxury shops and good restaurants with the best view of the ancient walls of my beloved city, just a short drive away.

About the Author
Rachael Risby-Raz is the International Relations Manager of the Tisch Family Biblical Zoo in Jerusalem and a former Diaspora Affairs Advisor to the Prime Minister of Israel.
Comments