The Blogs
Karl Grossman
Apply for a Blog
Please note that the posts on The Blogs are contributed by third parties. The opinions, facts and any media content in them are presented solely by the authors, and neither The Times of Israel nor its partners assume any responsibility for them. Please contact us in case of abuse. In case of abuse,
Report this post.

New York State’s top fiscal officer, Comptroller Thomas DiNapoli—sole trustee of the state’s $173.5 billion pension fund and financial overseer of the state and local governments—returned from a trip to Israel last week convinced that the Israel is “most worthy of continued investment” by New York State.

“My motivation was frankly in response to the BDS movement,” DiNapoli told me, referring to the Boycott, Divestment and Sanctions drive.

“We wanted to demonstrate our continued confidence,” said DiNapoli.

“One thing is to condemn the BDS movement. We wanted to demonstrate through our actions that we are still an investor in Israel meeting on the ground with our investment partners, receiving updates on how our investments are doing and learning about future opportunities,” he said.

DiNapoli and his staffers met with, among others, Prime Minister Benjamin Netanyahu, the mayors of both Jerusalem and Haifa, the president of Technion-Israel Institute of Technology, the head of the Central Bank and officials of Israel Bonds.

Of the BDS movement, DiNapoli comments that “it doesn’t make sense from a moral perspective. It ignores the history and importance of the Jewish state.” And, “it doesn’t make sense from an investor perspective.” There are “not many countries” that are excellent candidates for investment around the world. But Israel “is a stable society, a nation of laws. It doesn’t suffer from the slowdown we’ve seen in Europe and in China. Israel has a very strong growth mode. Israel is a very fertile land in terms of greater investment.”

DiNapoli is an extraordinary governmental figure in New York State.

At just 18 years old, DiNapoli, a lifelong Long Islander, was elected a trustee of the Board of Education in Mineola—becoming the youngest person in New York State history elected to public office. He held the position for 10 years and, in 1987 was elected as a Democrat to the New York State Assembly.

In his 20 years in the Assembly, he chaired panels including its Consumer Affairs Committee, Ethics Committee, Governmental Operations Committee and Environmental Conservation Committee. He has been considered among the leading voices on the environment in the state.

In 2007 he became state comptroller. In that position, he has been a reformer of New York State fiscal policies, a firm financial monitor. Soon after taking office, he took on then Governor Eliot Spitzer, a fellow Democrat, for spending at an “unsustainable rate.”

He is known for his good-natured disposition.

DiNapoli, whose all four grandparents came to the United States from Italy, has long been close to the Jewish community. “Tom has been close with Jews from his youth,” says Jerry Lippman, editor-in-chief and publisher of Long Island Jewish World, Manhattan Jewish Sentinel and Jewish Tribune. Lippman, who has known DiNapoli throughout his career in government, notes that “he grew up in a multi-ethnic community with a large Jewish population. He has regularly been a guest speaker at synagogues. Each year he attends both Passover seders. He has always been supportive, a very good friend, of the Jewish people.”

This was DiNapoli’s fifth trip to Israel.

“I was blown away,” he told me, of Israel now and when he made his last visit in 2006. “When you consider the context of what is swirling around Israel in that region of the world, it is just amazing to see the resilience of the people, the institutions and businesses. It is truly a ‘start-up nation’ and it is something to see that on the ground. So much entrepreneurship!” Among other things, he was impressed with the “modernization of facilities and the enhanced transportation opportunities” since his last visit. Israel’s pioneering work in cybersecurity and advances in medicine and medical technology awed him, too.

He returned from Israel on November 19 after spending nearly a week there.

There were “inspiring things we saw” in Israel, said DiNapoli, but during the period he was in Israel there were, tragically, the “random acts of violence” against Israelis—“deplorable activities.”

At his meeting with Professor Peretz Lavie, president of Technion, a focus was on the new partnership between Technion and New York’s Cornell University that will involve a 12-acre campus built on Roosevelt Island off Manhattan. Cornell Tech will be the academic home to more than 2,000 graduate students and some 280 faculty and staff.

Israel continues to have an economy based on innovation with a world-wide perspective,” said DiNapoli.

The visit to Israel left him with “confidence with the investments we have in Israel,” and it provided an opportunity to “look for new opportunities for our investment dollars benefiting from the entrepreneurship and intellectual strength of Israel.” Added DiNapoli, “there is a double bottom-line.” Support for Israel also “strengthens an important ally in that part of the world which is in great turmoil.” 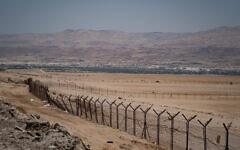