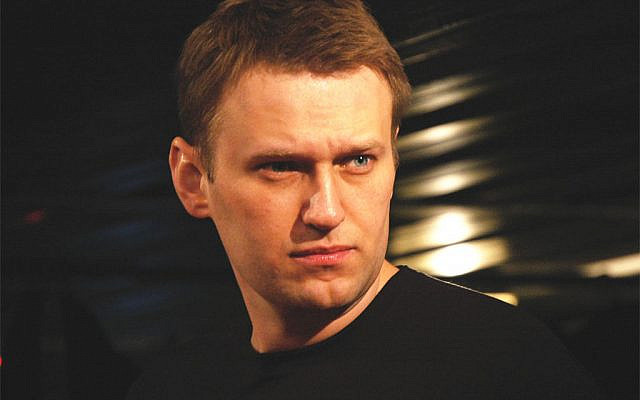 It’s pretty easy to criticise the shortcomings of Putin’s Russia!

Not to mention the high abortion rates, with any vigorous legal reform of abortion laws being constantly kicked into the long, lingering grassy knolls and knottiness of the Siberian steppes…

And yet despite the above, it seems that disagreeing with some of Putin’s ideas or policies, or even questioning the very legitimacy of his rather idiosyncratic mode of governance, is a little too easy for some highminded idealists out there!

Because it does appear they’ve fallen for the trap of ‘Dissident Romance’ laid for them by a certain poorly-tricked-up deep cover fascist of an ‘anti-Putin,’ who is widely mooted as presenting a serious alternative to the current troubled status quo in Russia.

Well, they aren’t wrong about that one!

Alexei Navaly, or as some of us might like to call him, Angry Alex, certainly isn’t Putin 2.0.

Well, it’s hard to say Navalny’s body count compares with that of a Lenin, a Stalin or a Brezhnev.

After all, he’s never been in power to begin with!

Still, there’s absolutely no doubt that the politically correct hype over Angry Alex is a classic example of naively idealistic intellectuals seeing what they want to see.

It’s not the first time in history, after all; and it certainly isn’t the last!

That’s because from Wanderlust-addled Western visitors raving over Potemkin villages in the Cold War, to the well-heeled Bloomsbury set raving over the aesthetically stirring uniforms and flamboyant anthems of continental fascism, the green shoots of rebellion truly are more exhilaratingly romanticising on the other side…

And why wouldn’t they?!

After all, it’s a lot easier to bestow some lavishly handsome reward of unearned praise upon a fascist or Marxist ideologue when their policies and behaviours only remotely and indirectly affect you.

But it’s a very different matter when the dreams you are in love with as dreams alone, but never wish to become a reality for you personally…

Finally to emerge from the nightmarish streams of Lethe, to trouble the waking minds and bodies of those who dared to dream purely on condition of keeping their dreams at a safer distance than any God of all conceivable Providence could ever guarantee them they should stay!

So it is deeply unfortunate, in this regard, to see many articles that, for example, allude to Navalny as ‘one of President Vladimir Putin’s fiercest critics,’ or some other euphemistic comment.

For while undoubtedly true, this does appear to be missing a little further context.

Let’s be clear that even if Navalny is commonly idealised by such simplistic characterisations as a ‘muckraking irritant to powerful Russians’ (the Guardian, UK)  he is actually pretty notorious for his racist and fascistic tendencies!

‘Stop Feeding the Caucasus,’ or ‘there are also ‘normal’ people in the Caucasus… whose life’s ambition is not about being wrapped up in a burqa and having 25 children, but about living a decent life like humans.’

And yet, in the middle of his troubling 30s-style fascist rants, he has the time and energy to present some rather opportunistic comments about the Russian state’s (genuinely unpleasant and unsettling) treatment of sexual minority individuals.

It must be remembered in this regard that there is no one-to-one fit between fascism/anti-fascism vs pro/anti-LGBT.

The example of Ernst Rohm is a clear example of this, as is Nicky Crane; plus a certain former BNP party princeling whose sexually-obsessed ravings over alleged party penetration and internal disruption by the ‘heterophobic homosexualists’ (sic!) are probably best skimmed over lightly here, as some would say they don’t really add much to the ongoing dialectics on this topic.

But all things considered, and with all due sobriety:

At this point in history, the idea that the post-Putin Russia that might emerge tomorrow will be some kind of liberal market utopia like Canada or New Zealand seems staggeringly unlikely.

The sober truth is that between Russia’s only partially exorcised Communist history and the National Bolshevism of Eduard Limonov, to name just two explicitly authoritarian and indeed totalitarian tendencies, any intoxicating fever dreams of finding a reincarnated Boris Yeltsin to do a fire sale of public property and turn Moscow into New California and St Petersburg into the Las Vegas of Eurasia, seem seriously misguided…

Ultimately, as with other dissidents such as Vaclav Havel (who coined the term ‘humanitarian bombs’ as a pledge of allegiance to help legitimise Bill ‘One Country Under’ Clinton’s neoliberal regime change adventurism) or the Dalai Lama (who presents himself as openminded about the eugenicisation of disabled children), the real man and the media music (certainly in some countries!) are undoubtedly very much at variance.

I hope that given the fact that many people are not familiar with the real Navalny, the foregoing information may well prove useful.
Now of course, as with any prominent political figure, caution must be used.
For example, an apparently false allegation of toasting the Holocaust has received sharp pushback, and it seems the story is false, or at the very least very much unproven.
It is worth taking the time to discuss this story in detail, in order to remember the importance of scepticism over allegations of criminally abhorrent behaviour relating to prominent political figures.
Navalny was previously alleged to have gone so far as to toast the Holocaust.
Oddly, 972 mag says that the Jerusalem Post had posted the same allegation; but clicking on the link from 972 mag, one simply ends up with a redirect.
This is rather unsettling, and raises serious questions about what has been going on here.
To complexify matters more, the Jerusalem Post has also provided an article discussing existing denials of this story.
There is also a discrepancy betwen the Jerusalem Post’s attribution of the story to European Jewish Press, and 972 Mag’s allegation the Jerusalem Post (could this be an earlier article that now only has a redirect?) had actually credited The New Times with the story.
At this point, given the cumulative history of the allegation (as distinguished from the actual allegation itself, per se) it seems very hard to credit the allegation of such vile behavior from a controversial political figure with any truth; unsurprisingly, we find again that not everything we hear about flamboyantly pugnacious political figures is well proven, or even necessarily true at all.
So, where does this leave the Ultra-Stalinistic cult of personality around the Neo-Fascistic Alexei Navalny, with his racially obsessed Limonovian hatemongering, his Gleichschaltungisch national revivalism, and his unbridled Leninistic fervour for radical change?
Well, if indeed any murderous act of poisoning has been perpetrated by Putin and any of his associates, then this is of course morally reprehensible and indeed an unconscionably undemocratic act of arbitrary violence.
However, such legitimate moral sentiments and judgments of principle need not overthrow the compelling necessity of moral clarity on the often naive idealisation of Russia’s opponents that are so commonly encountered by those who are willing to attribute all possible good to their allies, and all possible good to their enemies.
In the pursuit of truth, objectivity is extremely important, whether or not the object of investigation is deemed to be ‘worthy’ of it.
Truth is about more than just petty grudges.
There is a lot more at stake here than the pride of irresponsibly reckless, radical activists, as well as their wilfully naive comrades and abettors in the chattering classes.
Seems like it’s good for us all to drain down deep the winsome words of wisdom from another mythical, enchanted wonderland that has much love and honour for its dissidents, and sometimes even gives them some state awards!