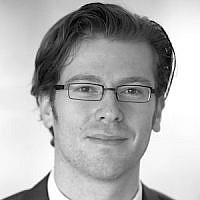 The Blogs
Michael Ben Aharon
Apply for a Blog
Advertisement
Please note that the posts on The Blogs are contributed by third parties. The opinions, facts and any media content in them are presented solely by the authors, and neither The Times of Israel nor its partners assume any responsibility for them. Please contact us in case of abuse. In case of abuse,
Report this post.

President Obama’s American University speech compared the debate on the Iran deal to the run-up to the Iraq war. In what was essentially an oratory delivery of a Peter Beinart column from two weeks ago, Obama accused critics of the Iran deal of being “the same people who were wrong on Iraq”.

Obama is right. The failures leading up to the Iraq war deserve to be examined, and their lessons applied to this momentous historical occasion. But instead of focusing on the bad decisions that were made, I suggest we focus on how the debate over the Iraq war enabled the final outcome. Dissenters were silenced. The media parroted White House talking points with limited scrutiny. Name calling and rancour poisoned political discussion almost like a sitting President comparing his congressional opposition to those chanting “Death to America”. The tactics used against Iraq war critics are now applied to those opposing the nuclear deal with Iran.

A key American ally is being demonised simply for disagreeing with the President. Its ability to survive on its own questioned. Donald Rumsfeld famously dismissed French and German criticism by classifying the two as exceptions, merely being “parts of old Europe”. Then it was France, today it’s Israel. According to Obama, support of this deal extends to every nation in the world “except Israel”. Perhaps a serving of “Freedom Couscous” in the Congressional cafeteria is just a matter of time.

Historic revisionism rules this discussion. In the Iraq war, Democratic support for unilateral military action in Kosovo was brought up. Even though regime change was never the goal, and a NATO sponsored action could not compare to Bush’s “coalition of the willing”. Now supporters of the deal can’t stop talking about Netanyahu’s support for the Iraq war. Often times, these supporters (Beinart included) underscore “Prime Minister Netanyahu”. Except he wasn’t “Prime Minister” Netanyahu at the time. In 2002, Netanyahu, a private citizen, retired from politics, gave an opinion that ran counter to the Israeli government’s position. Elected Israeli leaders were saying loudly and clearly that Iran is the real threat all along.

The poisonous atmosphere against critics of the Iran deal is palpable. The merits of legitimate criticism against a deal aren’t addressed. Think hard about the past month. How many scientists have you heard address whether 24 days are enough to scrub a site clear of nuclear military development evidence? Perhaps you heard a logical discussion on whether it makes sense for Iran to collect is own soil samples from the suspected nuclear military research site in Parchin? Or whether Iran was already violating the deal in a manner that will render it meaningless? Instead we’re being inundated by vicious personal attacks against Senator Schumer. His critics focus on his ethnicity and faith, rather than on the legitimate concerns he raises.

The similarities don’t end there. The Iraq war and the Iran deal share powerful advocates. Oil companies and arms manufacturers are among the largest supporters of this deal. In May, Exxon hired lobbyists to push for sanction relief that would allow it to enter the Iranian oil sector. The military-industrial complex had a clear interest in both the invasion of Iraq and the current deal with Iran. For them, this deal is a double bonanza. First, they get to supply Iran’s airline fleet. Then, the Obama administration plans to appease Israel and Arab Gulf nations with unprecedented weapon deliveries, providing a huge subsidy to the US arms industry. If this web of interests sounds familiar, it is only because the very same interests pushed for the Iraq invasion.

On the media front it’s 2002 again. White House talking points are repeated verbatim. The White House was caught in numerous lies: like the Obama claim (repeated in lat week’s speech) that Iran’s nuclear stockpile fell, when in fact it rose to unprecedented levels. Or the administration claim that “there is no secret side deal”, followed by the discovery of exactly such a side deal. These should all be major headlines, but journalists are not pouncing. Administration spokespeople enjoy an all too familiar aura of inviolability, and that is outright dangerous.

Bush administration officials used to ask his critics if they had an alternative to military action or whether they believed Saddam should be allowed to acquire WMDs. When cornered, the White House defaults to the same tactics – the “do you have an alternative” argument. Administration officials suggests a better deal doesn’t exist, and the only alternative is war. In both cases, this is a false dichotomy. There is always more than one option in diplomacy and policymaking. Critics are right to demand a better one. But just like in 2002, questioning the conventional wisdom comes with a price. Then – you would be called an unpatriotic coward. Now – you’re a dual-loyalty warmonger.

At the end of the day, the war in Iraq and the deal with Iran originate in a similarly flawed American understanding of the Middle East. There seems to be a gap between what Americans think they know about the region, and what they actually do. Bush believed democracy will spread like wildfire once Saddam fell. Obama believes this deal can “rebalance” the Middle East and magically turn Iran into a responsible regional actor. America’s regional allies disagreed then and disagree now. Rather than defer to those who live in the shadow of Iran’s threats, we’re being called warmongering alarmists. At the very least, it is an improvement over the “Axis of Weasels” of yore.

The Iran deal will have global repercussions for years to come. Its critics deserve your respect, attention, and real answers from the administration. If the Iraq war taught us anything, it’s that criticism should be taken seriously, and authority should always be questioned. Obama is right —  the Iran deal is just like the Iraq war. Only this time, he’s Bush.

About the Author
Michael Ben Aharon is a political risk analyst. He is the the founder and CEO of Golda Strategies, an advisory firm for international organisations operating in Africa. Michael recently returned to Israel after spending a few years living and working in Moscow; Washington, D.C.; Monrovia; Lagos and Casablanca.
Related Topics
Related Posts
Comments