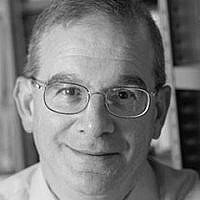 The Blogs
Steven R. David
Apply for a Blog
Please note that the posts on The Blogs are contributed by third parties. The opinions, facts and any media content in them are presented solely by the authors, and neither The Times of Israel nor its partners assume any responsibility for them. Please contact us in case of abuse. In case of abuse,
Report this post.

While President Obama has stressed that “all options are on the table” to stop Iran from developing a nuclear weapon, the prospect of an American military strike against Iranian nuclear facilities, even if the ongoing negotiations fail, appears increasingly remote. For many, the absence of a credible American military threat against Iran is consistent with a view of Obama as a weak, indecisive leader who is fearful of using force. Obama is seen to be a president who is constantly improvising without any ideological or intellectual compass to guide him.

In fact, Obama’s approach to Iran is no mystery. It can be explained as adhering very closely to traditional realist theory. As with his other major foreign policy decisions — the pivot to Asia, the withdrawal of American forces from Afghanistan, the tepid reaction to Russia’s intervention in Ukraine, and the unwillingness to commit substantial troops to deal with the crises in Syria and Iraq — Obama’s policy towards Iran is best explained by realism. To be sure, a realist foreign policy is not necessarily a good foreign policy, and Obama’s actions embody many of the shortcomings of this approach. Nevertheless, demonstrating that Obama’s approach towards Iran follows realism goes against the view that his actions defy explanation. Those who criticize Obama’s approach need to understand that their problem is as much with realism as it is with the president.

What is realism? Most agree that it is an approach or theory that describes the way the way the world works. Central to realism is the belief that the world we live in is the way the world has always been and will always be. In order to survive and prosper in this grim existence, one must work with the world as it is. Realism paints a very bleak picture of world politics: It’s a world where states struggle to survive as war is a  constant threat lurking in the background. In order to ensure their survival, states rely only on themselves. Especially important, great powers must avoid using scarce resources on marginal interests, and instead focus on what is truly vital. An American foreign policy driven by realism would avoid the use of direct force for most threats, would not get dragged into conflicts of peripheral concern, and would be ever mindful that the costs of an action not exceed its benefits. A policy of realism, then, is a policy of restraint. It is a policy that best explains Obama’s approach to Iran.

Obama’s policy towards Iran follows a realist path in that it expends limited means for limited ends. Obama does not want the Iranians to develop nuclear weapons, but he is not willing to pay much of a price to stop them from doing so. Obama’s refusal to do more than impose economic sanctions, reflects not only the substantial costs of a military attack, but also the belief that a nuclear armed Iran poses only a limited threat to America. Although Iran threatens American allies, such as Israel and Saudi Arabia, the threat it poses to the United States is less direct, making the use of American force less attractive. The threshold to use force in a realist world is high, and is not met by an Iran that does not directly threaten American vital interests.

Obama’s reluctance to use force is also explained by the forgiving attitude that realists have towards the acquisition of nuclear weapons. Many realists are sympathetic to countries that seek to acquire nuclear arms. In an anarchic and threatening world, where you have only yourself to rely on, nuclear weapons provide an indispensable life insurance policy for insecure state. It makes sense, realists say, for Iran, a country with many enemies, to acquire nuclear weapons. Far from being a threat, many realists see nuclear weapons as a stabilizing force for peace since it raises the costs of war to unacceptable levels. If Iran develops nuclear weapons, in this view, it can be contained and deterred. Far better to accept a nuclear armed Iran then to launch a risky attack. Just as former Presidents Clinton and Bush eventually accepted an “unacceptable” North Korean nuclear weapon, Obama’s reluctance to use force directly or countenance an Israeli attack suggests that he too would accept an Iranian nuclear capability should diplomacy fail. A policy of using limited means to deal with what is seen as a limited threat of Iranian nuclear acquisition is fully in accord with the benign view of nuclear weapons that is at the heart of contemporary realism.

Whether Obama’s realist approach will succeed with Iran remains to be seen. The point, however, is not to declare that Obama’s realist policy towards Iran is good or bad for the world, the United States or Israel. Rather, that far from being arbitrary, naive and muddled, Obama’s Iranian policy is consistent with realism. If one wishes to understand what he has done with Iran and is likely to do in the future, realism, for better or worse, is the best guide.

This post was adapted from a section of Prof. David‘s newly released study, Obama: The Reluctant Realist, published by the Begin-Sadat Center for Strategic Studies.

About the Author
Steven R. David is a Professor of International Relations and Vice Dean for Undergraduate Education at Johns Hopkins University. He specializes in international politics and security issues. Professor David is a member of the Begin-Sadat Center’s International Academic Advisory Board.
Related Topics
Related Posts
Comments