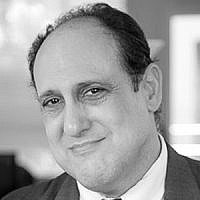 The Blogs
David Silon
Apply for a Blog
Advertisement
Please note that the posts on The Blogs are contributed by third parties. The opinions, facts and any media content in them are presented solely by the authors, and neither The Times of Israel nor its partners assume any responsibility for them. Please contact us in case of abuse. In case of abuse,
Report this post.

The recent elections in Israel resulted in a stunning victory for the Likud. The Israeli voters voted for Netanyahu, not because he’s seen as Israel’s savior, but because he’s less bad than the other pathetic choices, namely Herzog/Livni, now in the opposition. But let’s examine the name of the opposition party – Zionist Union. It’s a name that could very well have been applied to Likud.

When I was a kid, I received, in addition to my public education, a typical Hebrew education at my synagogue as well as some Hebrew courses in high school, as did the majority of Jewish kids in the US. Both were Zionistic in nature. In these classes, I learned how to pray (to an invisible man I’ve never seen before or since), I learned about contemporary Israel (not our homeland’s history mind you, especially pre-Zionist, that was taboo), and I learned about a country called Liechtenstein (trust me, I’m not making this up). That was what I was taught. And as a result, for years, I was under the belief that Jews from all over the world, especially refugees from the Holocaust, came to Palestine after a 2000 year absence, make the desert bloom, and created the new state of Israel while being humane to the “indigenous” Arabs, the result being a flourishing, contemporary country.

In later years, however, I came to understand that my Zionistic education was all a lie. All right, maybe except for “making the desert bloom” part, but the 2000 years of exile b***s*** certainly is. It is not only a spit in the face to all those builders and entrepreneurs, not to mention the great rabbis, that lived in the Land of Israel throughout the centuries, but it also deprives us of our history, our sense of self, of which the Zionist education system has done an excellent job – beyond all expectations. In fact, should a Zionist have been bold enough to teach pre-Zionist Israeli history at all, then the Jews were always portrayed as lazy sub-humans. Because of this brainwashing, two kinds of Zionists came into being – those who refuse to acknowledge our history, and those who do but just don’t care.

Now let’s set the record straight. When the Zionists first came, the land was already inhabited by Arabs (immigrants or the descendants of immigrants from the surrounding countries, and who were perfectly happy identifying themselves as Arabs), and Jews, the real indigenous people of the land and who had, long ago, already introduced hospitals, the first local bank, the beginnings of Jewish agriculture, and an education system, mainly religious but also the beginnings of secular education. There was also art and music and a certain way of life that had developed over the centuries. Even a fighting culture in some quarters. The Zionists introduced none of these, but on the other hand, they did create a situation to make it possible to expand what was already there into a national framework, and also kept pace with the newer technological innovations that were happening in the rest of the world. So I do concede, Zionism has done some good but only if put in its proper context.

Because Zionism has deprived us of our history, it is no wonder that we give such a pathetic defense of Israel in the international community. Cases in point: god gave us the land (I don’t know how people could face their family and friends after preaching something like that), land for peace (only a Zionist would come up with that one), and strategic depth. Several years ago, I remember an interview Dan Rather gave to Bibi Netanyahu before he became prime minister. During the interview, Netanyahu made this statement, “Israel giving up Judea and Samaria is like the United States giving up the Rocky Mountains”. HE ACTUALLY SAID THAT!!! But Netanyahu could very well have been the spokesman for everyone else in the Knesset, whether left or right. To a Zionist, Israel is not an ancestral homeland but a military chessboard. Holy, sacred and historical sights mean nothing to them. Consider Begin and Sharon, who violently expelled Jews from the Sinai and Gaza respectively, because they were seen as settler occupiers. It sort of makes one ashamed to be Jewish.

In closing, it is important to note that it is not because of Zionism that Israel has made so many impressive accomplishments over the years, but because of people who choose to work hard. And making Aliyah and contributing to the economy is also not Zionism – unless you also trash your history and roam around the country acting like a jerk.

About the Author
David currently lives in the San Fernando Valley as a freelance writer. He is totally anti-Zionist and has, for years, been a pro-Israel activist especially in regards to Judea, Samaria, and Gaza (see his site JudeaSamaria.blogspot.com), and Palestinian Jewish refugees (see his site PalestinianRefugees.blogspot.com). His booklet, The Occupied Territories [by David Marc], about the indigenous peoples of the Middle East, currently on Amazon, is a must-read.
Related Topics
Related Posts
Comments